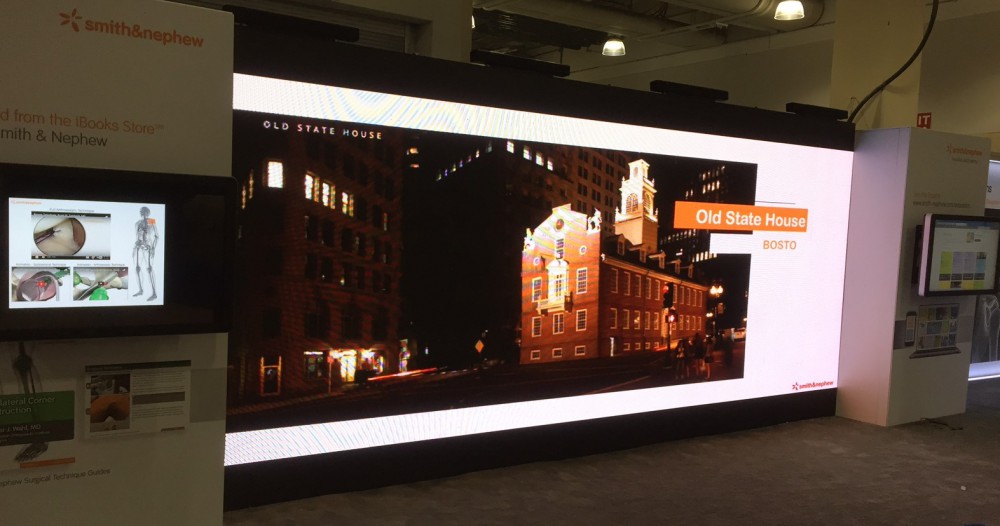 BOSTON – When global medical equipment giant Smith & Nephew was looking for images to dress up its booth at the Arthroscopy Association of North America convention, the company didn’t have to search any further than the event’s host city. Over 17 million people visit Boston every year, easily placing the city among the top ten tourist destinations in the United States. Many are no doubt drawn by the picturesque and historic structures that help give this city its compelling character. Darren Lussier and Brian McNamara of Image Production Services drew on these iconic local images to create a “Boston-Scape” wall at the Smith & Nephew booth, using the PVP X3 LED video panel from CHAUVET Professional.

For the doctors and other medical specialists from around the world who attended the convention, images of Fenway Park, Faneuil Hall and the like provided a welcome respite between lectures on weighty topics like “Comparison of Femoral Tunnel Geometry” and “Anterior Cruciate Ligament Reconstruction.”  On a more serious note, the LED video wall also displayed tutorials as well as testimonials about Smith & Nephew’s joint replacement systems and sports medicine products.

“The video wall served a variety of functions, while dressing up the appearance of the booth,” said Lussier. “Generally speaking, there are not a lot of good visuals at a convention such as this, as opposed to something like an auto show, so the video wall really helped warm up everything, in addition to conveying important educational material.”

Image Production Services used 55 PVP X3 tiles to construct the 8’ by 18’ wall along the side of the Smith & Nephew booth. Lussier and McNamara created and edited the Boston-Scape content selecting “images that represented the Boston experience.” They also edited educational and commercial content provided by the client.  The pair used a 1920 x 1080P source from an iMac into a Barco ImagePRO to feed images to the wall.

With a pixel pitch of 3.9mm and 16,384 full black body SMD2121 Tri-Color (RGB) LEDs, the PVP X3 had no trouble displaying clear crisp images that looked sharp even when seen from close distance on the convention floor.  “This was a wall that people could walk right up to when they passed the booth, so clarity was extremely important,” said Lussier. “The pixel pitch of the PVP tiles was ideal for this application.”

The Image Productions Services team ran the bright PVP X3 panels at one-third power because convention goers were so close to the wall. “At this level the wall was perfectly viewable to walk by foot traffic,” said Lussier. “Our client got a lot of very nice comments about the Boston-Scape images. People enjoyed the local color; it made them feel better at the client’s booth, which I’m sure made them more receptive to the client’s message.” 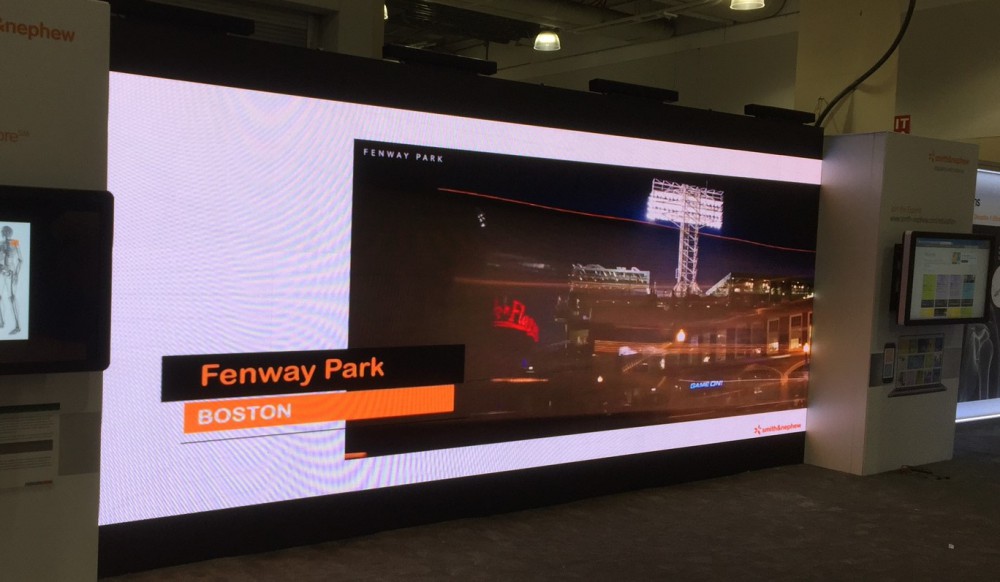