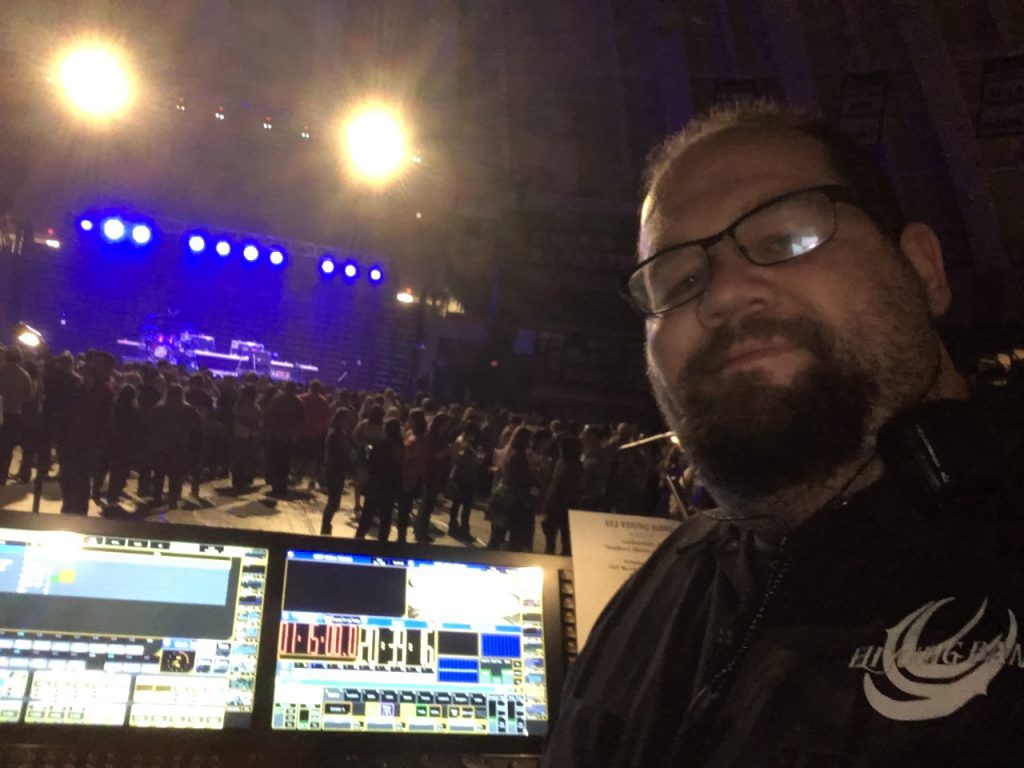 Although they’ve won an Academy of Country Music Award and have seen three of their singles top the Billboard Country Charts, the Eli Young Band has remained true to their Red Dirt Country roots. The Denton, TX quartet still maintains a rough and ready touring schedule, bringing its snappy brand on West Texas Swing to music halls throughout the USA and overseas. Riding the bus (or plane) with them is their lighting designer Dave Carr.

With its big bold looks, Carr’s design style matches up well with the band’s high energy musical mix. His easy going personality is a good fit with the group too. How else to explain why after 450 shows together, the relationship between this talented LD and the award-winning band is still going strong. We caught up with Carr to talk about life with the band.

So how did you hook up with the Eli Young Band?
“It all started in collage, I needed some more units for my scholarships and found a stage lighting class and thought that might be fun. After the class I got hooked up with the local lighting shop and ended up working full time. A good friend of mine was the Eli Young Band’s account rep at Morris Light & Sound. When they were looking for someone new for lighting, he gave me a call. I haven’t looked back since.”

Did you and the band hit it off right away? Did you know that this was going to be a long term relationship for you and them?
“Yes we did. The band was very eager and excited about building on our relationship – and I was too. I really didn’t know what I was getting into when I took on the job of lighting for Eli Young, but it’s been fun.”

Can you estimate how many miles you traveled (or gigs you played) with the Eli Young Band?
“So far I have done 450 shows with the band since September 2013. We’ve been to five countries outside of the USA, flown almost 300,000 miles, and driven across America seven times in a bus.”

Does the band get involved in your lighting design?
“They get involved to a point. There has been trust built up between us. They will give me some songs to work on and I’ll put it together and run it during sound check with them and they’ll give some feedback on it or we will sit down and watch some of the show videos and take notes of things to tweak.”

Do they get involved in your decision to add fixtures to the rig?
“No, they don’t get involved in the decision of fixtures. Sometimes it will be ‘hey those things are really cool,’ or ‘can we have these?’”

What are the big advantages of having a good long term relationship with a band?
“I would say the big advantage is you really get to know the band and their music, such as when things will happen musically and so on. You never want to get complacent though. I’m always on the lookout for new ideas and new fixtures to use or new ways of doing the same thing.”

“In my view, you have to tweak things constantly as a designer, making changes here and there, either on the video content side of things or on the lighting side. When working with the same band all the time like this, it is easy to get into a rut and not change things. So it is good to take time to change things every so often and try and keep it fresh.”

“We only carry a floor package currently, so it is fun to see how my programming fits into different systems across different fixture types. Some things work and some things do not. I love the fact the band gives me the opportunity to take chances and try different things.”

What is the secret of a good band- LD relationship?
“Trust is the most important thing I would say. If they don’t have the trust or the confidence that what is supposed to happen will happen, then they might worry about whether or not I will hit my mark or if they will hit their mark. The thing I try to remember all the time is that it is their show.” 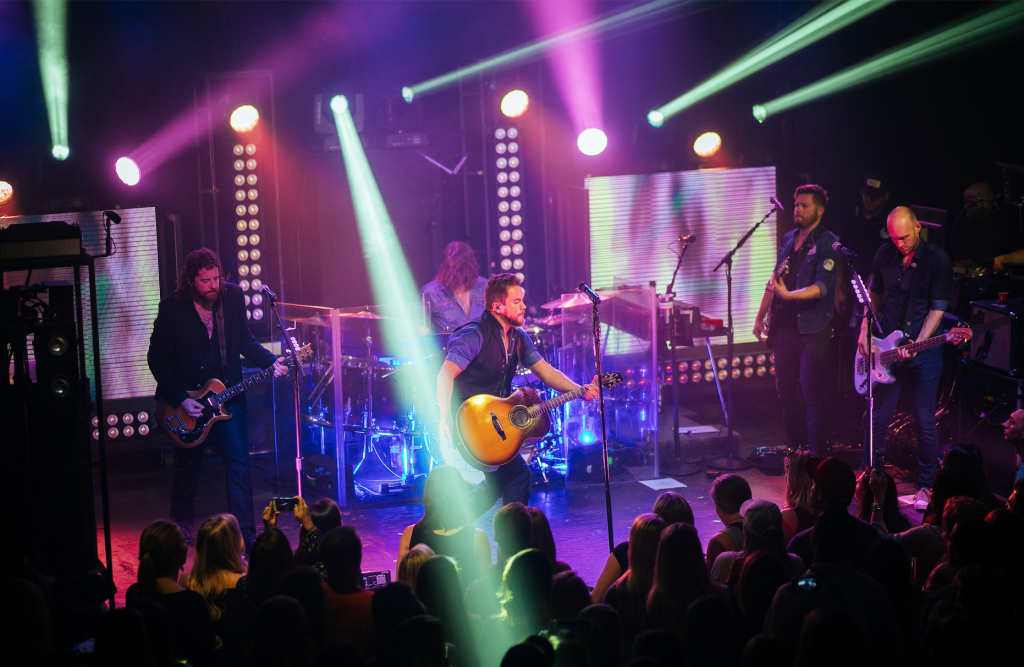