A lot of music history has reverberated off the walls of The Brook, a former Victorian pub turned live performance venue. Bill Wyman has jammed on its tidy stage, so too have  Billy Bragg and other legendary UK stars. Now a bit of the future is shining of its storied walls too, as GLS lighting has given the club an LED lighting upgrade with some 30 CHAUVET Professional fixtures.

The change began during the COVID lockdown when The Brook’s director Nick Lewis saw an opportunity to define a new vision that would take the prestigious venue, which began hosting live music in 1994, to new levels whilst also committing to reducing its environmental impact.

Having worked with The Brook for over 20 years, local install specialists GLS were brought on board to transform the club’s outdated lighting system with a modern, flexible LED installation with the idea of enhancing its stage shows whilst also minimizing its carbon footprint. 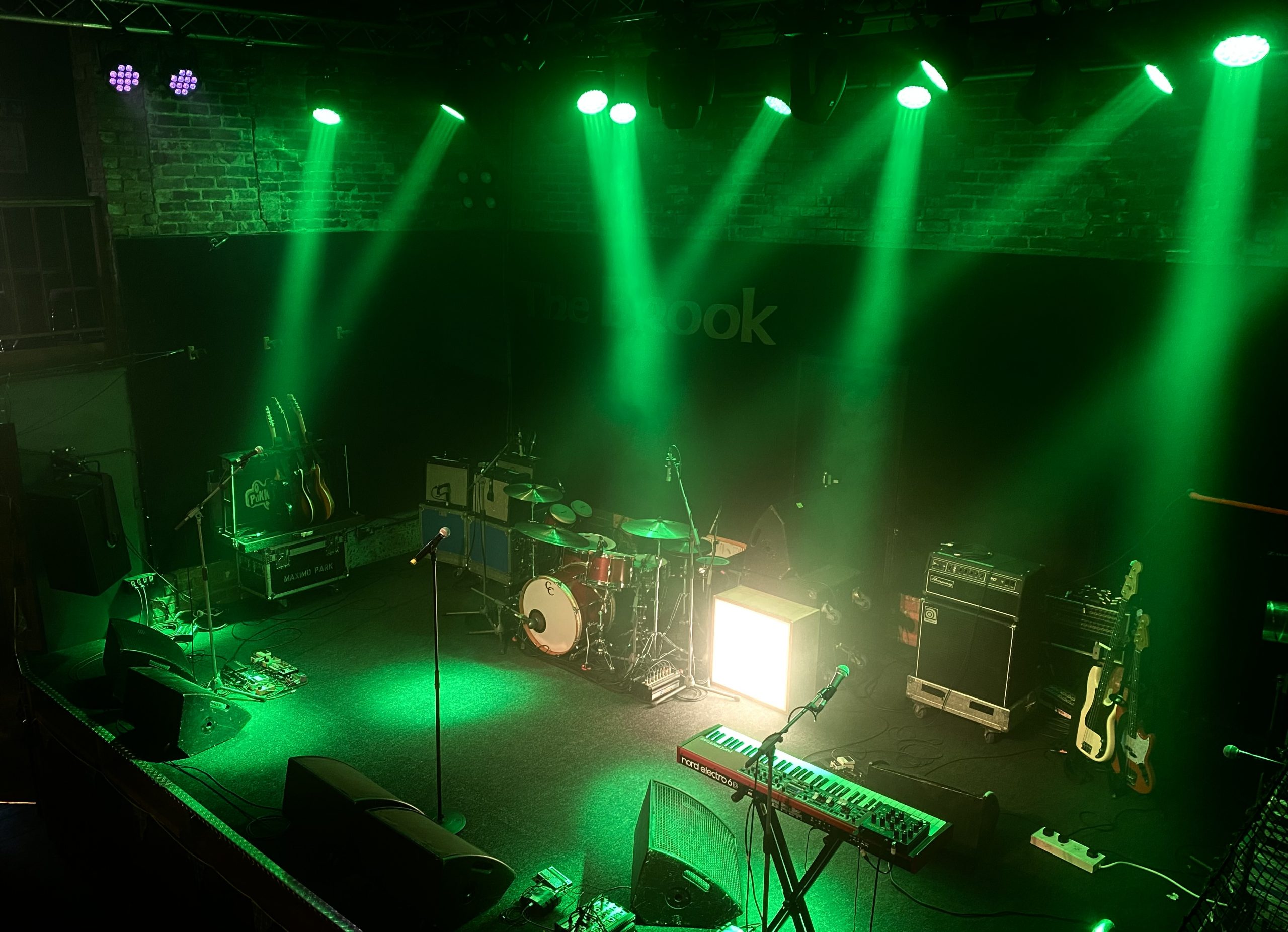 With the primary focus of the family-run Southampton-based venue firmly placed upon audience experience and satisfaction, Lewis was all too aware of the importance of providing the two-tiered venue with a stunning up-to-date array of visual tools to award the artists on stage with a sense of grandeur one wouldn’t normally expect from a venue renowned for its intimate and close-knit performances.

“The Brook is a venue that has built a strong heritage around its eclectic musical program,” commented Lewis, who took over from his father after he sadly passed in 2017. “As a result, we knew that we needed to go for an industry-leading manufacturer of lighting to cater for a new generation of artists, an investment which will hopefully help to grow our reputation further.” 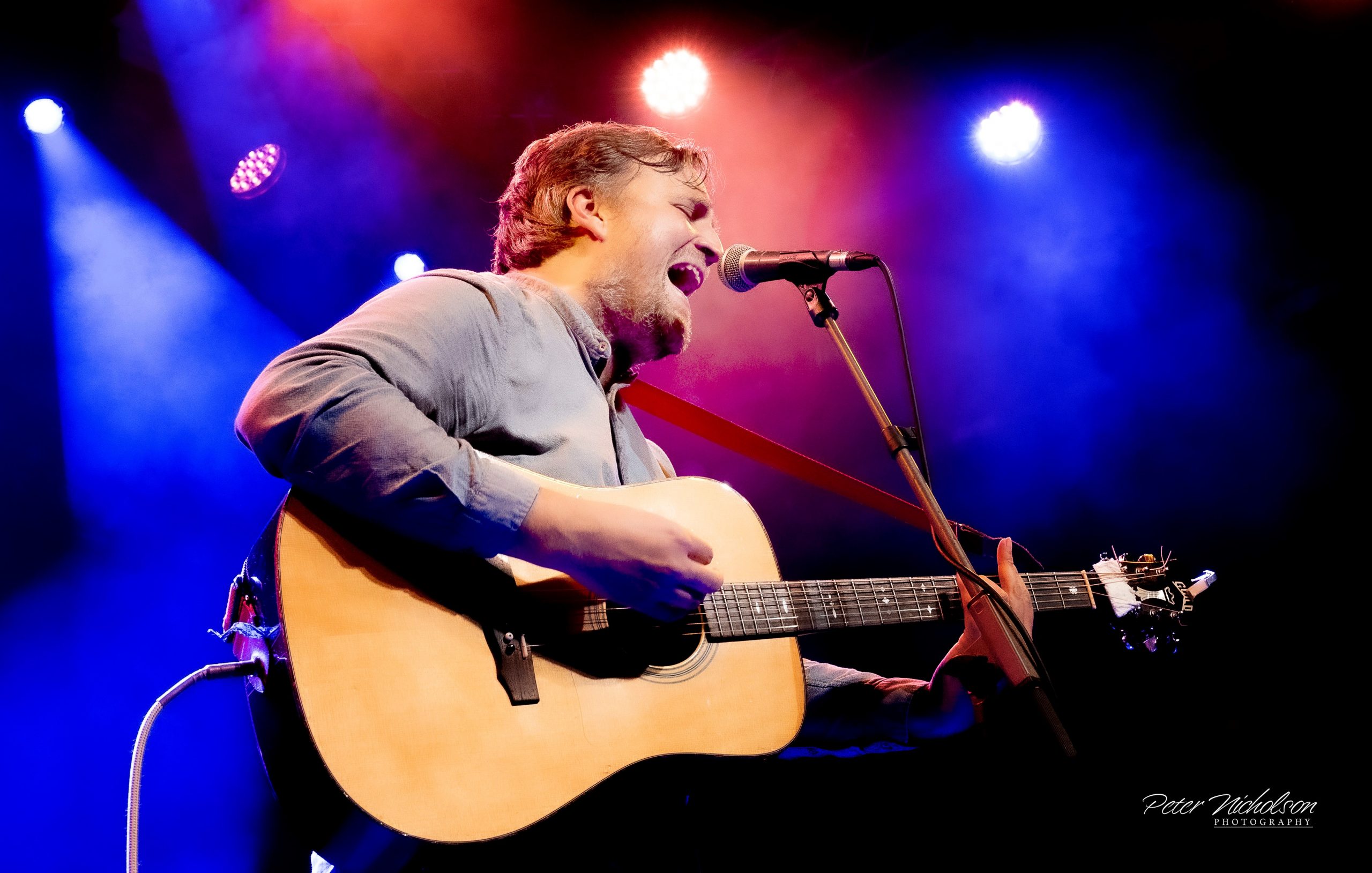 Ian Turner of GLS sought to provide a practical yet versatile lighting package. Positioned from above stage trussing in the middle of the wrap-around balcony, the Rogue R2X Wash and R2X Spot fixtures provide the basis for powerful and impactful looks, with a combination of rich-colored wash and vivid gobo beam effects adding to the visual clout of performances with atmosphere and depth.

To provide dashes of key light from all sides of the stage, Turner positioned the COLORdash fixtures from centrally mounted trussing above the venue’s infamous bar. Peppering the live performances with additional eye candy and bolts of visual energy, the four STRIKE 4 Blinders complete the setup with their position on all four corners of the stage.

“CHAUVET Professional fixtures represent excellent value for money for venues of this size,” commented Turner, who was also part of the team responsible for installing the venue’s original lighting system 23 years ago.  “Lewis and his team at The Brook needed bang for their buck, bulletproof reliability, and support that will help them last the years, and Chauvet brings all of this to the table.” 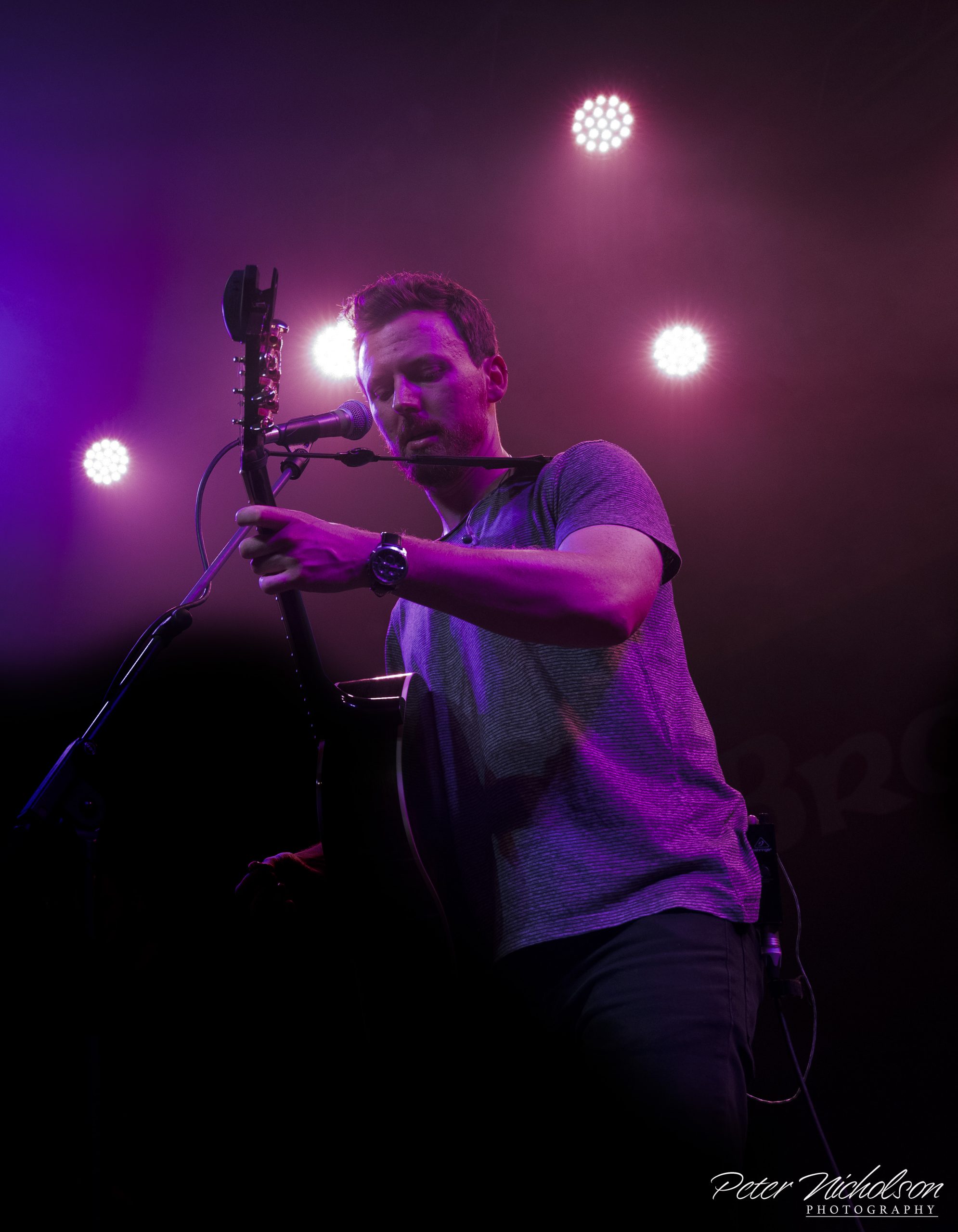 In addition to providing visiting bands of all sizes with a toolbox of versatile looks, the efficient LED technology embedded within the fixtures also guarantees a number of practical advantages for the venue in terms of maintenance and running costs. Perhaps most importantly, however, the fixtures provide a significant contribution to Lewis’ vision to create an all-around greener venue with a reduced carbon footprint – an important factor for younger generations of environmentally conscious music lovers.

“Knowing that the whole Chauvet system was going to use around 50% less power than the outdated rig which we had used before was quite honestly the most memorable part of the project,” continued Lewis. “We have already had a great response from touring engineers with the likes of Easy Life and The Brand New Heavies having all been very complimentary of our choices and setup.”

Other touring acts like Bastille and Iggy Pop have also been booked to play at The Brook, ensuring that the club will remain a vibrant part of the live music scene for many years to come, only now with a more dynamic and eco-friendly lighting system