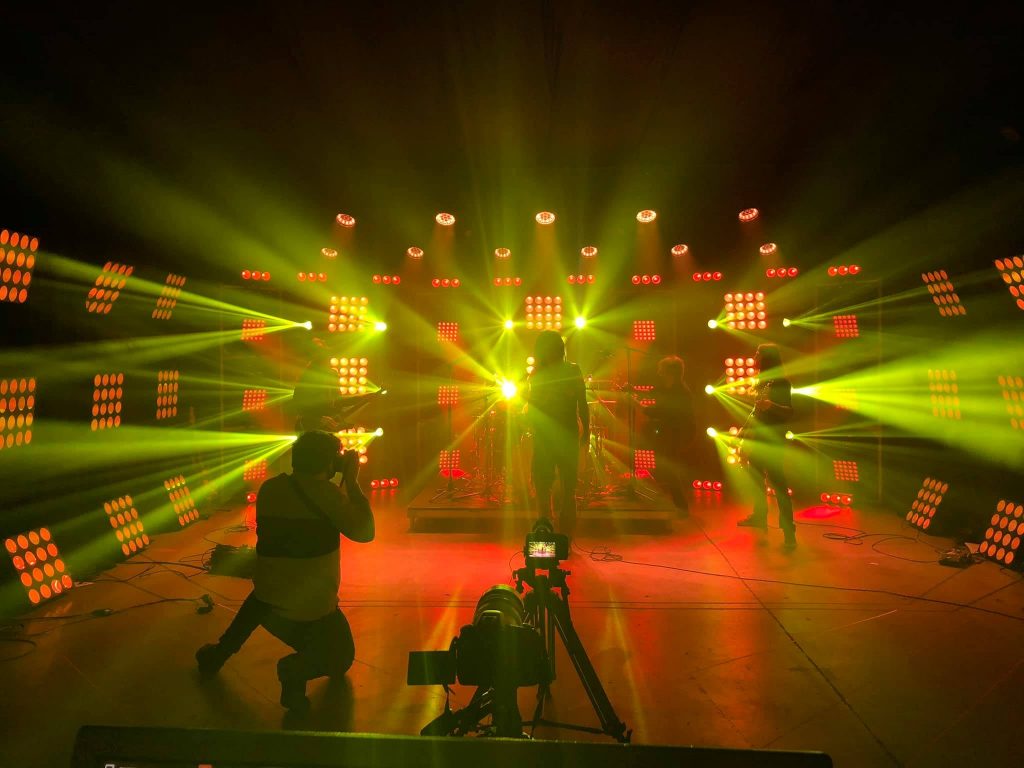 ST. LOUIS – Harmony arises when opposite forces are balanced. Gerry Dintelman demonstrated this ancient philosophical principle in convincing fashion in late March and early April when he lit “I Watched Music On The Internet,” a four-part six-hour livestream marathon featuring 11 different bands.

Dintelman’s harmony wasn’t of the gentle flowing yin-yang variety either. Instead, it was a ferocious outpouring that balanced intensely colored washes from set pieces with the piercing sharp-edge flashes of beefy movers.

Playing the two opposing visual forces against one another, Dintelman created a design that fit tight as a glove as it gave each band a unique look. He accomplished this with help from a large collection of CHAUVET Professional fixtures that included Nexus 4 x 4 and NXT-1 panels along with Rogue R2 Beam and R2 Wash moving fixtures, all supplied by Arch City Audio Visual Services.

“This series was created by Arch City and the Sinkhole a local live music venue, as a means of showcasing different bands during the pandemic,” said Dintelman. “ My co-designer Kevin Kwater and I knew that we would have to create a variety of looks to reflect each band’s personality. Since the videos were shot at the live stream space Arch City created in its warehouse early in the pandemic, we had a lot of fixtures at our disposal. So, we broke the rig apart in various ways to give each band its own look, while still building on our show throughout the series.”

Creating the wide range of dynamic looks Dintelman was after required not just a large number of fixtures, but also different types of fixtures that performed varying roles. “The Rogue R2 Beams and the Nexus panels are such opposite fixtures, they gave a nice contrast,” said Dintelman. “Throughout the series we balanced the the flood wash of the Nexus with the hard edge beams of the R2s.” 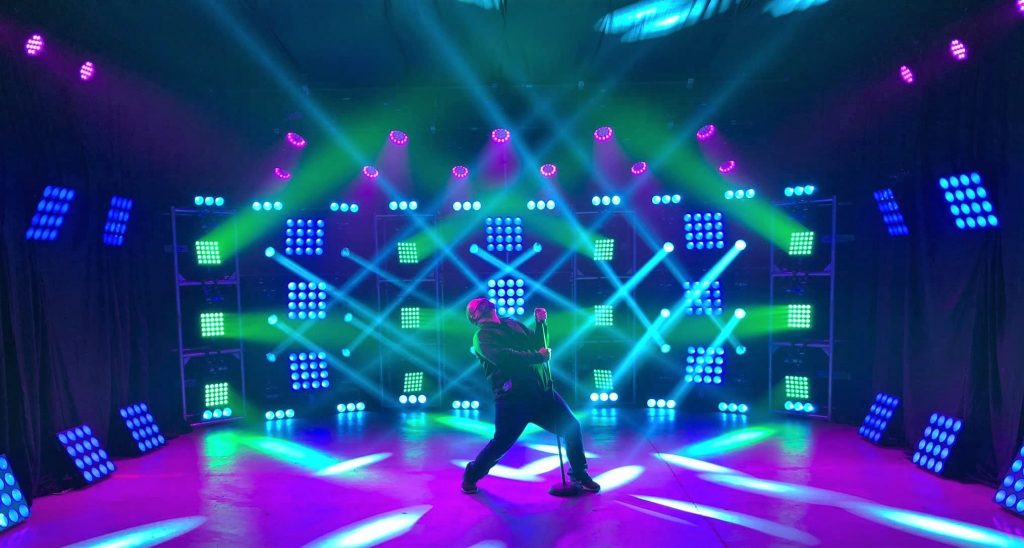 Dintelman choreographed the beams and washes with precision, creating chase sequences of darting beams across the stage in different directions between intense flashes from his panel fixtures. By varying the sequences and directions of the beams and changing the duration of the flashes, he was able to conjure up a continuous flow of new looks throughout each of the four shows.

The 27 Nexus panels endowed the rig with its shape, wrapping around the stage in a 9×3 grid. “The whole idea behind this design was to make a wall of light,” said Dintelman. “We wanted this wall to be intense, so we squeezed as many panels as possible into it.” 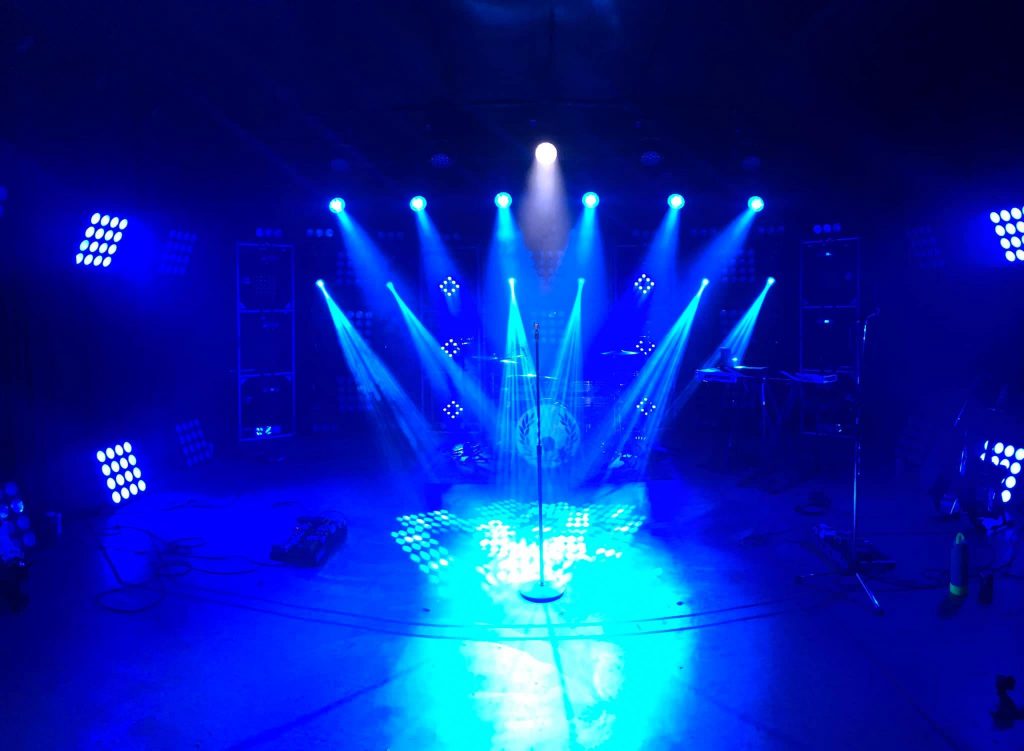 In addition to its pulsating movements, the rig exuded energy through the rich color combinations created with the Nexus panels as well as its 18 Rogue R2 Beam fixtures and 12 Rogue R2 Wash units. “As an LD, I generally do like using bold color palettes, but it was especially effective with this rig because of how in-your-face this design was,” said Dintelman. “Doing complimentary colors like red on the wash and cyan on the beams and front light really made things pop, and gave it depth.”

Dintelman punted for the first three livestreams in the series. The last show, featuring national acts The Lion’s Daughter and Hell Night were preprogrammed.

For Dintelman, the series was a music and light odyssey, pulling in divergent sounds and sights to create a seamless experience for live stream viewers – and that is what balance and harmony are all about.