NEW YORK – Legendary frontman Ian Astbury and The Cult have “always been fans of warm blinder light from a low and back position,” says Matt Guminski, the band’s lighting designer, programmer, and operator.

For his part, Guminski is a self-described “fan of contrasting warm tungsten (or a proper tungsten emulating LED), that works harmoniously with the bold & saturated colors of LED or discharge lamp fixtures.”

This alignment of preferences came together beautifully this summer, much to the delight of another group of fans, namely those who turned out in droves for the band’s “We Own The Night” North American tour. They got to enjoy the raw, hard-driving sound that has made The Cult one of the most influential rock groups in history, along with an equally intense lightshow, punctuated by some fierce back and side lighting set against deep washes of red, blue, and other colors. 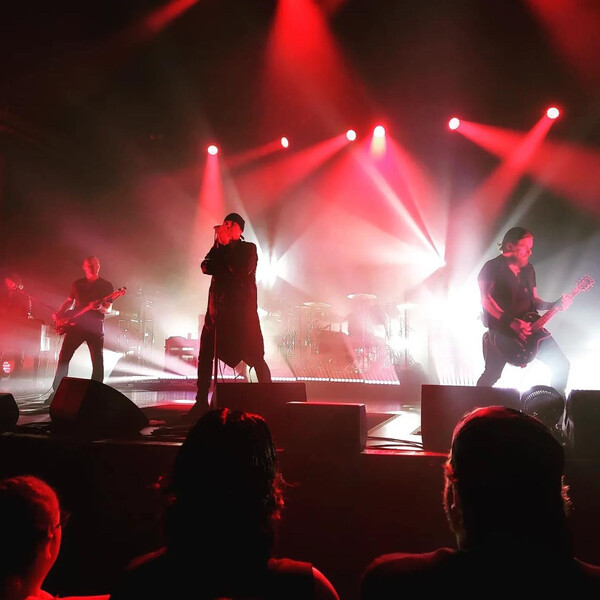 “Doing bumps between a rich saturated LED look and warm bright blinder hits always provides big dramatic looks, which is what we did on this tour,” said Guminski. “We also went with multiple types of silhouette looks. This harkens back to Ian’s desire for a less traditional rock show, more like Bauhaus/Nine Inch Nails. Chiaroscuro is the name of the game. A clear tonal contrast to suggest the volume and modeling of the band. The more silhouettes, contrast, and darkness the better.”

Helping Guminski create these powerful mood-intensifying looks was a collection of CHAUVET Professional STRIKE fixtures, which, like the rest of the rig, were supplied by Gateway Studio and Production Services of St. Louis. “Big thanks to Cosmo Wilson and the team at Gateway,” said Guminski. “They gave me excellent advice on fixtures, including recommending the STRIKE Array family.” 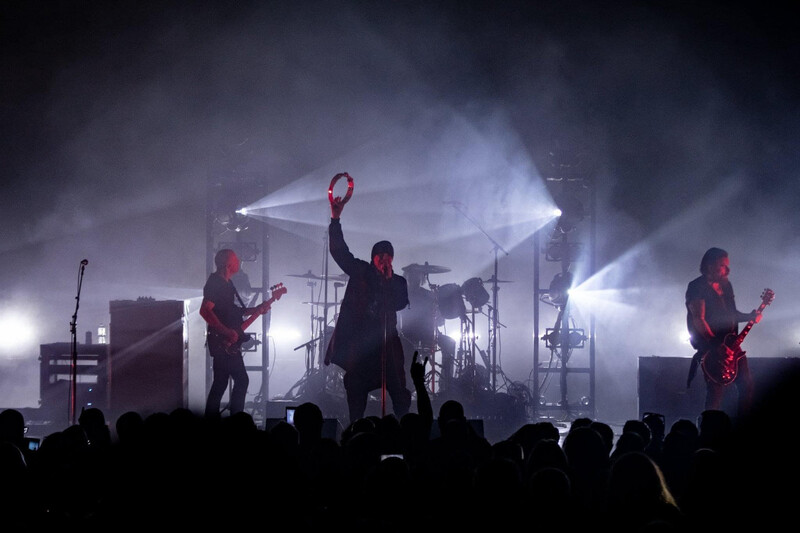 Together, these fixtures gave Guminski what he calls “a big wall of tungsten-like light.” Working with this wall, the popular, highly-regarded designer created multiple layers of blast hits and effect chases to set different tones and create different auras (all of them intense) on stage during the show, which ranged from 75 to 90 minutes in length.

Throughout the tour, Guminski continued to evolve his show.“Mostly because we were only carrying a floor package I did have to go and tweak things which were part of the house provided air package,” he said. “But in general, with me, it’s never been what you see on show one is going to be what you see on the last show. While they might not be huge global changes, there will always be little tweaks here or there.”

Given that The Cult tends to want to minimize front light, Guminski had to come up with ways to illuminate the artists on stage against the high contrast back light. He created some very memorable looks on this tour by hitting the performers with light from multiple angles. 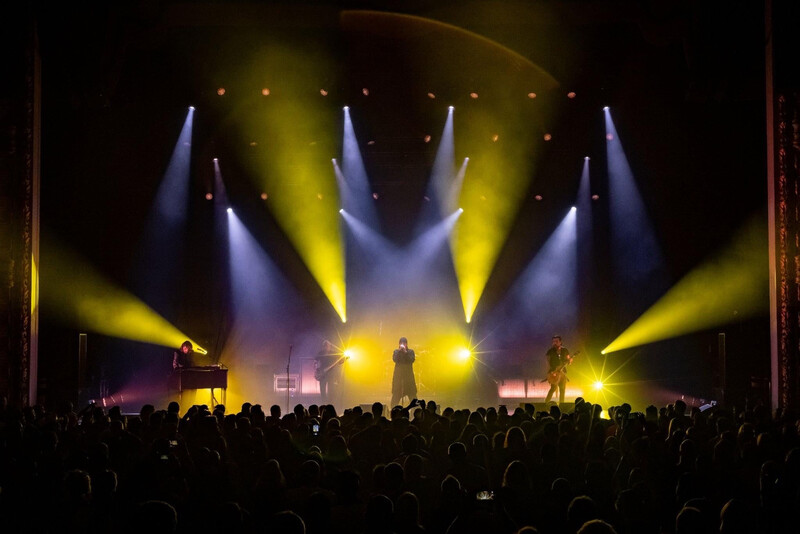 “I’ve always loved taking a whole system of light and putting it on a performer during an important part of the song, like a solo for example,” he said. “I find that this look has come from my theatrical background. It also cuts through all the other looks on stage and serves as another way to create some sharp contrast.”

Guminski also used different parts of his rig to vary looks. One of his favorite points in the show was at its start when he used his floor package almost exclusively on the song “Rise”, while another was at the shows end, when he called upon the power of the entire rig to create larger full rock show looks for “Love Removal Machine.”

“I like to tell a story with the lighting, like the artist is telling their story with the music,” he said. “This has always been something that I’ve harped on, find the peaks and valleys of the set and take the audience on an epic journey that they will never forget.”

In the process, he created a continuous flow of compelling and captivating looks. Not surprising… after all, what else can be expected when a talented designer and band that knows what they want, have their visions aligned? 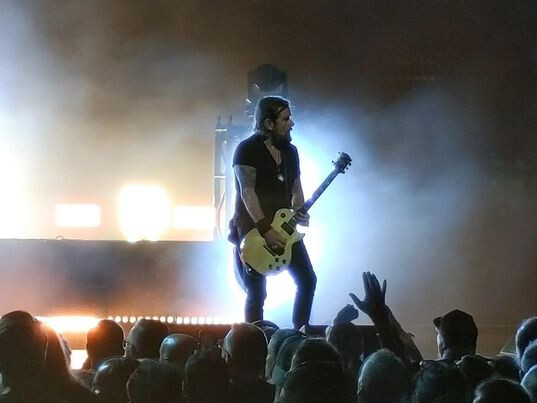