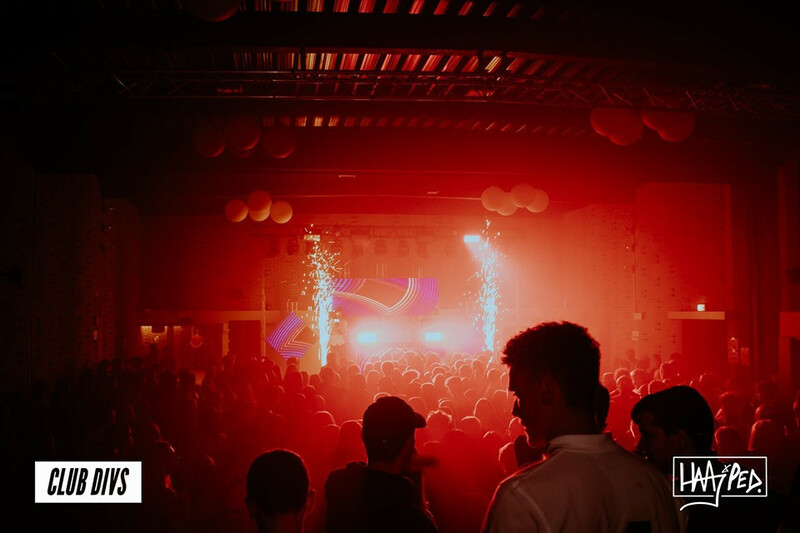 REET, BELGIUM – By eight Mozart had composed his first symphony. At nine Chopin wrote a polonaise for the solo piano that is still performed today. Cedric Duré’s accomplishments may not be quite as far reaching as those of these prodigies, but the precocious 15-year old is already making a name for himself in the world of entertainment lighting.

Demonstrating a level of nuanced sophistication far beyond his years, the Antwerp teen has been immersing crowds with deeply evocative lighting designs that command attention without detracting from the performance on stage. This was evident in a recent sold out show that he did for DJ DIVS (16-year old David Demuynck) at Gildenhuis Reet, using a rig anchored by CHAUVET Professional fixtures supplied by BOS Events.

“The main goal of this event was not to make money, but to show the world what we can do and that age is not a mattering factor,” said Duré, who worked with friend vee jay Nikolay Gelshtein, on the show, which was run with a ChamSys MagicQ MQ500 Stadium console. “Club DIVS 2019 was the first edition but we want to do this every year. Club DIVS 2020 will take place on September 18th in the same venue. We hope we can go to two events per year soon in different locations.”

In keeping with their goal of demonstrating publicly kind of inspired design they were capable of achieving, Duré’s and Gelshtein set a high bar for themselves. “We treated this as if it were a Martin Garrix show or something like that,” he said. “One of the challenges was to create a show that the Gildenhuis club had never seen before. Well, as far as I knew they never had a show with LED wall and SFX. So, I drew in lasers, confetti machines, effects that emulated fireworks, and foggers. I also designed a panel layout with depth and different shapes.”

The two friends preprogrammed their entire show. “We had a five-hour laser timeline and every track had a different offset,” said Duré. “So, if the DJ played his tracks in a different tempo it wouldn’t matter because then the timecode would go slower and our laser show would still be perfectly in sync.” 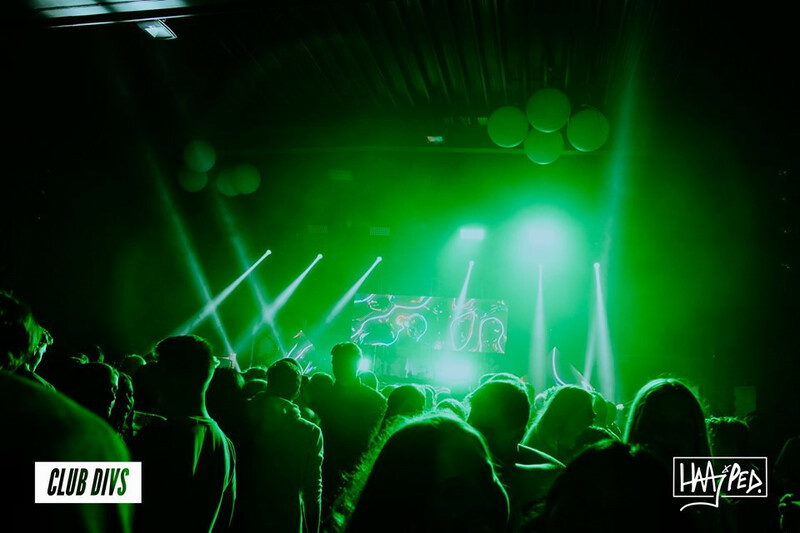 A group of six of the Rogue R2 Wash fixtures were flown on the top of truss for specials and audience washing, and two additional units were called upon to provide front lighting. To create strobe effects, Duré used four COLORado Panel Q40 hung from truss. A pair of the panels were used to wash the DJ booth in color.

Duré had five Strike P38 fixtures for blinders, and 7m² of PVP 6 tiles for the video wall. He also used two laser units, two cold spark effects, two electric confetti machines, 10 CHAUVET DJ Intimidator fixtures for aerial effects, specials and audience lighting, and five Freedom Par Quad uplights to accent the club’s back wall. “The Gildenhuis has a very nice wall pattern with bricks so I wanted to highlight that too,” he explained.

Looking back on his experience, Duré recalls that some of the people who visited Gildenhuis for Club DIVS were incredulous that the show was created by people so young. “Are you sure it’s just a teenage party,” they asked. It’s a question that this young designer has heard on more than a few occasions. Chances are something like it was also heard by the likes of Mozart and Chopin when they too were getting started.