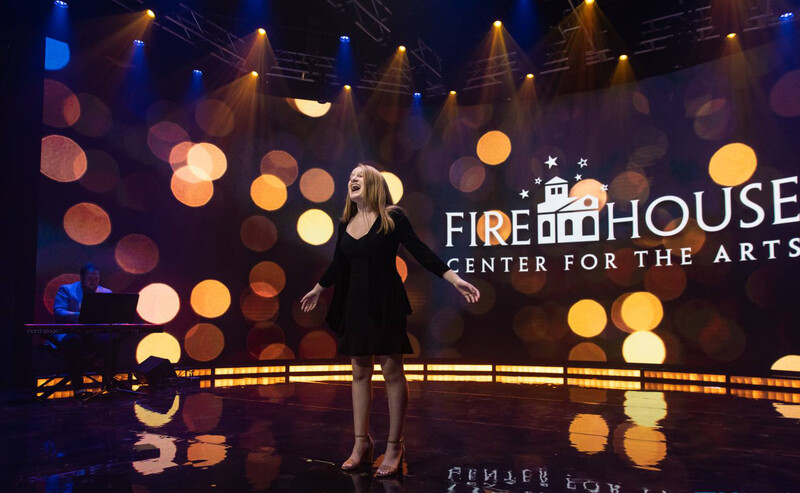 DERRY, NH – Normally, the intimate theatre at the Firehouse Center is bustling with activity, as it hosts a wide variety of performances from violin recitals to Broadway revivals. Sometimes, even major stars like Howie Day and Tom Rush drop in to support the nonprofit with benefit shows.

Since the arrival of COVID-19, however, the stage at this 191-seat venue has fallen largely silent. The absence of shows has not only cut off a vital source of funds for the center’s far-reaching programs, it‘s also deprived the talented young people that Firehouse Center supports with an opportunity to perform in public.

This October, the center’s organizers did something about both issues, when they journeyed 37 miles from their coastal Massachusetts town to Studio Lab in New Hampshire where Events United produced “Firehouse Ignites,“ a fundraising livestream that required a donation (suggested at $75) to access online.

Reflecting the diverse range of the center’s programs, the 95-minute livestream featured 20 different performers. The Events United team kept pace with this diverse entertainment mix with help from a versatile lighting and video rig that featured 60 CHAUVET Professional fixtures and a 52.5‘ by 13‘ curved LED wall made of F2 LED panels. 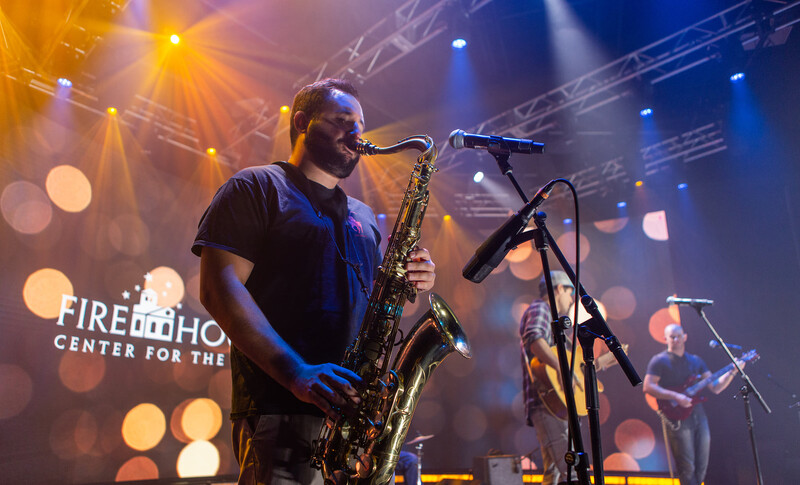 “This was a fun project for us,“ said Tim Messina, owner of Events United. “The scope of the program was quite broad since we had so many different acts. This opened a lot of creative possibilities for us.“

Providing a warm and inviting background for the Firehouse Ignites performers was the set’s video wall, which featured a series of circles in engaging amber tones. “Our creative process began with sourcing an image for the video wall,“ said Jon Martell, who served as the Technical Director for the livestream. “After that we built our lighting around the wall.

“Our color scheme was loosely based on the client’s colors,“ continued Martell. “We went with the circle patterns because they created a friendly, supportive image that helped the transition from act to act. At times, the circles made it look like there was a crowd in the background holding up candles or cell phones.”

The Events United design team, which included Producer Chase Clark, L1 Ryan Lane, A1 Kevin Smith and Playback Trifon Athnos, added an elegant touch to the livestream by arranging 15 COLORado Solo Batten fixtures at the base of the curved video wall. Colorful light from the high output RGBAW linear fixtures shimmered elegantly off the polished set floor, giving the show a finished look. 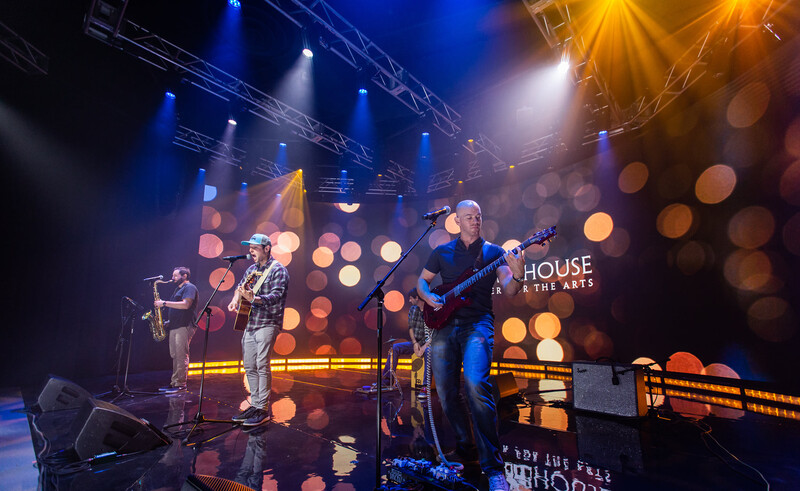 “We recently added a high-shine Marley floor to increase the production value of our livestreams,” said Martell. “The reflection of the light from the battens and the circular patterns from the video wall on the floor gave the stage a nice textured dimension.”

A collection of 24 Maverick MK2 Spot fixtures flown on U-shaped upstage truss as well as on two rows of mid-stage truss provided downlighting and specials. Drawing on the gobo features, 3-facet prism and 14.7° to 40.5° zoom range of the 440W LED movers, Ryan Lane was able to keep looks fresh and original for each of the program’s performers.

Together, the bright front lighting, reflective set floor and curved wall backdrop created a stylish setting that made each of the program’s 20 performers shine. In so doing, they not only helped raise funds for the Firehouse Center, they also supported its core mission of aiding aspiring artists.