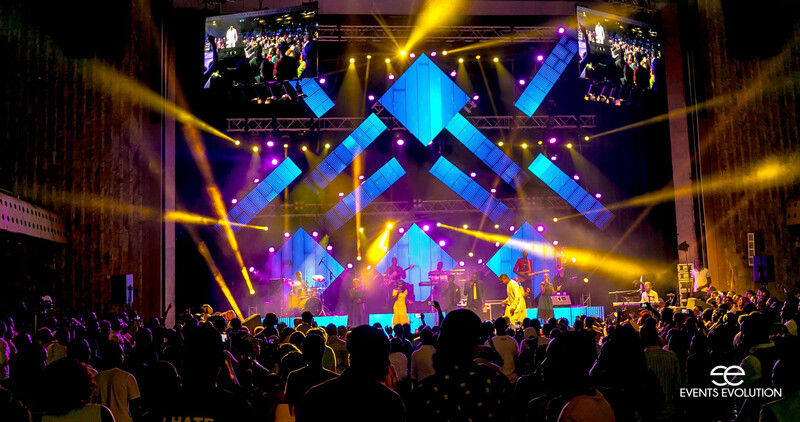 HARRE, ZIMBABWE – Calling Worship Experience 2020 “inspirational,” is akin to describing the Ferrari 812 as merely “fast.” This year’s edition of the annual gathering at the aptly named Rainbow Towers in this nation’s capital was an ecstatic, full throttled celebration of hope.

This was beautifully evident in the musical segment of the event, which was organized by Kayse Connect, to showcase new talent, with a special emphasis on Zimbabwe’s abundance of emerging women artists. Soaring with the voices on stage was a bright, bold, and fast-moving 5-universe lightshow designed by Blessing Bero and programmed by Tatenda Gaylord Rushwaya of Events Evolution that featured Maverick and Rogue fixtures from CHAUVET Professional. 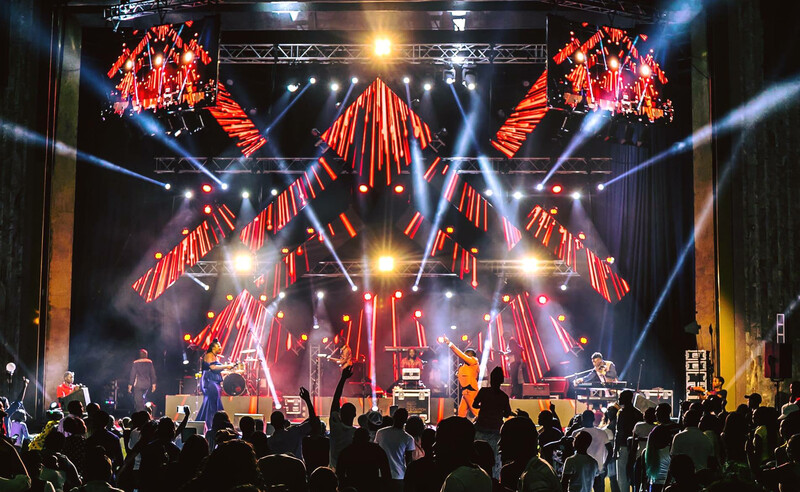 Relying on the intense output of the Maverick MK2 Spot, Rogue R2 Beam, and Rogue R1 Beam, Bero and Rushwaya sent brilliant multi-colored and white aerial effects in every direction, symbolically raising the visual voice of the stage in concert with the uplifting music. They also added depth to the stage by crossing beam patterns and playing light off against the video panels that were flown overhead.

To complement the exciting aerial effects, the Events Evolution team rounded out the lightshow by creating texture on stage with gobo patterns. They also personalized the show by spotlighting the performers.

“There was a total of 11 Maverick MK2 Spots in our rig,” said Rushwaya. “We positioned three of them on FOH truss, and remote controlled them to work as follow spots, in addition to spotting the DJ. The rest of the MK2 Spots were placed four on each upstage and midstage truss for gobo effects on the stage. Thanks to the throw distance of these fixtures, we were able to project vivid gobo patterns from a far distance.” 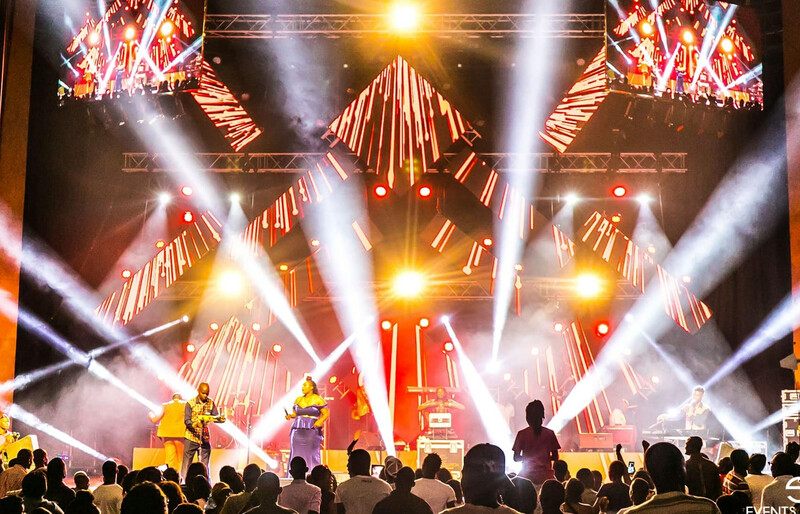 Backlighting also played a role in engendering a sense of warmth and intimacy on stage. Rogue R2 Spot fixtures positioned on short truss structures were used light the stage deck behind the musicians, almost making it seem as if they were floating on a sea of light.

Other Rogue R2 Spot fixtures, as well as the four Rogue R1 Spot units were arranged along the stage deck and contributed to the impressive aerial display. They were joined by 12 CHAUVET DJ Intimidator 140SR Hybrids. Working together with the Maverick units, these fixtures created a stunning display of light overhead, leaving no doubt that this event was dedicated to lifting hearts, minds and spirits.