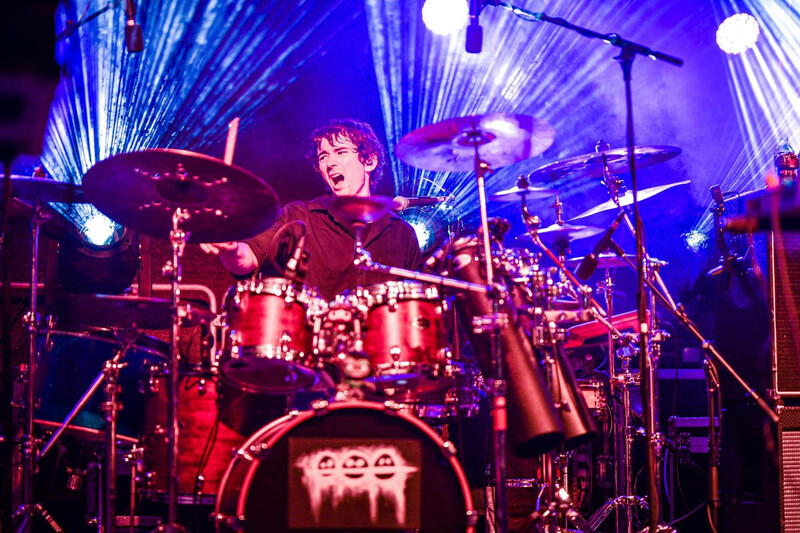 Despite these limitations, the event’s promoter had set lofty goals. “I was asked to put together a package that delivered big rock show looks on a pretty tight budget,” said Antal. “Because of the pandemic and the limited audiences, it’s become a razor-thin balancing act to make a show on a budget work for everyone involved.” 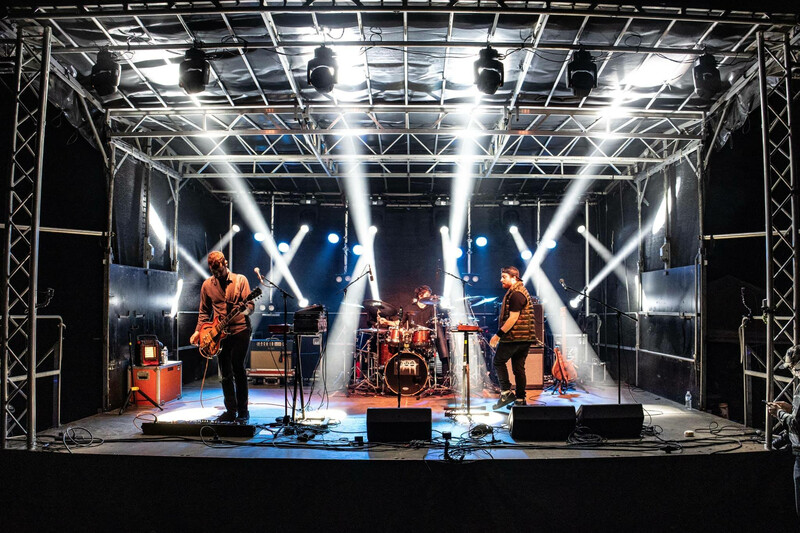 Flying his spot fixtures on upstage truss and arranging the hybrid units on the stage deck, Antal relied on their smooth transitions, wide zoom ranges and CMY color mixing to create a variety of looks that outstripped the size of the stage and its rig in terms of the excitement generated.

“I punted my way through lespecial’s very dynamic and edgy sound, so the responsiveness of the Mavericks was very appreciated,” said Antal. “They zoom really wide, and all the different functions work quickly. They also snap from a frosted, zoomed out wide spot look, to a tight beam almost instantly.”

“Also, the CMY flags and the CMY-capable beam look is pretty fantastic,” he continued. “So many hybrid fixtures have to be put into “beam mode” where the CMY flags won’t work, but not these! All of the color effects and bumps worked great and transitioned seamlessly from one look to the next. The light frost chip on each color wheel is a cool touch too.”

Antal got the most out of his relatively small rig by using his fixtures in unique ways. For example, at times it seemed as his spots were projecting two beams simultaneously, because their light caught the gobo wheel slowly rolling between two different gobos.

“This was a fun project,” reflected Antal. “Lespecial is one of the most enjoyable bands to do lights for, period. We’ve known each other for over 10 years now. I think that when there’s good energy and your looks are flowing quickly and smoothly; people forget the size of the rig. They just get caught up in the moment, which is how it should be.”