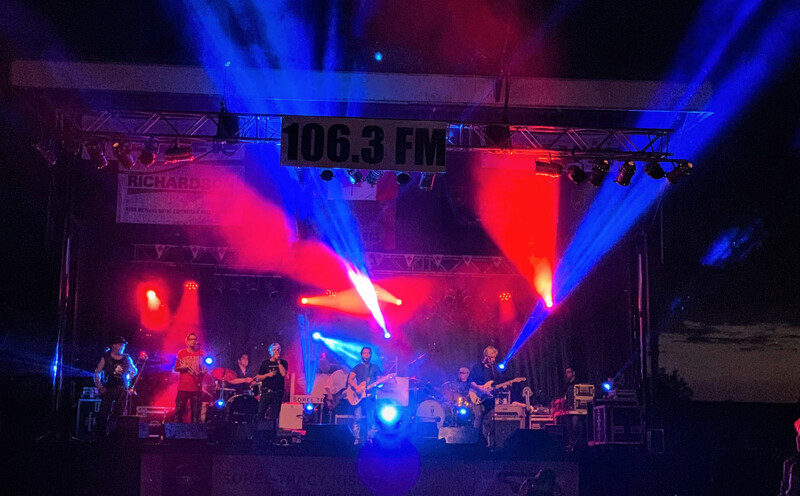 SAINT-OURS, QUEBEC – Resourcefulness is always more important than resources. Érik Nowosielski-Lamoureux demonstrated the wisdom of this axiom in July when he lit a Canada Day celebration at the Saint-Ours Canal National Historic Site, about an hour out of Montreal.

Faced with a relatively large stage for the size of his rig, Nowosielski-Lamoureux relied on his own ingenuity to stretch his fixtures in a way that ensured that the three musical acts and procession of speakers at the event were all shown in the best light. Helping him achieve this feat was a collection of CHAUVET Professional Rogue and COLORado fixtures supplied by RobinSon Productions, Inc. of Quebec.

“Our mobile stage was 32-feet by 24-feet, which was rather large for what we had; but with all the band gear, you quickly lose a lot of space,” said Nowosielski-Lamoureux. “So I spread the six Rogue R2 Beam units in my rig across the stage, placing two near the drum stand on 8-foot truss, two more on road cases, one on each side of the stage, and two on the front fills. This gave me the level of coverage that I needed to do justice to the bands.”

In addition to his Rogue R2 Beam fixtures, the Quebecois designer deployed six COLORado 1-Tri Tour fixtures along the edge of the upstage deck. He relied on the RGB fixtures with their intense output (806 lux at 5-meters) to create bold colour backdrops that helped fill the wide back area of the stage. 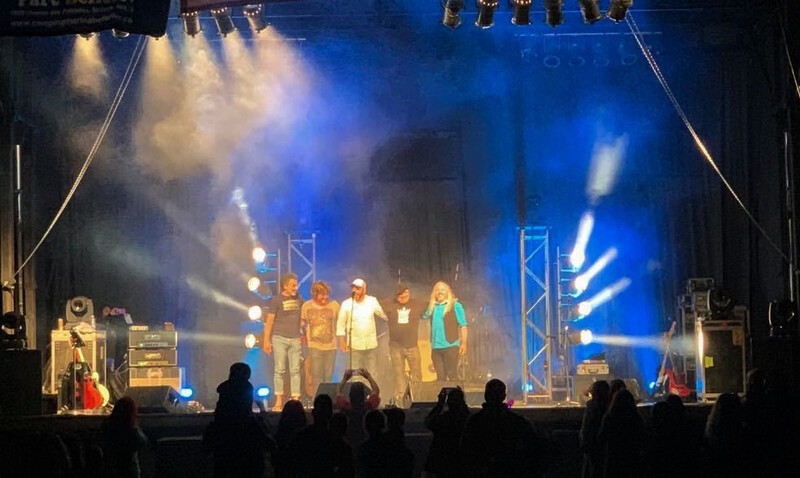 “I used the COLORados to help me manage the size of the stage,” he said. “However, they did much more than just fill the back of the stage. They also created a lot of visual punch with their output and strobing.”

The Saint-Ours Canada Day celebration started about one hour before sundown. Compensating for ambient light, even on a relatively cloudy day, was made more challenging by the relative lack of overhead lighting.

“We couldn’t rig anything in the top of stage, except on four, six-fixture bars, two located FOH and two in the back,” he said. “The rest of the lighting was on the floor. While the sun was still out, I mostly used my R2 Beams, strobes and flashes because it was still too bright to see some of the lighting effects, but when the sun came down, the fun really started. That’s when I could use the full potential of all my fixtures.”

Speaking of the potential of his fixtures, Nowosielski-Lamoureux noted: “I always love using the R2 Beams! They are a great fixture that is lightweight and super bright. They’re great for outdoor events when you need a bright fixture during daylight hours. Then, when the sun goes out, the R2 beam really comes out and can make super bright and fun effects that go really far in the sky.”

Cleverly working all the fixtures in his rig, Nowosielski-Lamoureux create a smooth, flowing show throughout the day and evening at the Saint-Ours Canal National Historic Site, a landmark that commemorates the 1849 completion of the Saint-Ours canal and dam, a project that provided a direct waterway connection between Montreal and New York.

At the time, the canal and dam were hailed as triumphs of ingenuity. It’s a tradition that this resourceful designer upheld at this site on Canada Day.