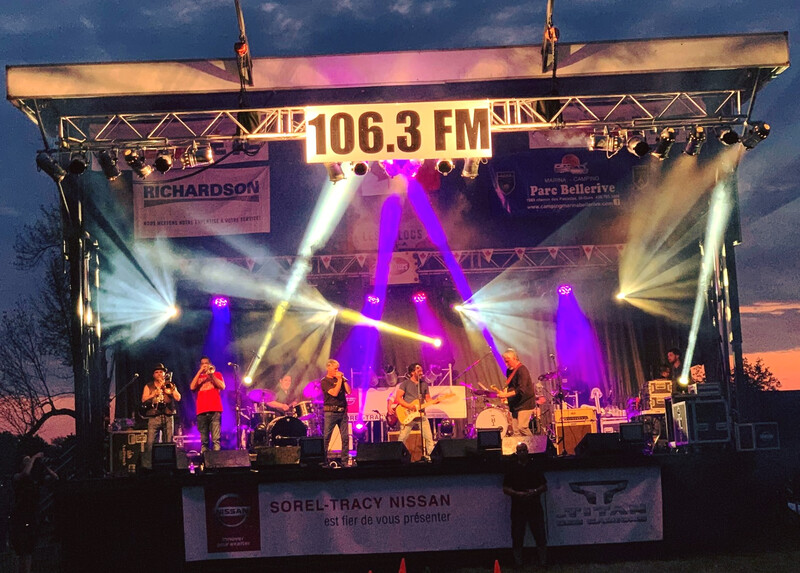 SAINT-OURS – Driving over an hour on the highway, headed northeast from Montreal, motorists find themselves at Parc Bellerive, a secluded, peaceful expanse of green on the banks of the River Richelieu.

Time seems to stand still here. Being far enough away from the big city, the clear and fragrant night sky is free of light pollution. This creates an idyllic setting for star gazing. It also provides a beautiful canvas on which to project colorful and dynamic aerial effects.

This attribute was not lost on Érik Nowosielski-Lamoureux when he was called upon to light a two-hour drive-in concert headlined by Québécois recording stars Les Colocs for Canada Day.

“Saint-Ours is a small city about 100km from Montreal, so the sky over the riverside park was completely dark,” said Nowosielski-Lamoureux. “I used this aspect to create interesting looks in the sky. Because the show was a drive-in event, cars could be quite far from stage. The bright output of my Rogue R2 beams made it easy for me to light up almost all the area above the cars. By doing this, I gave the cars in the back of the site some visuals to enjoy, even with the stage being pretty far from them.” 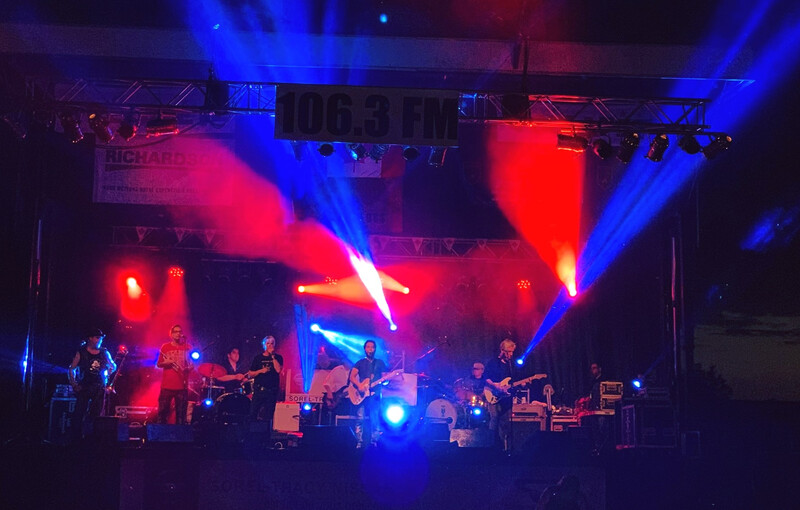 Nowosielski-Lamoureux positioned six Rogue R2 Beams along the upstage deck at various heights. The fixtures on either edge of the stage were raised 3-feet, while the two units further in were placed 4-feet high and the two center units were on 6-foot truss totems.

From these positions, the Rogue R2 Beams did more than create interestingly patterned aerial displays, they also allowed Nowosielski-Lamoureux to hit the performers and audience with light from different directions and depth levels, creating greater variety of looks, despite the limitations of the relatively small drive-in stage.

“The beams helped me create a lot of different punchy and bright looks that changed the visual image on stage,” he said. “We didn’t have a lot of time to program, so having versatile fixtures that could easily create multiple looks was important. For this show I went with more casual looks and mostly flashed the lights on the songs. I didn’t know all the songs and how they were going to be played, so I just made some positions and some presets, used my festival show file, and busked the show.”

Other than having to contend with a smaller than average stage and an audience that was more spread out than average, the Canada Day drive-in show, which attracted a sellout of 200 vehicles, wasn’t that different from lighting other outdoor events, according to Nowosielski-Lamoureux.

What was out of the ordinary was setting up and taking down the rig. “This was really different then a usual show in terms of load-in and load-out,” he said. “We had to work differently. We had social distancing and smaller crews because of COVID-19, but the experience was still fun. Hearing cars honk instead of crowds applaud was a new experience. Personally, I enjoyed it and I’d be happy to do more if the opportunity comes along.” 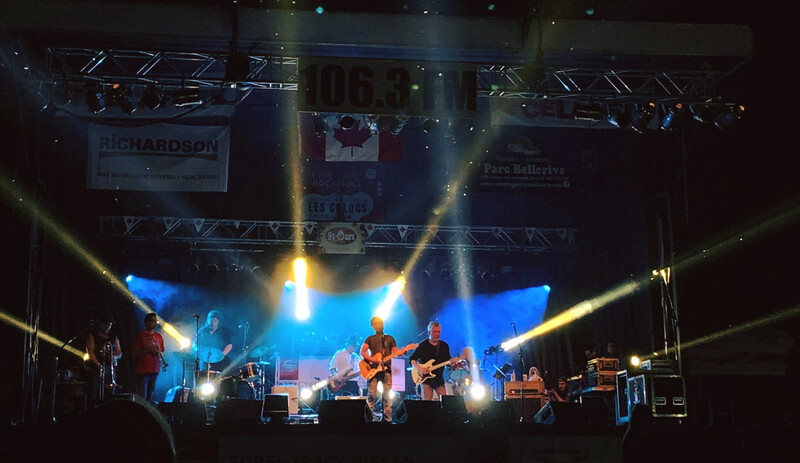