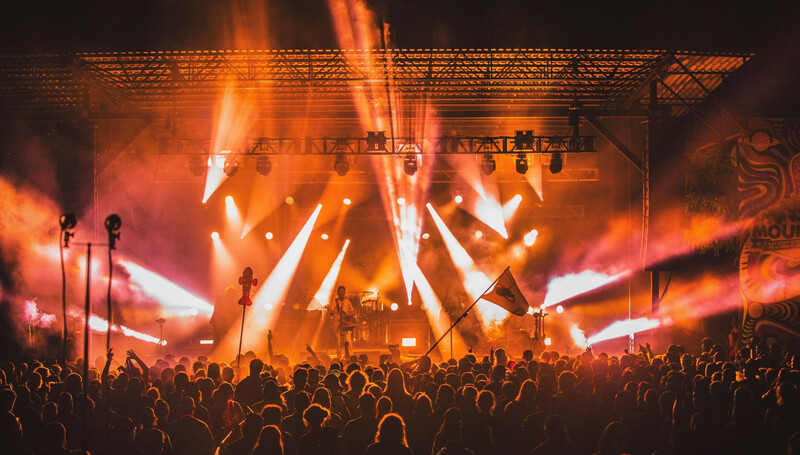 OAK HILL, WV – Big Something is, if nothing else, BIG! Not just in terms of the relatively large number of members in the band (six), but also – and more importantly – as defined by their big, powerhouse sound and exuberant stage presence. Fueled by months of pent-up energy accumulated during the lockdown, the Home Grown Music Album of the Year Award winners let it fly at the Mountain Music Festival in early June.

Supporting them note for genre-bending note as they flowed from funk to prog rock and more was a bold, aerial-oriented Daniel Thibault lightshow anchored by 24 Rogue R2 Wash and 8 Rogue R2X Beam fixtures from CHAUVET Professional.

“The Big something vibe is big, vibrant and bright, so color changes played an important role in my design,” said Thibault of Life Is Art Studios. “A lot of times using a monochromatic look for a portion of a song helps me set that part of the music apart from the rest. Often, I will pick two-to-three colors for a song and drop between them in different ways, using one for a chorus and the others for refrains. Or, at certain times, I may use one color only to emphasize large hits. I will also build effects that are made up of each of these selected colors and use them as an added way to match the beat. Or, I’ll have them mark a change in tempo, while keeping the feel of the stage.” 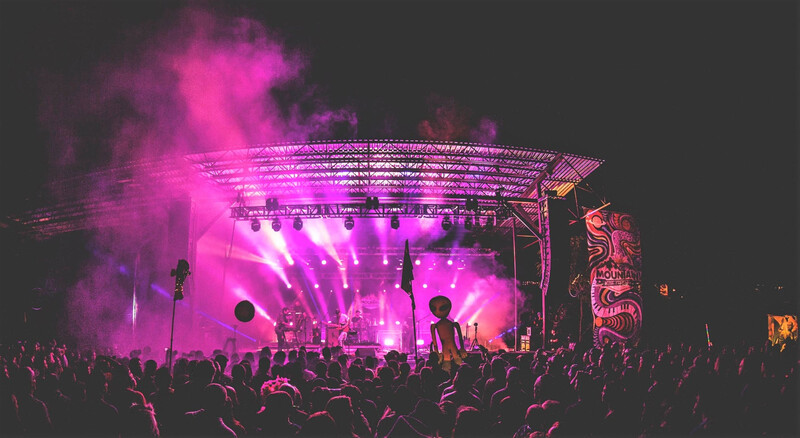 Helping Thibault create this color-scape were the Rogue R2 Wash fixtures, 12 of which were part of the festival house rig, while 12 were in his touring package. “These washes are one of my favorite fixtures to have in the air because their colors are great, and they are fast,” he said. “They also provide a good realistic wash on the band members.”

Big Something had no video wall for their show at the festival; and there was only a small backdrop featuring the event’s logo. In place of these design elements, Thibault created a moving wall of light with his Rogue R2X Beams that were part of his touring package.

Positioned on road cases, the high output 231-watt movers were arranged in a semi-circle around the band on the 40-foot wide by 30-foot-deep stage. “I used the R2X Beams to create large symmetrical patterns that surrounded and supported the band,” said Thibault. “From there I filled in the gaps with the spots and washes in dynamic ways.

“A lot of the movement in a Big Something set is just slow transitions between looks. Most of my looks on my console have A and B variety. These are usually two looks that I know will transition well into each other. Often, I’ll pick one of these pairs and just transition several times between them over the course of a song.”

Being able to work magic with his console for Big Something was a welcomed opportunity for Thibault. “I’d worked with this band in various capacities for the past 10 years, but this was the first time I’d gone with them outside my base in North Carolina and the first as their designer,” he said. “My good friend Cam Grogan had been their lighting guy and he set a high bar, so this was special.”

Although Thibault had stayed busy in 2020 doing a series of drive-in concerts throughout the south, they couldn’t match the excitement of a live show with people — not separated by vehicles — in the audience. Nothing compares to being directly in front of a crowd that’s “dancing and living the show together,” he said.

That’s especially true when that show features such BIG helpings of sights and sounds.