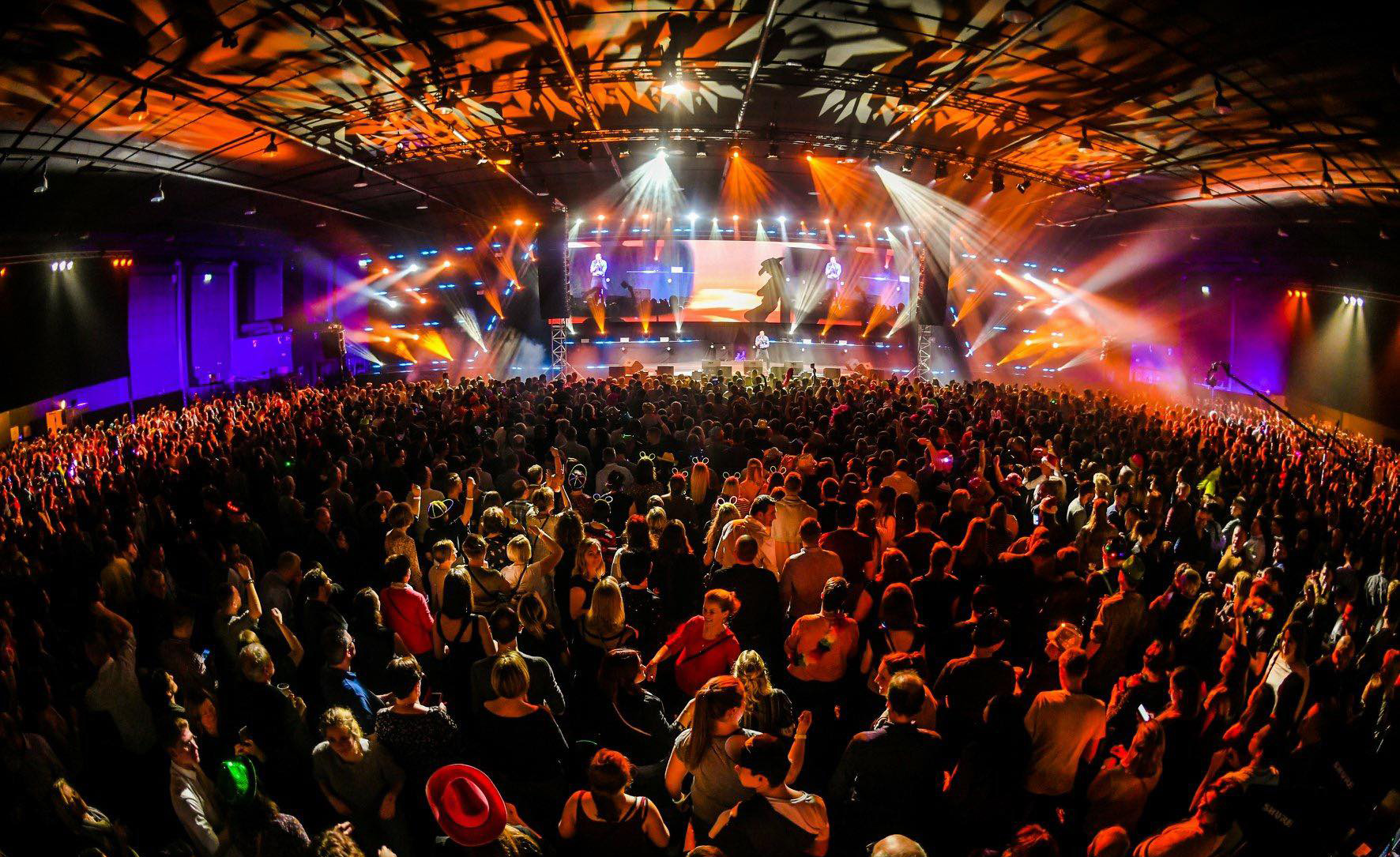 KORTRIJK, BELGIUM –  You can’t beat a good old singalong. Just ask the thousands of impassioned music lovers who gather each year for Belgium’s Nacht van de Schlagers for a night of singing, drinking and good times to rival those of Germany’s Oktoberfest. For the recent incarnation of the infamous Nacht van de Schlagers, organizers decided upon a ’90s music theme marrying ’90s pop hits with performances from the biggest pop musicians and bands of the decade.

In order to reinforce this central focal point while adding to the grandeur of the stage setting, Thomas Vandekerkhove, CEO of CRS incorporated the ÉPIX fixtures within the architecture of the complex stage trussing to provide linear highlighting.

“The ÉPIX units ensured that we could provide the necessary highlighting to create a stage of grand visual proportions,” said Vandekerkhove. “Ultimately, the fixture’s vivid colors and pixel mappable technology enabled us to really play with the scale of the stage, which helped us realize our overall concept.”

Vandekerkhove painted the gaps between the architectural structure with delicious and energetic wash coloring effects from his Rogue R2 Wash and COLORdash PAR H12IP fixtures, which were flown above the stage. The combination of the Rogue’s RGBW quad-LEDs and COLORdash PAR H12IP’s RGBWAUV capabilities ensured a broad palette of warm and saturated colors essential for crafting mood and atmosphere during the heated and fun-packed sets of ’90s tunes.

“It was certainly a challenge to create exciting looks for such a large number of people, while retaining that intimate singalong atmosphere that has come to define Nacht van de Schlagers,” commented Vandekerkhove. “However, the wash combination that we went for succeeds in crafting the right conditions for the kind of emotive response that fans are expecting – certainly an essential accompaniment to the music in question!” 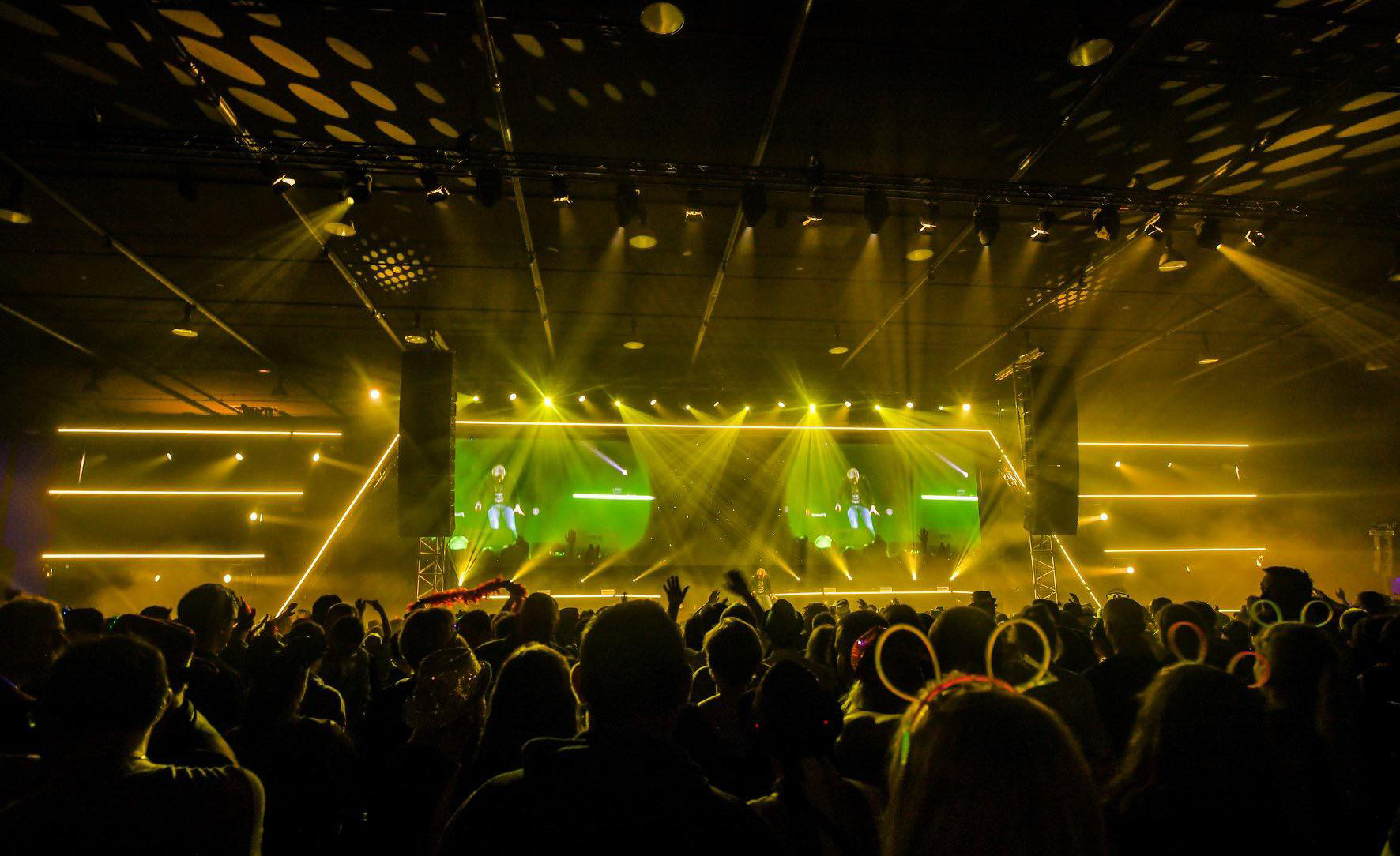 Complementing the backdrop of wash illumination, the Maverick MK2 Spot and STRIKE P38 combination provided Vandekerkhove and his team with punchy and energetic bursts of light to penetrate through the wash for set accentuating highlighting. The 440W Mavericks, which were positioned all around the trussing structure, gave Vandekerkhove a toolbox of tricks, thanks to a number of features such two 6-position rotating slot and lock gobo wheels and a 3-facet prism with 13º – 37º zoom range.

Ushering in an additional roster of punch were the 90W STRIKE P38 fixtures, whose blinder and strobe combination – coupled with an emulated “amber shift” for incandescent effects – provided maximum effects throughout the evening.

Vandekerkhove also used CHAUVET DJ Vivid 4 LED video panels in his rig. “We wanted to create a stunning stage this year to reflect the size and stature of the event, which sold tickets to over 15,000 people,” commented Vandekerkhove. “To give an impression of scale, we centered everything around the 80 sqm of CHAUVET DJ Vivid 4 video paneling, which provided the whole visual focus of the event.”

Featuring black body LEDs for crisp playback and a modular interlocking system, Vivid 4 panels created a huge centrally located digital canvas. A number of mesmerizing and colorful motifs were painted on this canvas, in addition to video content from performing bands like Vengaboys and De Romeo’s.

“The key to the whole stage concept was the successful integration of Chauvet fixtures, which gave us the perfect synergy between atmosphere and energy,” concluded Vandekerkhove. “As a result, the bands were given the perfect platform to bring the house down – the result was a pretty special event!”