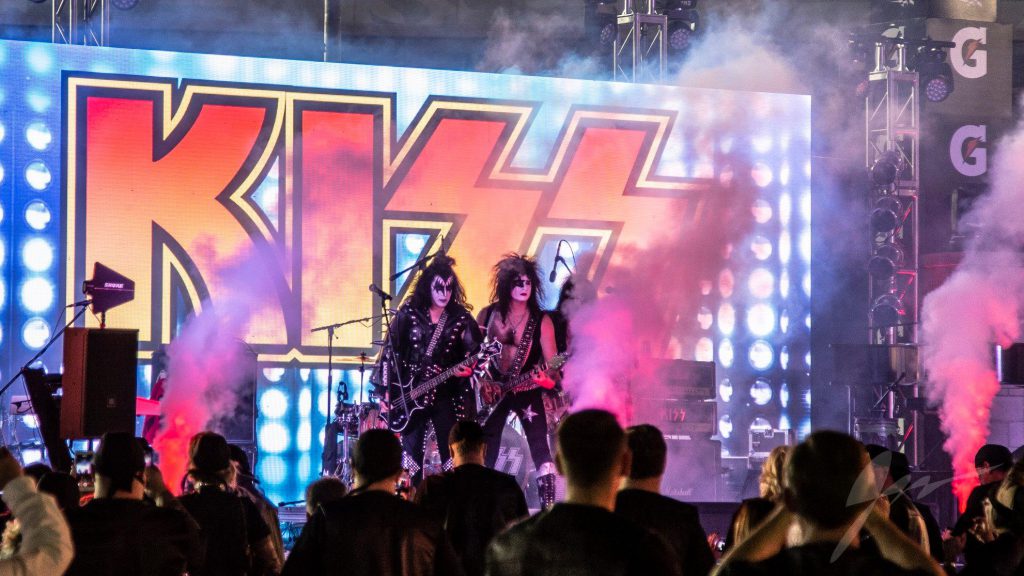 AVONDALE, AZ – Since 1988, the ISM Raceway has electrified fans with high-energy NASCAR events. Legendary driver Dale Earnhardt Sr. has taken first place at the 2.5 mile track, as has his son Dale Earnhardt Jr. A $178 million dollar renovation completed last year saw both the racetrack and the stands revitalized. A popular new feature resulting from this renovation is the “FanZone,” an interactive area of the infield that provides an unparalleled view of the action during races.

When cars aren’t zooming around the track, the FanZone does double duty, serving as a unique private event venue that offers guests a thematic setting, and the chance to enjoy a relatively high speed ride-arounds. At one such gala recently, the area resonated with a roar, not from super-charged engines, but from the growling sound of KISS, Bon Jovi and Queen tribute bands.

Kicking off the evening with a pre-dinner concert the bands were supported by a production-level lightshow from Creative BackStage that utilized the output and color-mixing prowess of CHAUVET Professional Maverick and Rogue fixtures. 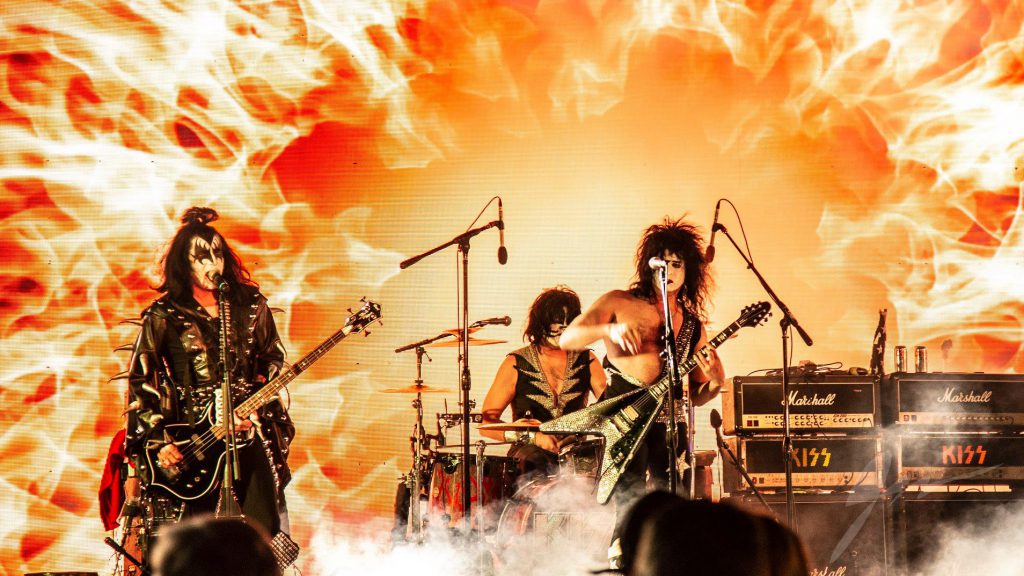 “We wanted to create a concert-like setting at the pre-dinner festivities,” said John Garberson of Creative BackStage. “The venue here is very colorful, special and dynamic, so we didn’t want to have anything subdued as far as the lighting was concerned. Our goal was to match the high energy level of the bands and the excitement people feel when coming to this kind of venue. At the same time, we didn’t have a lot of space on the rig, and budget was also a concern.”

These factors led Garberson to select fixtures that not only delivered a lot of output for their size, but also created a variety of looks, since this would allowed him to hang fewer units on the rig. To illustrate his point, he describes the variety of looks that he and programmer Elie Knight were able to create with the four Maverick MK2 Spot fixtures they positioned on their upstage risers.

“The Mavericks pack a punch, and their colors are extremely intense, so they gave us the boldness we wanted even with a small number of fixtures,” said Garberson. “We relied on their gobos to create a variety looks, and their wide zoom let us change coverage areas. Throughout the shows, we used them for aerial effects, audience lighting, cross lighting, and backlighting.”

On back and side truss placed around the stage, Garberson and his team hung 14 Rogue R2 Wash fixtures, bathing the area in bright, vibrant color, and creating a smooth wash for atmosphere. “There’s really nothing subtle about the music of KISS, Bon Jovi, or Queen,” said Garberson. “The bands are known for their theatrical, energetic shows, and we needed a workhorse fixture that could match the intensity of the tribute performances.”

Although he has done events at a wide range of venues over the years, Garberson found the FanZone to be one of the more unique. It is, as he says, “the kind of event space I’d like to light again.” Based on the response to his work at this tribute band party, it’s safe to assume that he will. 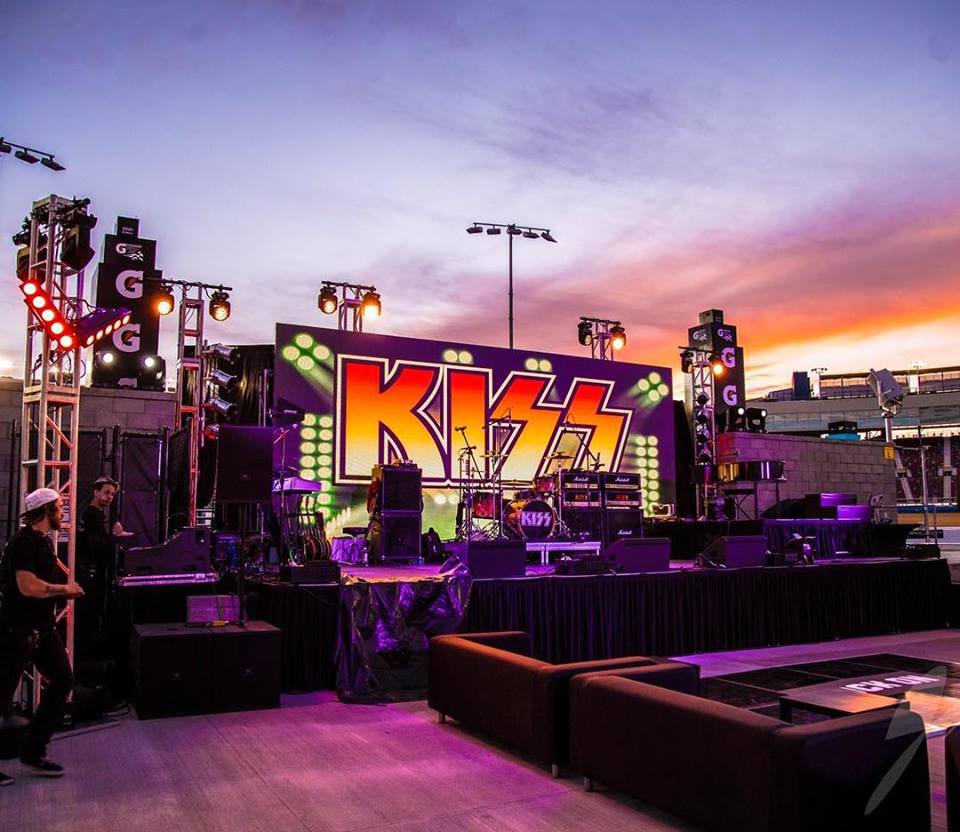