PHOENIX– (For Immediate Release)  —  They’re tacky, garish, ostentations, and have all the visual charm of a sink full of dirty dishes, yet when it comes to holiday celebrations, they’re as much a part of the season as candy canes and mistletoes. No one is quite sure, where or when the custom of wearing ugly Christmas sweaters started. Some say it began in the 1950s when TV singers tried to set a cozy tone on their holiday specials by wearing corny cardigans. Others trace its origins to the ‘80s when it became a staple of TV sitcoms every December.

Either way, one thing is certain, ugly sweater parties and events pop up everywhere across North America this time of year. Among the most popular is the annual Ugly Holiday Sweater Concert at the Mesa Amphitheatre sponsored every December by radio station 99.3 FM.

Except for a 2020 hiatus due to COVID, the concert has been held every year since 2015, featuring national acts like Silversun Pickups and Kings of Leon. On Saturday, December 11, the magic returned to Mesa with an Ugly Sweater concert by Grammy-winning headliners Weezer, supported by up-and-coming artist Upsahl. 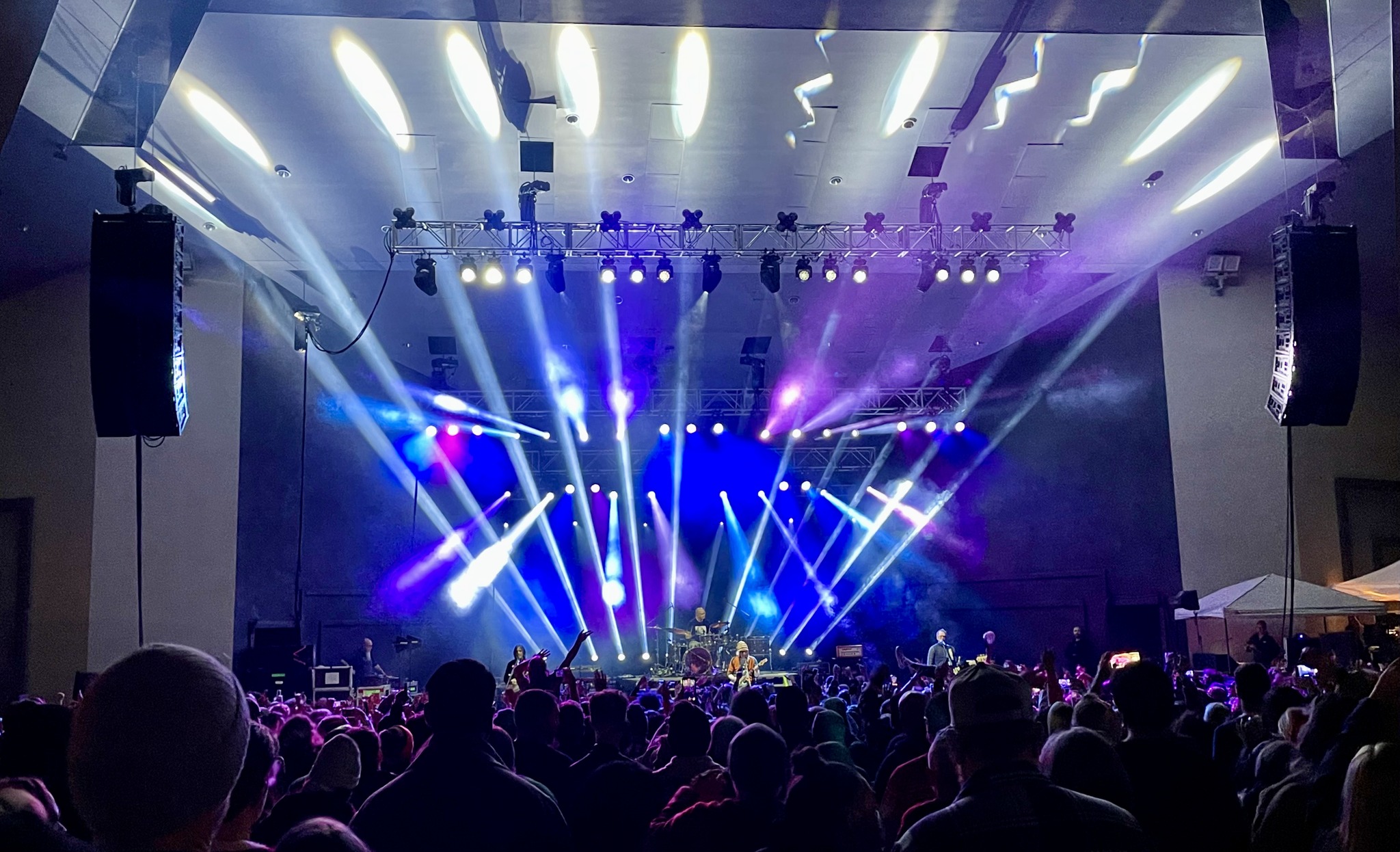 Setting an upbeat tone for the evening was a bold, multi-layered, beam-driven lightshow based on Weezer’s touring design. To provide the punch for these visuals, the show’s organizers called on Creative BackStage, which designed and installed a powerful, yet practical rig that featured over 50 CHAUVET Professional fixtures.

Most of the fixtures were flown on four rows of truss that became progressively smaller and lower as they moved from downstage to upstage. Not only did this arrangement create a perspective that pulled the audience’s attention into the stage, it also provide the design team with greater opportunities to devise more interesting looks by interweaving layers of light.

On the highest front truss were 12 Rogue R2 wash and six Maverick MK2 Spot fixtures. Working in conjunction with these units were 13 Rogue Outcast 1 BeamWashes, nine of them on the midstage truss and four on the back truss. 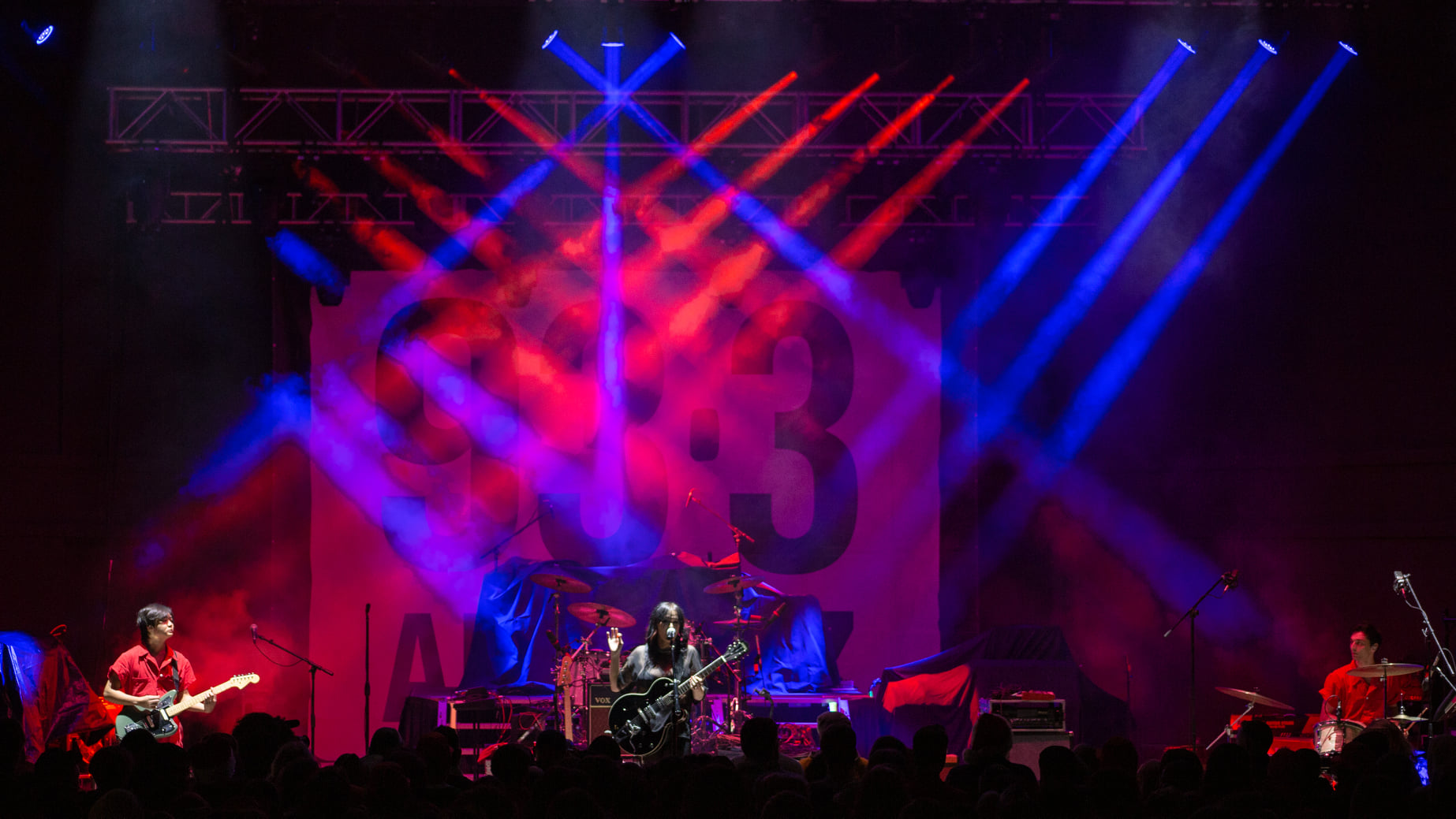 In addition to washing the stage in a variety of colors and creating aerial effects, the Rogue fixtures were used for audience lighting. Joining them in doing this were eight STRIKE 4 fixtures flown on the front truss. “Lighting the crowd played an important role in creating the holiday party atmosphere we were after,” said John Garberson of Creative BackStage. “The warm white light of the STRIKE fixtures is very good at doing this.”

Garberson and his team also positioned 12 Rogue R3 Beam fixtures on the stage deck. Arranged across the width of the stage, the 300W mover pumped out intense (208,000 lux at 15 meters) beams into the air in a fan-like pattern that mirrored the configuration of the overhead trusses. 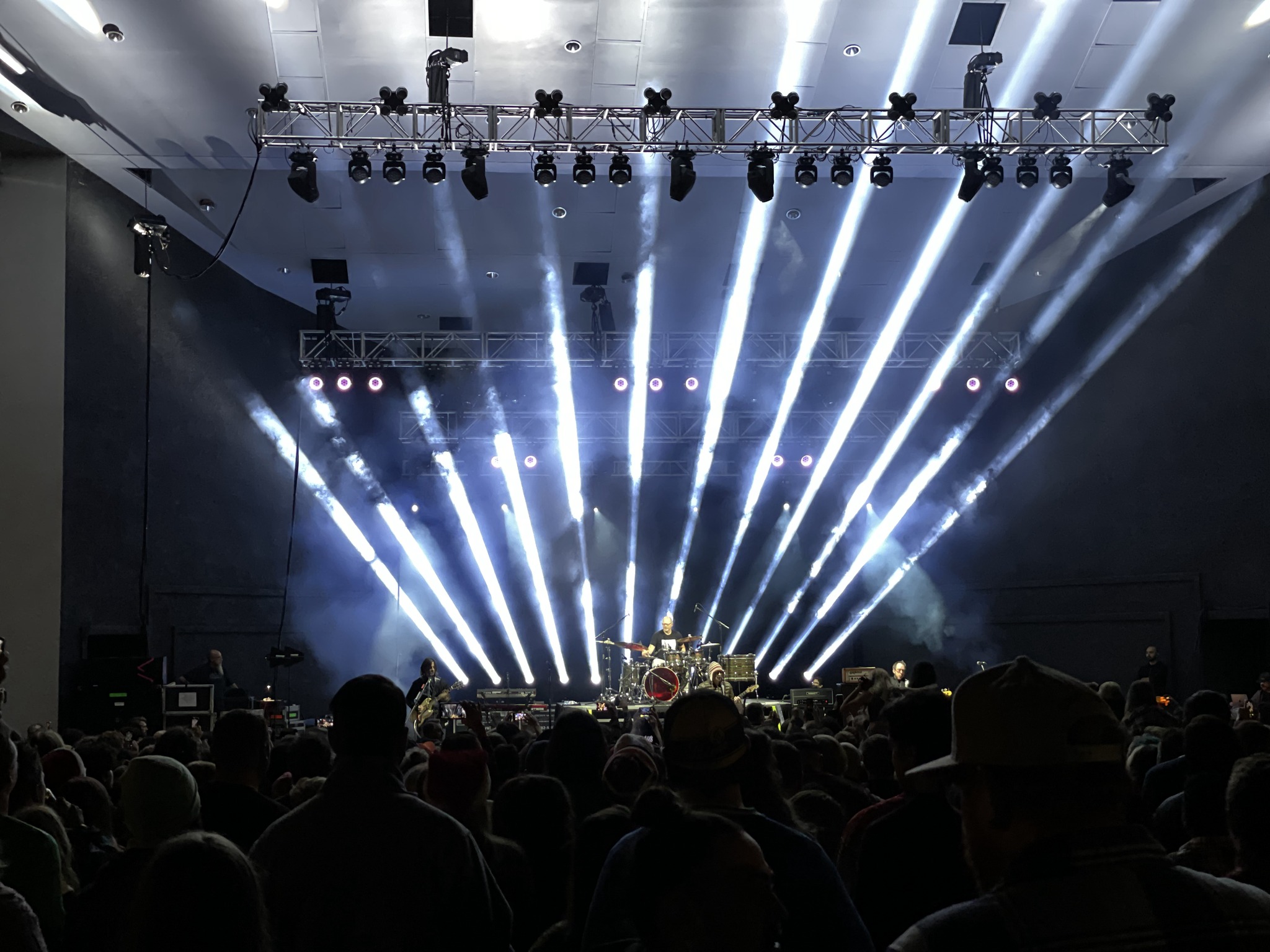 The patterns of light that spread out across the venue created a sweeping ebullient mood that reflected the spirit of the event. “Everything really fell into place in this design,” said Garberson, declaring that the lighting and music were a “perfect fit.”

That of course was more than could be said for the ugly sweaters in the audience… but like the stellar lighting design, they too contributed to the happy mood that made this event special.