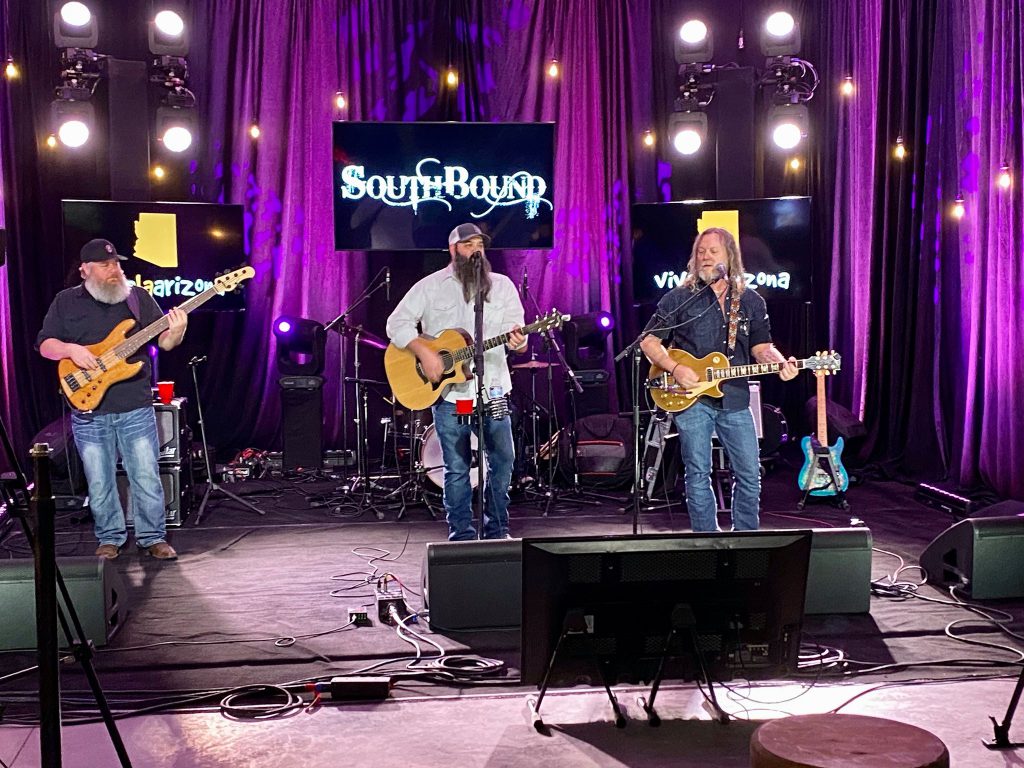 PHOENIX – COVID-19 may be able to force the cancelation of events, but it can’t cancel out traditions. For 11 years, country music lovers in the Valley of the Sun have gathered for the KNIX BBQ and Beer Festival, enjoying on stage performances, along with things like a petting zoo, games and food pits serving “finger licking good” ribs. With this year’s live event postponed, HDE Agency, its organizer, has moved the festival online with a series of five livestreamed Saturday shows.

They don’t have a petting zoo (viewers will have to rely on their own dogs and cats for that), and they’re not cooking up any finger licking good treats, but the livestreams are offering generous servings of country music. Supporting these performances are a John Garberson-designed lightshow that features CHAUVET Professional Maverick and Rogue fixtures supplied by Creative BackStage. (Pro Production provided the audio.)

Taking place on a temporary stage in a converted studio in the Creative BackStage warehouse, the livestreams do not attempt to replicate the look of a festival. Instead, they aim for a laid back “at home feel.” Although large enough to allow safe social distancing, the stage is relatively small — and the show’s video engineer TJ Watson, along with the two camera operators, Jamie Rivera and Wes Webb, keep their angles tight and neat. 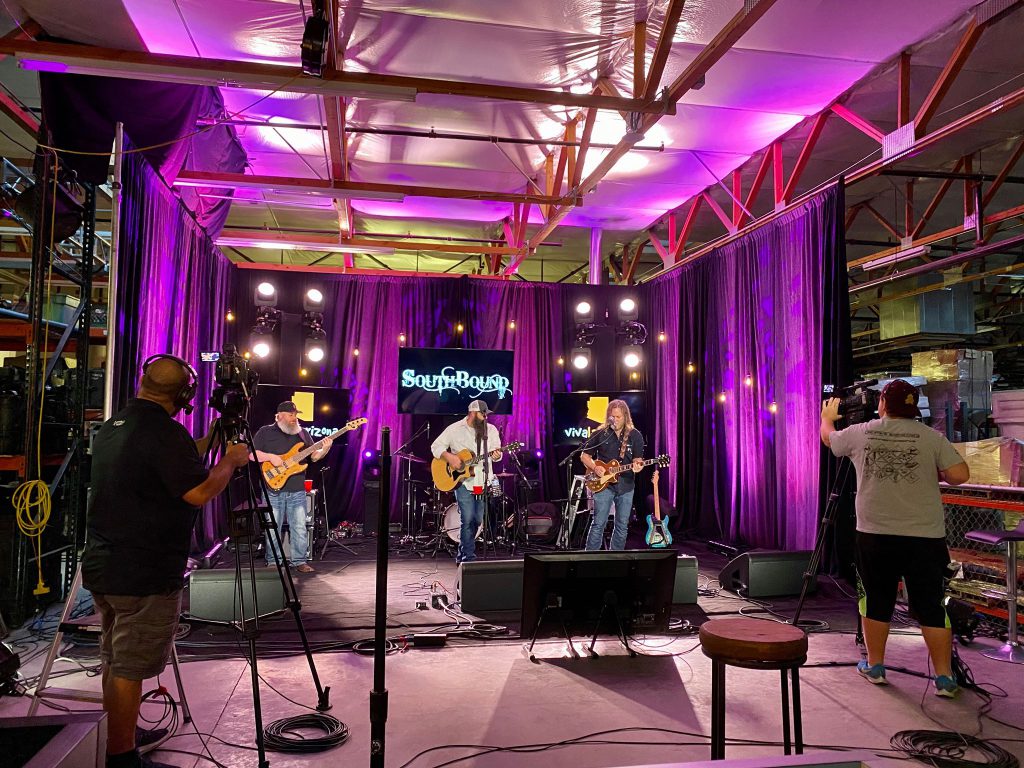 “We treat livestream shows as their own medium, not scaled down versions of a festival stage,” said lighting designer Garberson, who also directed the video shoot. “We want to create a sense of engagement with the viewer, regardless of the size screen they’re watching this on.”

Despite any limitations in stage size, Garberson was able to create engaging looks that reflected the emotional energy of the music. Relying on deeply saturated colors to convey different moods and intricate light angles, along with some crisp gobos to add depth to the stage, he was able to keep a continuous flow of interesting looks going throughout the one-hour livestreams, which also include question-and-answer sessions with the artists. 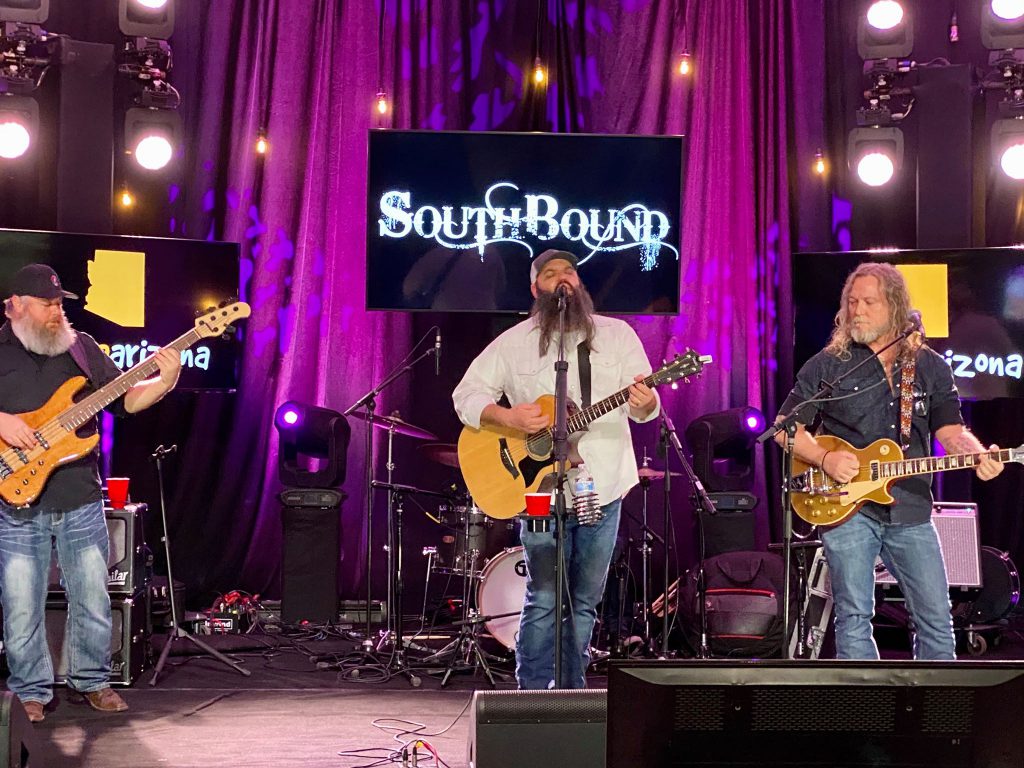 Most of the gobos were projected on to either side of the stage, funneling attention toward the center, to create tighter looks for small screens. Adding to the sense of intimacy were the drapes that ran across the back of the stage, with eight Rogue R2 Washes, located on two 10-foot truss towers peeking through the spaces between them.

The RGBW Rogue R2 Wash fixtures were used to color wash the stage and back light different performers. Also key to the rig, were the four Maverick MK2 Spot fixtures that were positioned on the floor across the width of the stage. From this position, the 440-watt moving LED fixtures were used to create gobo patterns and to project crossing shafts of light. Relying on the wide zoom range (13ﹾ to 37ﹾ) of the Maverick units, Garberson was able to control coverage areas in the relatively tight space.

“This isn’t the type of space we’re normally accustomed to working in, but by pulling together, we were able to create some nice looks,” said Garberson, who notes that his team’s goal was to give fans “a true taste of the BBQ and Beer Festival.” With the exception of serving up mouthwatering ribs, they were able to do just that. 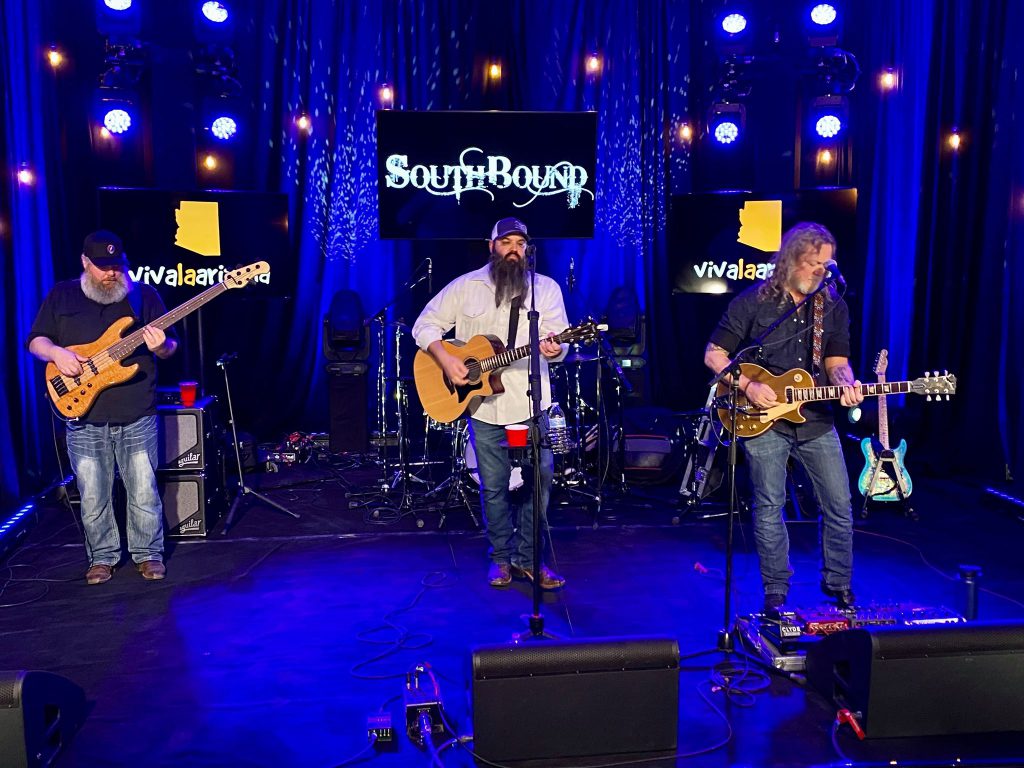