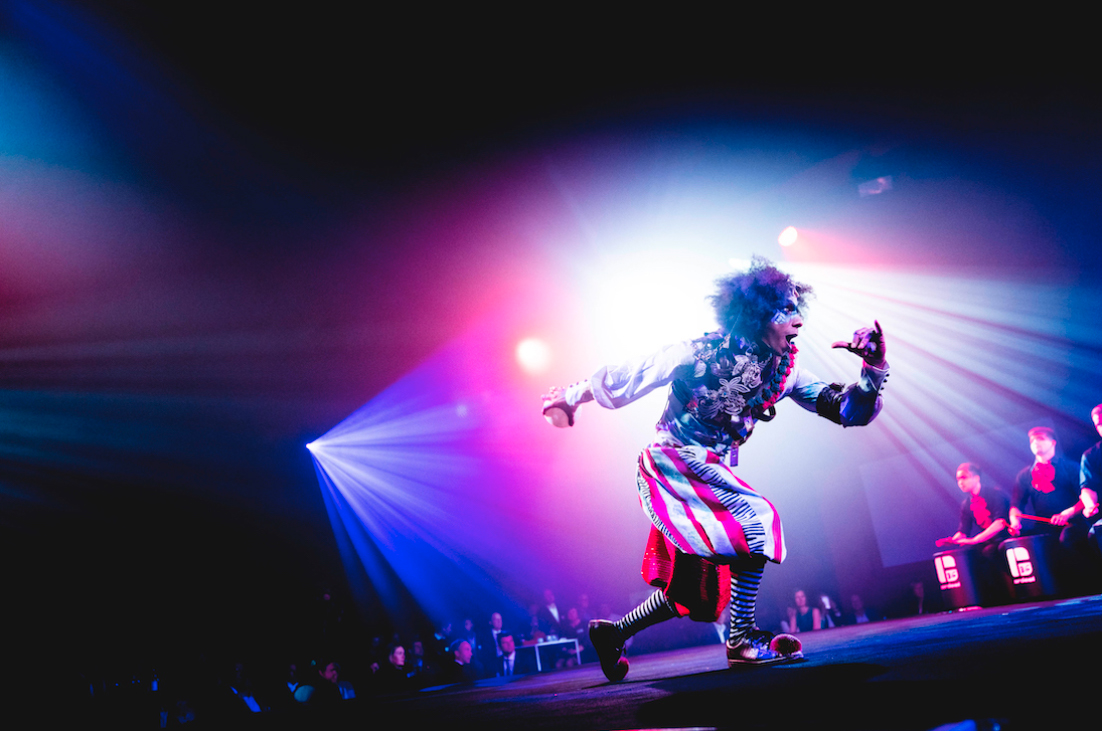 BELGIUM – Cordeel knows how to finish projects with a flourish. The Belgian construction company demonstrated this in convincing fashion recently when it completed the Temse shipyard dry dock headquarters. After finishing the construction of the building at ground level, Cordeel’s engineers hoisted the 1,200 ton still and glass megastructure into its final position where it now perches majestically 20 meters above the shipyard.

For the inauguration of this distinctive building, CREATE.eu and Panama Group were brought on board to transform the space around the dry dock into a one-off Cirque du Soleil-style show for Cordeel’s 1,600 employees. Instrumental in creating this transformation was a collection of over 50 CHAUVET Professional fixtures that included eight COLORado Panel Q40 units, eight Maverick MK2 Washes, 24 Rogue R2 Washes, four Rogue R3 Washes and 12 Ovation E-260WW ellipsoidals, all controlled by a ChamSys MagicQ MQ500 Stadium console.

With three temporarily constructed tents housing a variety of circus performances, in addition to dining and networking activities, the CREATE.eu team were tasked with installing lighting throughout multiple locations to serve a variety of purposes. 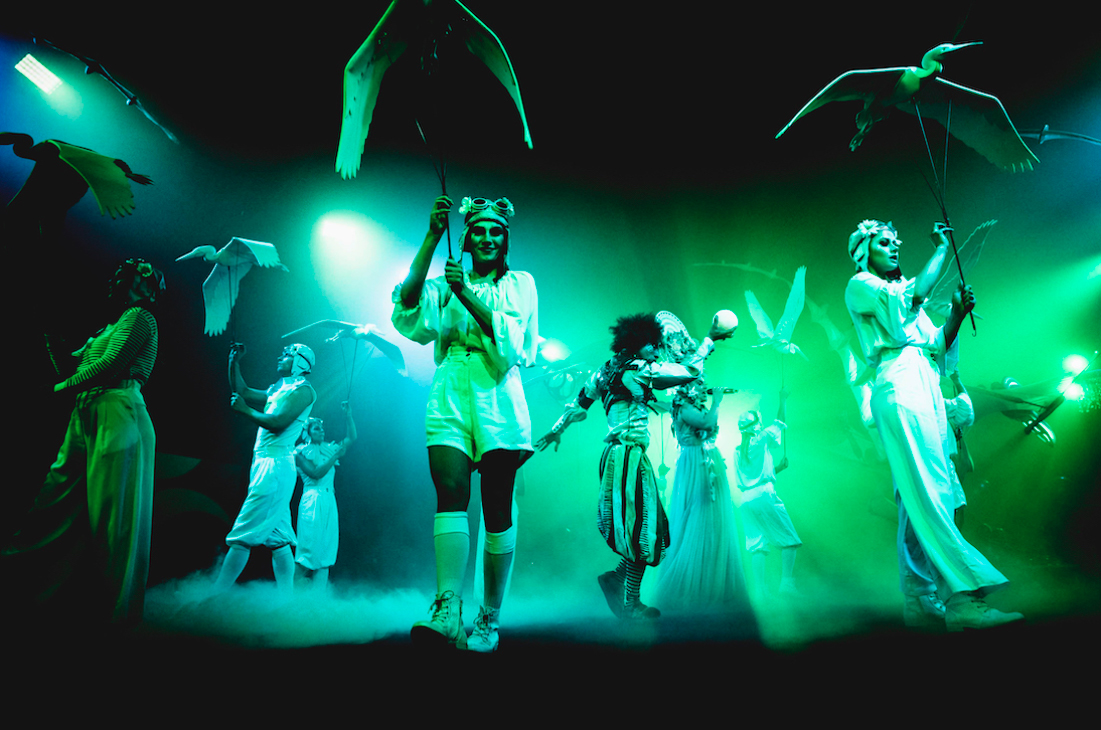 In the main entrance tent, where guests were treated to numerous performances and dances, the team hung the Maverick MK2 Wash fixtures in a symmetrical formation from centrally positioned trussing. Exploiting the versatile output of the 12 (40 W) Osram RGBW LEDs of each fixture, CREATE.eu was able to conjure up a cornucopia of saturated colors and aerial effects within the tent, which provided visual excitement to accompany the choreographed dances on the centrally located stage.

To provide accurate and clear highlighting of the performers on the stage, CREATE.eu relied on the 230W Ovation E-260WW ellipsoidals to act as spotlighting elements. Thanks to fixture’s tungsten emulating dimming curve, the team were able to emphasize the theatrical nature of the performances, all the while ensuring subtle, yet clear, illumination of the podium and other decor elements dotted around the tent.

In the neighboring spectacle tent, where guests were treated to further performances in a more relaxed ambience, a combination of Rogue R2 and R3 wash fixtures served to provide both general lighting and additional spot lighting. For certain scenes, the saturated colors of the Rogues could be further accentuated with the addition of three CHAUVET DJ Cumulus units that provided low lying fog over the stage. 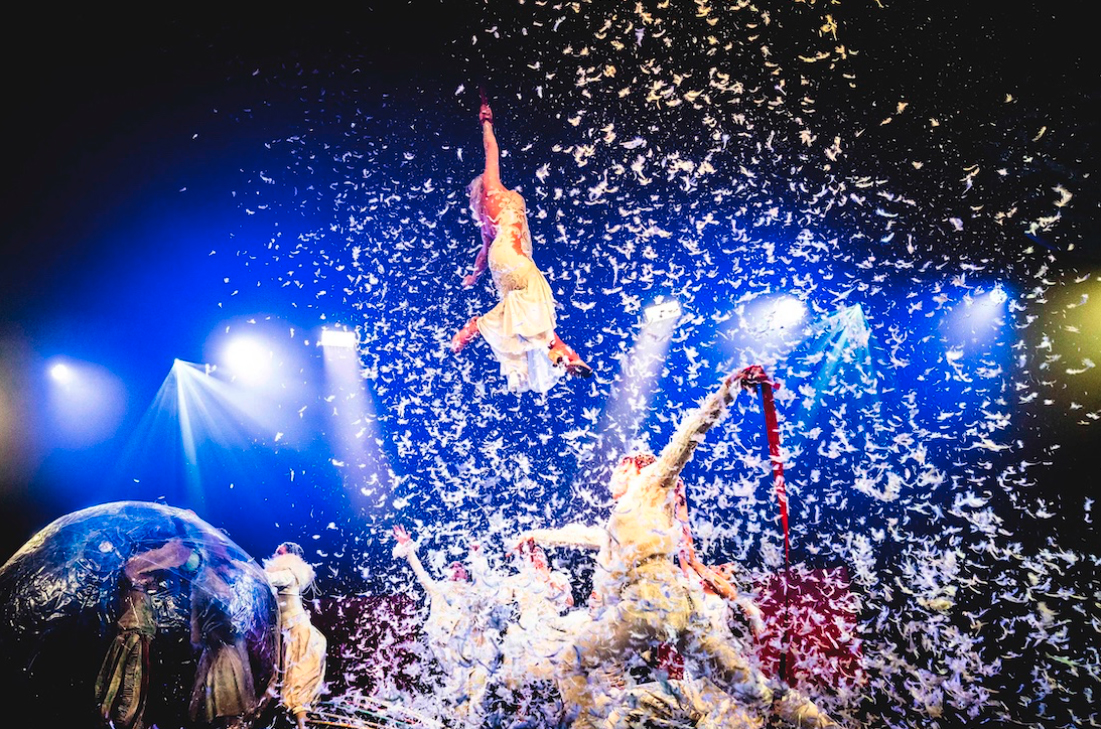 Although the circus-inspired performances were incredibly well received, the undeniable star of the show, the magnificent building itself, also didn’t go unnoticed, thanks to the CREATE.eu outdoor lighting concept, which succeeded in positioning the building in a dramatic light.