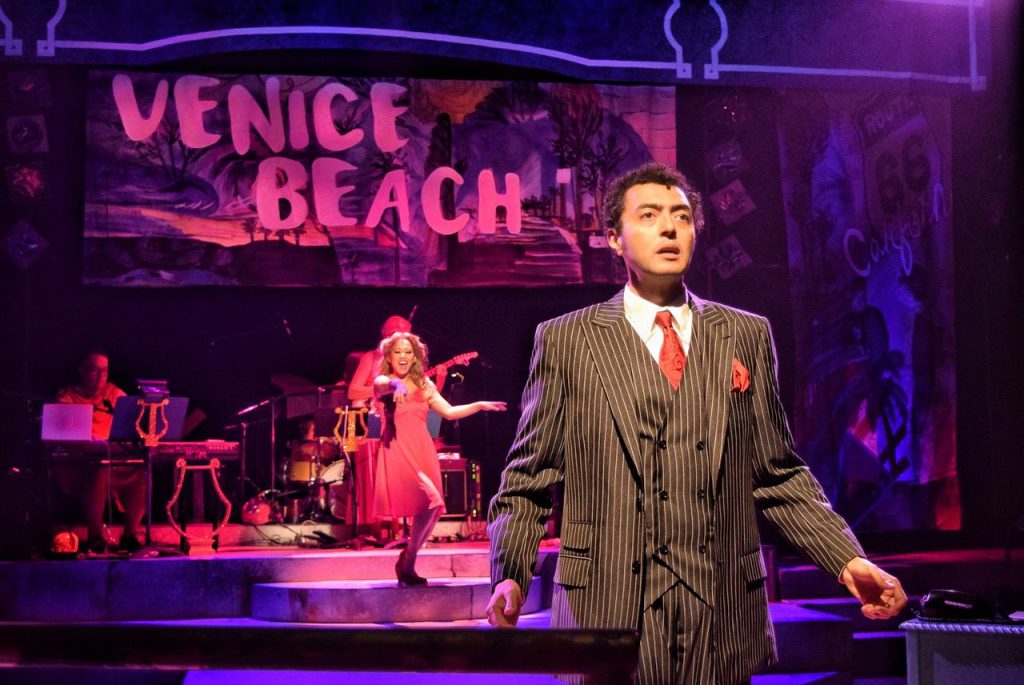 ITHACA, NY – Ancient Athens may be separated from modern Venice Beach, CA by 6,900 miles and 2,400 hundred years, give or take a century or two, but that didn’t stop these two very divergent places from melding together on stage in the Jeff Lynne, John Farrar Tony-nominated musical comedy Xanadu. Inspired by the 1980 film of the same name, the show brings together a forlorn SoCal street artist with a group of perky Greek muses. The result is a rollicking adventure, culminating in the nonstop swirl of a disco roller rink that has left audiences laughing around the world since its Broadway debut 11 years ago.

Supporting all the freewheeling fun at a recent production of the show at the Hangar Theatre in upstate New York is a colorful, punchy and fast-paced Cory Pattak-designed lightshow, featuring Maverick, Ovation and COLORado fixtures from CHAUVET Professional.

“Nobody is accusing Xanadu of being high art. It’s fun and silly and self-aware– the goal here was just to make sure the audience was having a great time,” said Pattak . “I worked closely with the director Dev Jenki, who I have a great creative rapport with, to give nearly every song the feeling of a music video. The rules of time and space don’t really apply in this play, so we just lit each number to give it a unique look, help track the characters’ emotional journey and support the disco vibe.”

Key to helping Pattak add this upbeat fun-loving element to his design were the three Maverick MK1 Hybrid fixtures in his rig. Using these moving fixtures from a backlighting position, he relied on them to energize many of the play’s scenes, including those that take place in its iconic roller rink disco.

“I worked the Mavericks all night as very dynamic backlights,” said Pattak. “They allowed me to do full-stage gobo washes, strong backlight specials, eye candy and flyouts. Plus, since this is thrust, I knew actors would be standing downstage facing upstage, allowing me to use the movers to light their faces.”

The Maverick MK1 Hybrid fixtures also came in handy when lighting the mirror ball in the play’s iconic roller rink disco. “We only had one 3’ ball, so we really had to make it sparkle,” said Pattak. “The movers really helped in this regard, punching up the disco looks. By the time we got to the finale, it was ballyhoos and spinning gobos and every other idea we could put on stage. As our tech was very fast, I didn’t spend too much time using the Maverick’s shutters, except for a couple moments. When I did need shutters to cut off a drop or a wall, it was great having them at my disposal.”

Adding vibrant colors to the fantastical musical comedy were the six Ovation E-910FC and six COLORado Solo 2 fixtures in the rig. Pattak used four of the RGBA-Lime LED ellipsoidals to light the series of drops in the upstage scenery’s center, as well as the sets of legs to its left and right. The remaining two Ovation E-910FC fixtures were used for full-stage gobo washes in the play’s more color-neutral “book scenes.” Pattak also relied on gobos from the two Ovation fixtures to get more saturated looks for some of the dreamy fantasy songs.

The COLORado Solo 2 fixtures were used with a series of scrollers that backlit the tracking band platform and formed a U-shape around the stage. “I had the COLORados backlight the different levels of the platforming,” said Pattak. “In its upstage position, the COLORado served as an additional backlight on the cast. When the unit tracked downstage, they also then became backlighting for the band.”

For Pattak, lighting Xanadu at the Hangar Theatre represented a homecoming of sorts. “This theatre had been on my radar for a while,” he said. “I went to to school in nearby Syracuse and always wanted to work at the Hangar after graduating. When my friend Dev Jenki was hired to direct Xanadu, he brought me on board, so I finally got to do a show at the Hangar. Dev and I have a shared language, having done a couple Theatreworks shows together at the Lortel Theatre. I also enjoyed working with the interns and apprentices at the Hangar. Vici Chirumbolo was my awesome electrician leading the team.”

As for the audience itself, they seemed to have a good time too. Near the end of the play during the boisterous disco scene, people in the audience were invited up to the stage to become part of the festivities. It was an exercise in the kind of pure unapologetic merriment that was as much a part of comedic theatre in ancient Greece as it is in modern Venice Beach — or anywhere else — today. 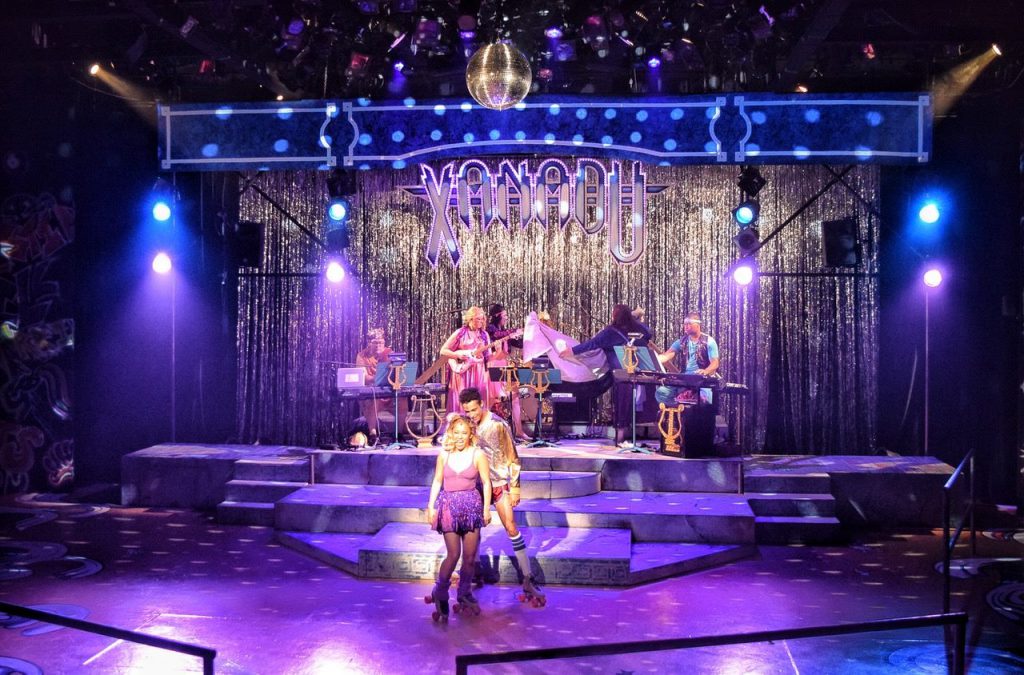