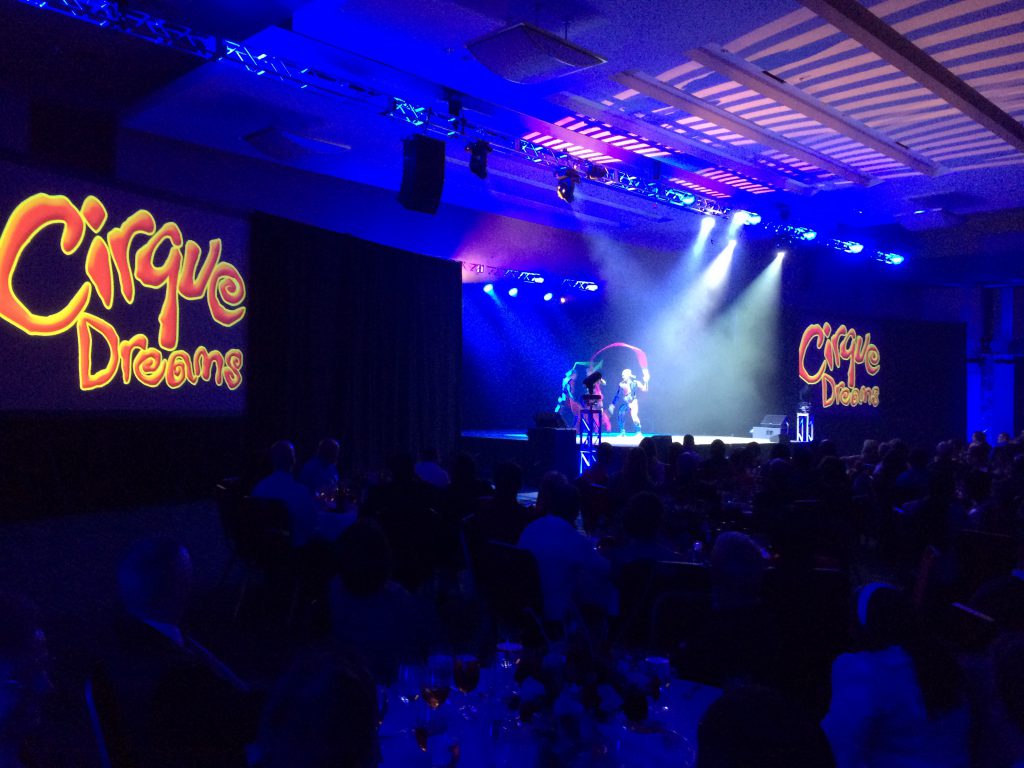 COLUMBIA, SC – This year, the holidays had an extra special and colorful touch for a production of Cirque Dreams Holidaze at the Nutramax Christmas party, produced by Michael Yorkell.  A zestful production that is rapidly become a seasonal classic, the show serves up a magical and unforgettable blend of soaring acrobatics, 300 vibrant costumes, music, dance and —  in Columbia, South Carolina at least —  a dazzling lightshow created by Image Production Services using a collection of fixtures from CHAUVET Professional.

Part Broadway musical featuring many acts that have appeared on America’s Got Talent; part breathtaking choreography; and part holiday extravaganza, complete with an appearance by a theatrical Santa, the show calls for something more than an ordinary lightshow. This is exactly what appreciative fans got at the Columbia Municipal Convention Center

“We were excited to light this show, because there’s so much going on,” said Darren Lussier of Image Production Services. “We wanted to put some very richly saturated colors on the stage to match the spectacular nature of the performances, which featured artist from all over the world. It was a special night for the audience and we wanted to treat it that way with the lighting.”

“We arranged the eight Q-Washes evenly between upstage and downstage truss to light the  aerial and stunt acts,” said Tyler Lussier.  “The COLORados were positioned throughout the room and around the stage. As is often the case when you do a show like this, setup time is at a premium. In this respect we were fortunate that the fixtures were very easy to work with and set up.”

The CHAUVET Professional fixtures were also very easy for the Cirque Dreams Holidaze audiences to like, according to the Lussiers, a father-son team.  “A really good thing about this project was seeing the audience’s response,” said Tyler. “People were blown away by the vivid intensity of the lights. We took some followspots with us for this show, but when we saw how well the Chauvets performed, we decided that we didn’t really need those fixtures much at all; the color rendering lights in our rig created all the focus we needed on the stage.” 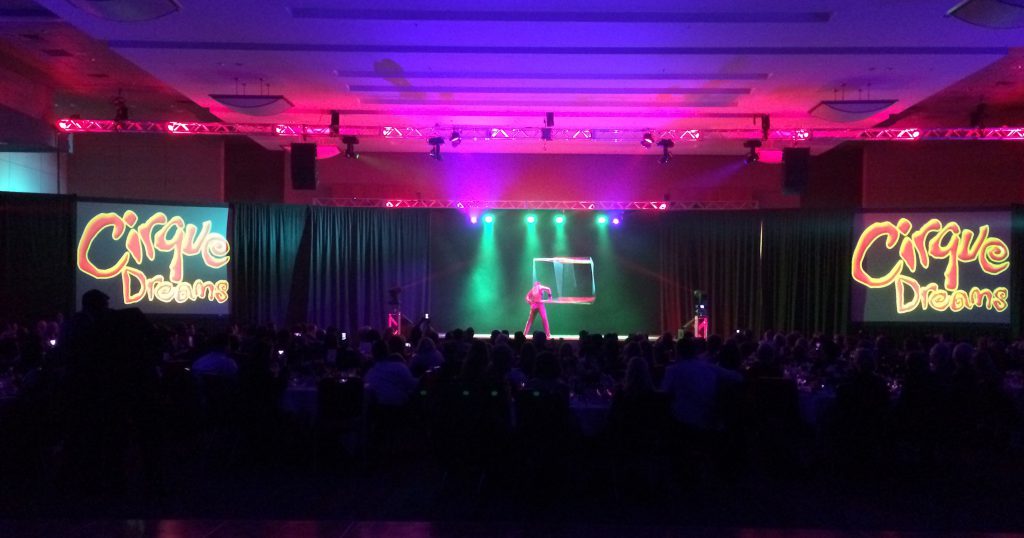