SAN JUAN, PR – Salsa, cumbia and contemporary North American pop all swirl together harmoniously in Christian Daniel’s lively vocal style.  Describing his captivating blend of music as “tropical pop,” the Puerto Rican-born artist has attracted a passionate fan base throughout the Americas as evidenced by his string of hits, including the chart topping single “Me Vuelvo Un Cobarde.”

Arranged in pairs that were oriented diagonally, the cubes spanned the width of the stage, creating a warm glow over the performance. Aiming one of the Nexus panels inside each cube downward, Ayala created eight points of warm white light on the wooden deck, lending an added sense of depth to the stage.

The cubes were raised and lowered during the performance, as well as being pixel mapped, to produce shifting patterns of light.  Working together, the movement of the overhead cubes together with the pixel mapped Nexus panel, created a hanging lantern effect that evoked feelings of being outdoors on a beautiful summer evening with a gentle breeze. This effect added to the sense of intimacy between Daniel and the audience, particularly on the artist’s romantic songs.

“We were very pleased with the looks we were able to create by placing the Nexus Aw 7×7 panels inside the cubes,” said Lara Alsina.  “The warm white light from these fixtures is very inviting and evocative, so they worked very well with our idea for the cubes.  Our master electrician Julio Fuentes and everyone else associated with the program were very impressed with the look we created, and they deserve a lot of credit for making that look come to life.” 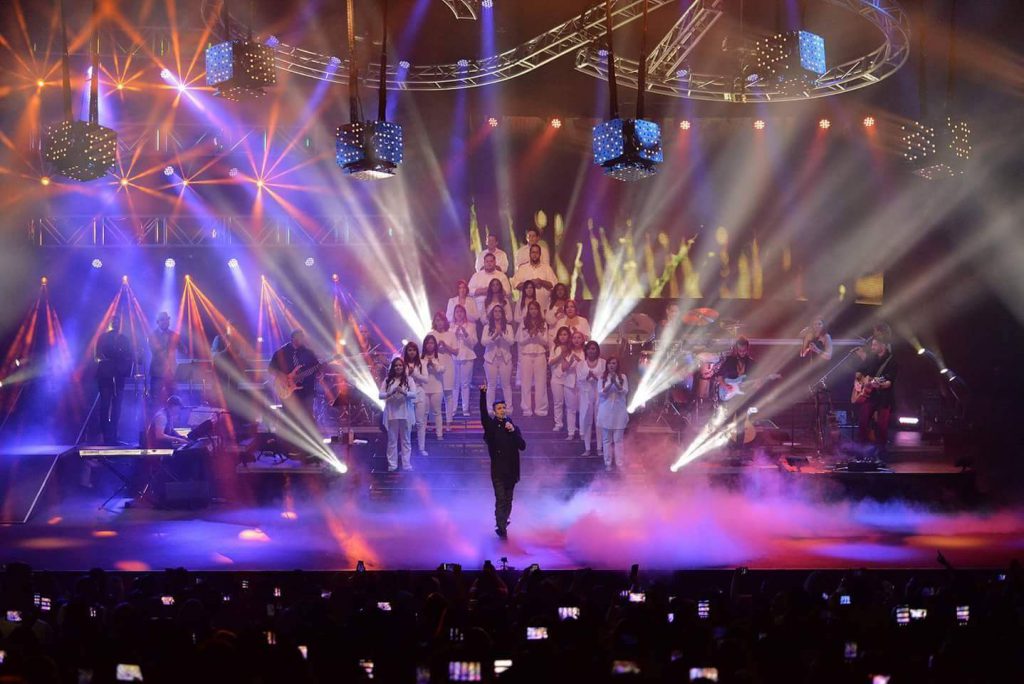