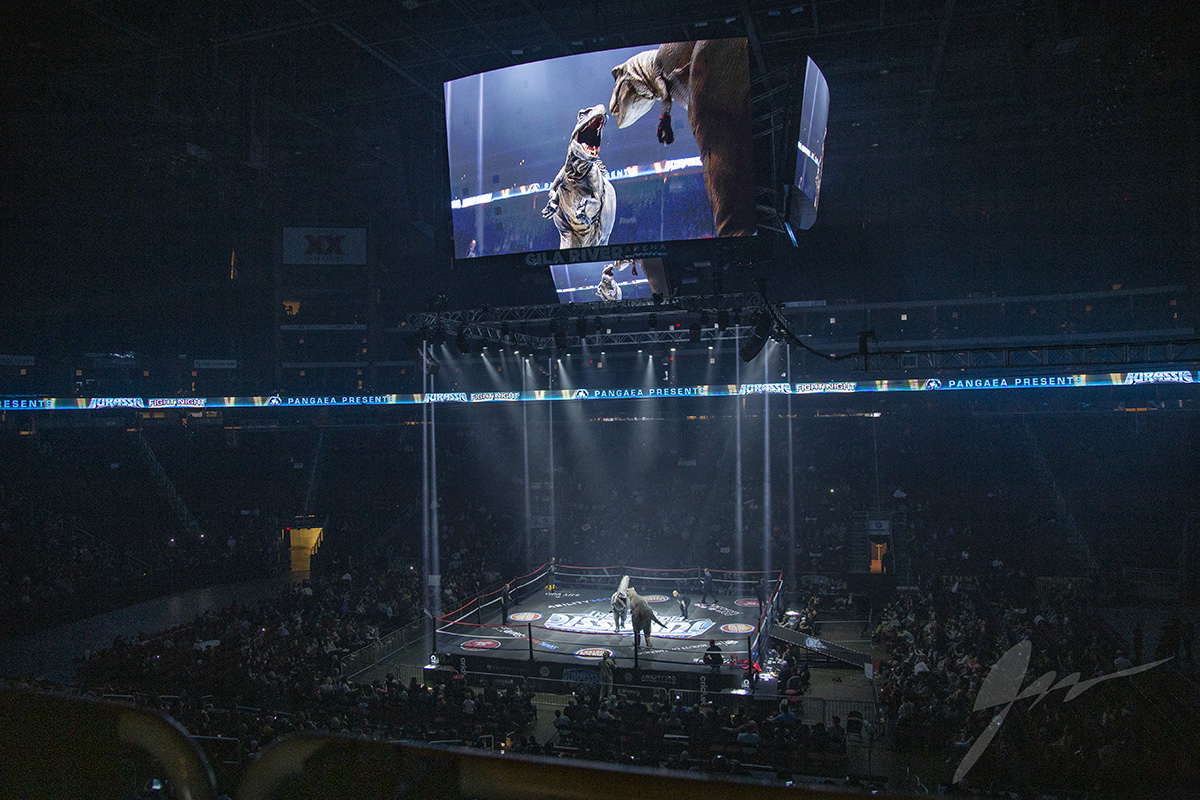 GLENDALE, AZ – Dinosaurs became extinct around 65 million years ago, unless of course you count Jurassic Park. But on Sunday February 17, the fierce reptiles demonstrated that they still have a lot of punching power when they showed off their pugilistic skills at “Jurassic Fight Night.” Held at the Gila River Arena outside Phoenix, the event drew an enthusiastic crowd of about 4,000 to see eerily realistic-looking dinosaurs with names like “Spinecrusher Spinosaurus” and “Rowdy Roddy Raptor” do battle in a full production setting evocative of a televised wresting or boxing match.

Lending an air of excitement and authenticity to the proceedings was a dramatic John Garberson-designed lightshow that featured CHAUVET Professional Maverick, Rogue and STRIKE fixtures, supplied by Creative BackStage.

“The idea was to create a fight night-like atmosphere at the event,” said Garberson. “We wanted to have some very punchy stage washing in the ring to build anticipation and convey intensity. I feel the lighting really helped the crowd get immersed in the action.” 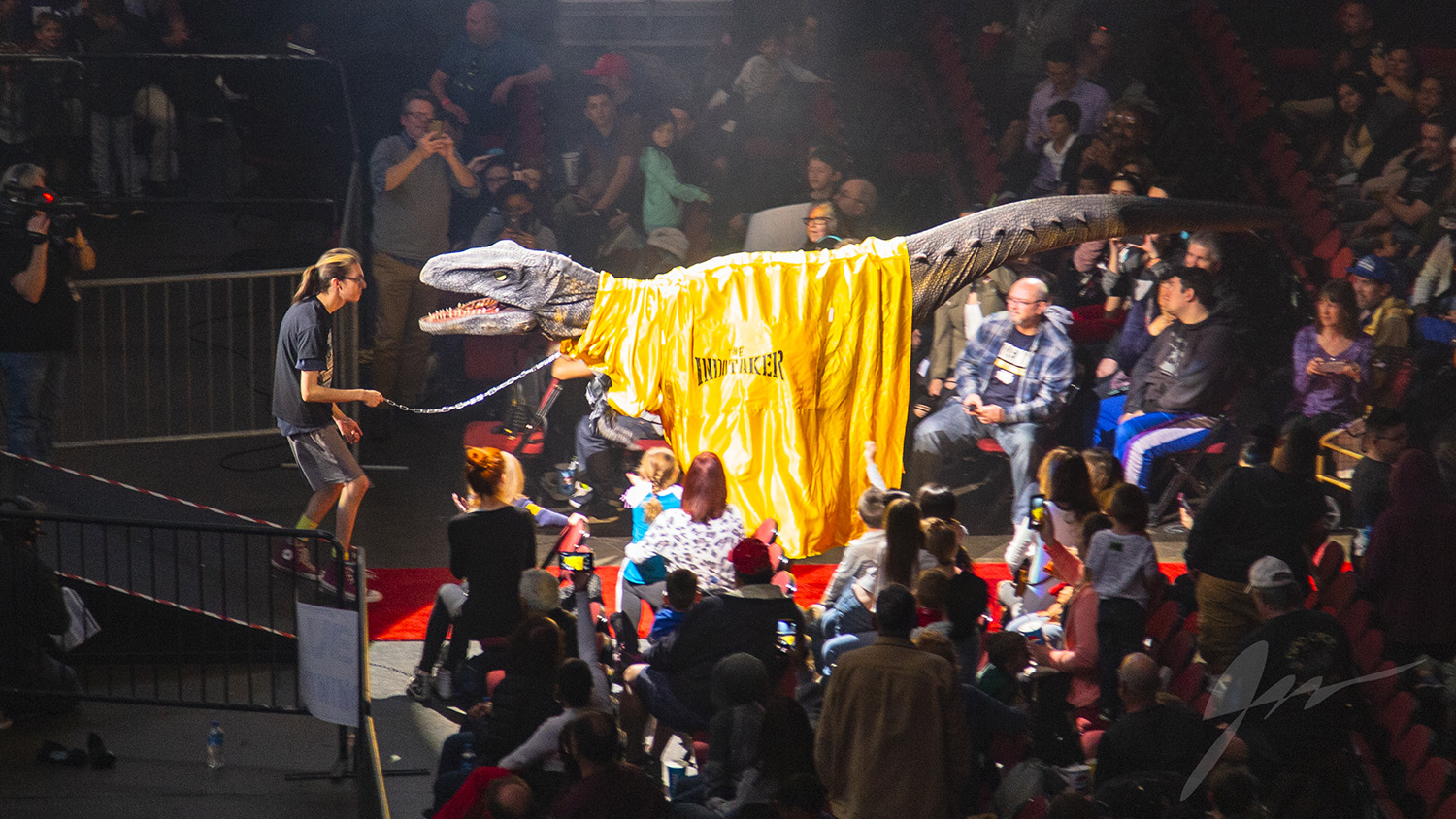 Garberson and his team of lighting programmer Elliot Knight and L2 Jonathan Brekken arranged their fixtures on a 40’ x 40’ truss rig. Each leg of the truss had 3 spot fixtures, 8 washes, 2 beams and 2 STRIKE 4 multi-formatted fixtures, which were used as blinders.

“The majority of fixtures we had were from CHAUVET Professional,” said Garberson. “There were a total of 12 Maverick MK2 Spots, 24 Rogue R2 Washes and 8 STRIKE 4 blinders.”

Regarding the STRIKE 4 fixtures, Garberson noted: “The blinders were extremely effective in engaging the crowd. Every time we blasted the light from the STRIKE 4s, we got a big reaction, as if something was about to erupt.”

The throw distance of the Maverick and Rogue fixtures was essential to helping the lighting design work according to plan. “We had one dinosaur, the Tupandactylus, rigged with a zip line through the boxing ring,” said Garberson. “This meant we had to push the lighting fixtures up to 45’. This was a pretty big distance to get the kind of punch we wanted in the ring, but the R2 Washes did fine. Then we punched things up even more with the Mavericks.”

A hockey game took place at the arena on the Saturday night before the dinosaur fight. As a result, the Creative BackStage crew wasn’t able to get to the venue until 2 am. “We had to put this together for the first time and do full show run-throughs and have it ready by 2:30 pm,” said Garberson. “We made it just before the doors opened. This was one crazy, but very cool, event. I would love to do it again and again.”