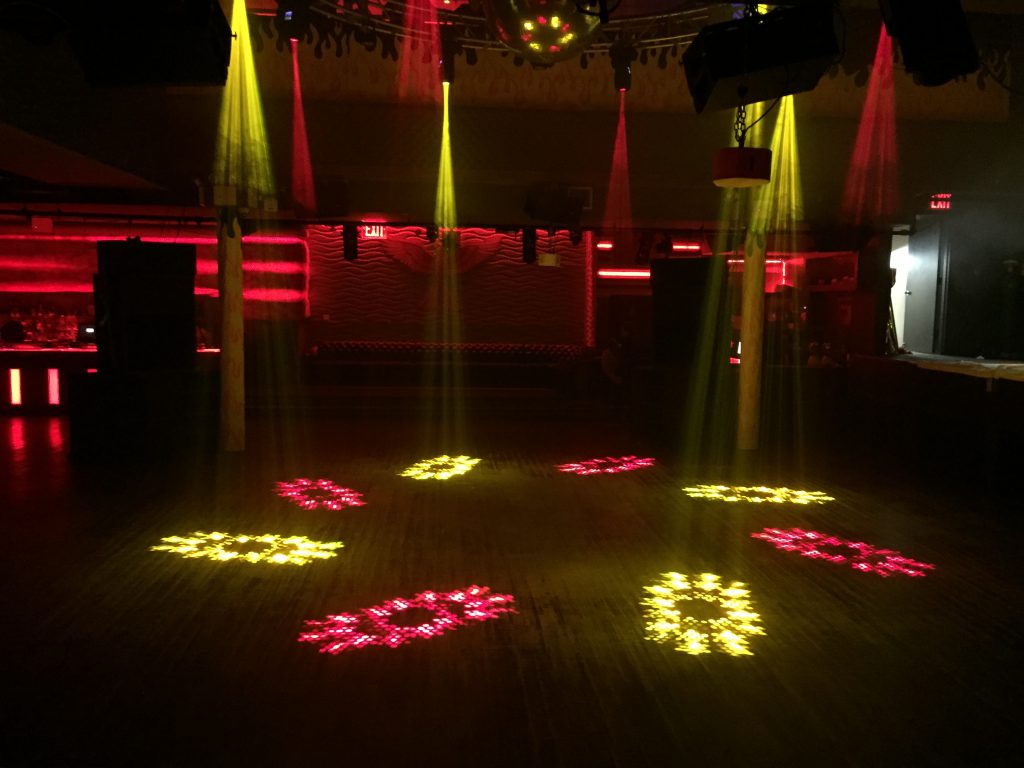 NEW YORK – From its unique fixed color wheel with 14 slots plus white to its variable speed scrolling, the Rogue R1 Beam has a variety of special features. Lighting designer Dougie Lazer needed every last one of these capabilities recently when he worked the boards for “Out of the Ashes: Phoenix Rising,” a party at Manhattan’s Stage 48 that commemorated the rebirth of the city’s iconic Sound Factory.

“I ran the lightshow for about 10 straight hours from before 11 until after 8 in the morning for this party,” said Lazer. “Anytime you’re on for that length of time, you‘re going to lean on everything a fixture has to offer. I made great use of the Rogue’s ability to give me different gobo looks, tightly collimated beams and split colors. We kept the show fresh looking the whole time.”

By working well past the wee hours of the morning, Lazer was upholding a tradition that made New York’s original Sound Factory a legend in the dance music world. Opened in 1989 on the western edge of the city’s Chelsea neighborhood, the club drew an eclectic mix of gays, straights, yuppies, Bronx guys and voguers, all of whom shared a love of non-stop partying in common. At 8 am on a Sunday, when other clubs were long closed, the Sound Factory was still packed with people dancing to the unique sampling, mash-ups and ambient sounds of trail-blazing DJs like Jonathan Peters and Junior Vasquez. Celebrities like Madonna, who penned her hit “Vogue” based on her experience at the Sound Factory, were frequent visitors to the club. 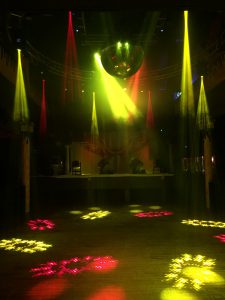 Lazer was the house LD at the club, which closed in 2004.  Last year, when Richard Grant, the cofounder of the Sound Factory, asked Lazer to design a show for a party that would kick off the revival of the iconic club, the LD jumped at the chance.

“I had so many great memories of my time at the original Sound Factory, and the club was so important to music that of course this was something I really wanted to do,” said Lazer. “I wanted to bring a lot of energy to this event with a design that celebrated the ’90s club scene in New York, but at the same I wanted to add contemporary touches in there too. The speed of the Rogue fixtures, its split colors and sharp beams gave me really the best of the ’90s and today.”

Lazer used 14 Rogue R1 Beams in his design, along with eight Strike 324 circular white strobe fixtures also from CHAUVET Professional.  He positioned eight of the Rogue fixtures on a large circular truss structure over the dance floor.  The other Rogues were aimed at the stage and a 5-foot circumference mirror ball.  The Strike fixtures were arranged on the overhead truss with the Rogue units.

“We absolutely had to have round truss at this party to commemorate the look of the Sound Factory,” said Lazer. “It became a focal point of my design. We shot the Rogues and the Strikes straight down at the dance floor to create some sick looks. The gobo patterns we got from the Rogues were super crisp.  I especially liked the cue ball looking one. I also programmed a chase sequence on the Strikes to create a tornado-like effect that really kind of enveloped the whole dance floor.”

The lightshow was, as all the VIP guests at “Out of the Ashes: Phoenix Rising” agreed, a fitting tribute to a club that had a major impact on the club and music scene. Sadly Richard Grant never lived to see the celebration of the Sound Factory. He passed away of natural causes just two weeks before the party. His family reportedly kept the news of his death as quiet as possible, so as not to cast a pall over the party. Those who knew the legendary club impresario say that is precisely how he would have wanted it.