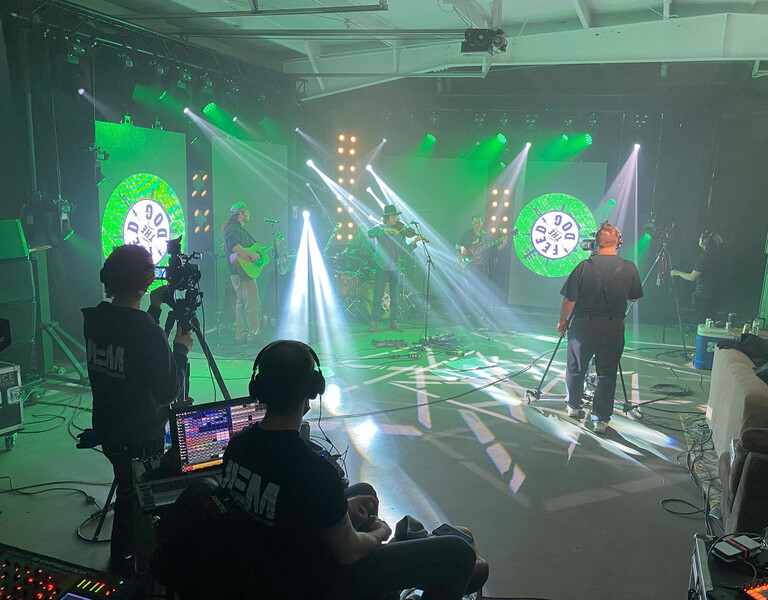 WAUSAU, WI – At 7 pm on Saturday March 21, the four members of Feed the Dog found themselves someplace they never thought they’d be a few weeks earlier: standing before microphones ready to perform their high energy blend of rock and bluegrass music.

There was no audience present, but the jam banders, who have played at clubs across the US and festivals like SXSW, didn’t care, it was a chance to perform live music – plus it was all for a good cause.

The Feed the Dog show was the first of what promises to be a series of livestreamed concerts at the warehouse, turned studio, of JEM Productions. (Substyle, a five-piece genre-hopping band, is already signed to do the next show.) 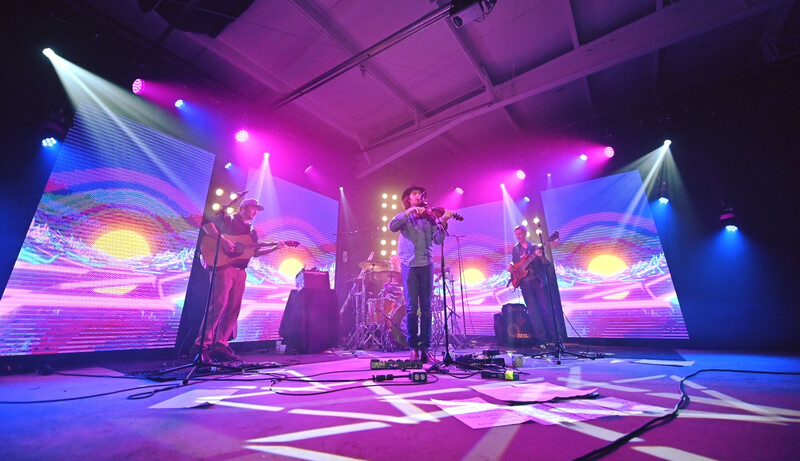 Joe Ellis, the owner of the production house, came up with the concept of doing the Saturday livestreams, which are lit by his company’s collection of CHAUVET Professional Rogue, STRIKE and COLORado fixtures. A guitarist himself, Ellis wanted to do the shows, for streaming on Facebook and later broadcast on public TV, to provide a performance outlet for idled musicians while also raising money for groups that support children’s charities.

He did all this with The Feed the Dog show, while also providing work for JEM team members and showcasing the impressive capabilities of his company’s lighting inventory. “These are obviously very challenging times and we don’t want to sit idle during them with a warehouse full of great fixtures,” said Ellis. “The livestreamed show concept seemed like a great way to accomplish what we were after. As a company, we’ve always been involved in giving back to the community — and this is the time to do that. We also got to demonstrate what could be done with our gear. The gobos, washes and split beams we got with the Rogues came off very well on camera and the COLORados were impressive set pieces.”

Although the livestream shows may not generate a lot of money now, they are keeping the JEM team busy and are helping the company prepare for the future. “When this coronavirus crisis is over, there may be a new demand for livestreaming, “said Ellis, “and we are going to have the proven experience!”

A 40’ wide by 30’ deep section of the JEM Productions warehouse was converted into a studio set for the livestream show. The lighting fixtures and video panels were arranged to form a V shaped configuration in this area, with columns of COLORado units arranged in the spaces between the panels for back and side lighting, as well as washing. Alternating Rogue wash and spot fixtures were hung over the video panels. From this position, they provided down lighting and breakup gobo patterns on the set. 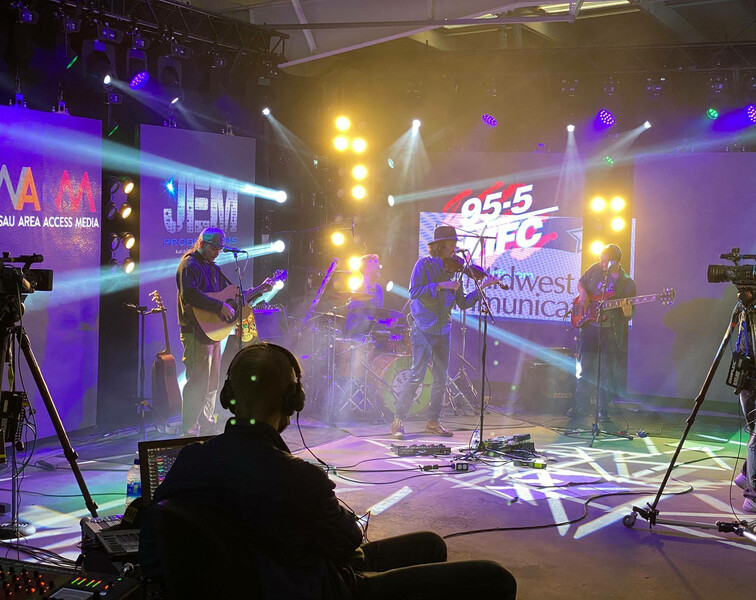 “We are new to lighting and streaming from a warehouse, so we will have to learn and adjust, but we anticipate things,” said Ellis. “We’re designing the lighting a little differently than we would if this were in a live audience situation, calculating camera angles and programming to maintain live show energy without overwhelming the cameras in our relatively close quarters.”

While JEM Productions supplied all AVL components, the company partnered with Wausau Access Channels as a community producer. The TV station provided the show’s director, as well as some cameras, in addition to the four owned by JEM.

“We had great partners in this effort,” said Ellis. “I owe a big thank you to David Dickinson and Kris Berge of Wausau Access Media, as well as all the JEM employees and contractors. Our local radio station 95.5 WIFC and WAOW News 9 also helped by promoting the event. Dave Kallaway of WIFC did excellent work hosting the event, which made it stand out all the more.”

Encouraged by the results of his first livestream fundraising show, Ellis is looking forward to more. “We’re excited to launch a weekly program – think Austin City Limits,” he said. “Our goal is to provide outstanding musicians an outlet to perform for the public in a professional setting, while also helping those in need until this passes and we can all get back to normal. After that who knows, but meanwhile we are not going to sit around waiting for the live event industry to reboot.”