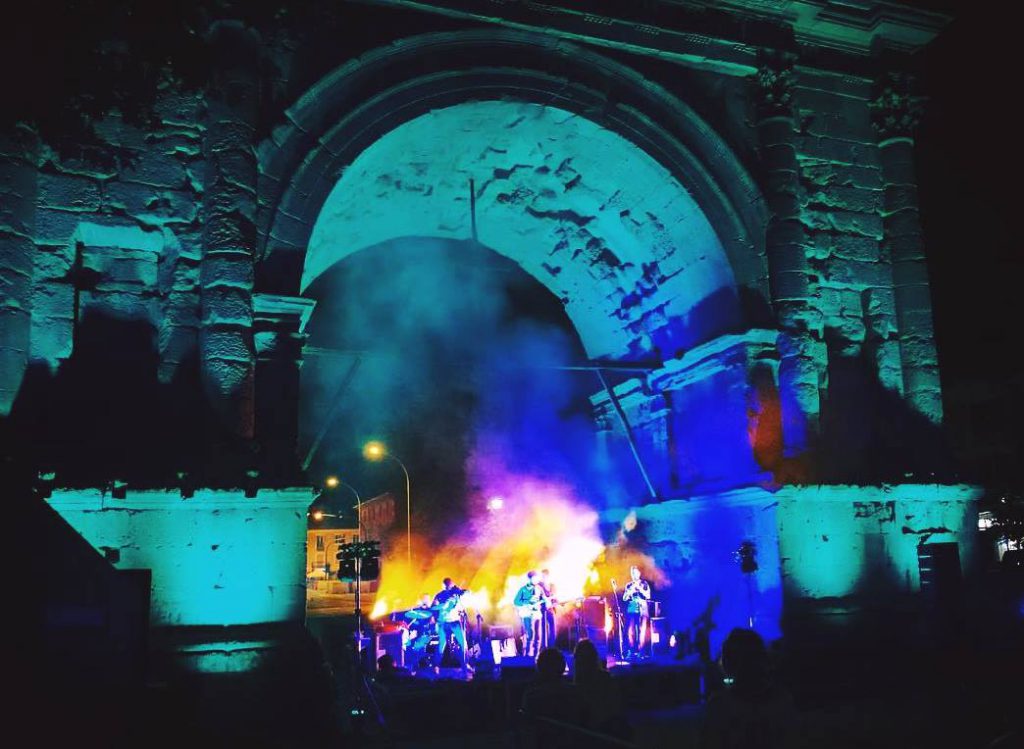 AOSTA, ITALY – With its massive central arch, fluted shafts, Corinthian capitals, and shields depicting ancient divinities, the Arco d’Augusto stands as a monument to Roman art and engineering. This fall, the imposing structure, which was dedicated to the Emperor Augustus by the Roman Senate in 27 BC, also served as a hauntingly evocative setting for a concert by the award-winning Italian folk rock band L’Orage, as they performed on a stage set up under the spacious arch.

Adding to the mesmerizing atmosphere of the concert was a Federico Seguri lighting design that cast a polychromatic glow on the band and the ancient monument by using a collection of CHAUVET Professional Maverick fixtures, supplied by Fumasoli Audio & Lights Rental.

Seguri deployed 20 Maverick MK2 Wash fixtures to light the arch. Positioned on the ground around the arch, the intense RGBW moving LED fixtures didn’t merely illuminate the ancient monument, they animated its intriguing architectural features by casting sections of its surface in brightness, while leaving other areas in relative darkness.

This not only endowed the arch with a greater sense of depth, it also seemed to bring its surface to life, as if calling up ghosts from the stone’s 2,000-year history. Using the Maverick MK2 Wash to change the color of the arch, Seguri enhanced the dynamic effect of his design even further. The variety of colored washes he used also worked to reflect the varied moods of the eclectic band’s music.

As for the band itself, Seguri accented their performance with the help of 12 Maverick MK2 Spot fixtures positioned behind the group. Arranged on cases of varying heights, the 440W moving LED fixtures were used for backlighting, specials and aerial effects aimed at the roof of the arch and the open sky beyond.

The Maverick MK2 Spot’s wide 13° to 37° zoom range allowed the coverage area of the backlighting to change, adding to the variety of looks during the concert. Meanwhile, the unit’s CMY + CTO color mixing provided balanced coordinated looks with the wash on the monument itself.

With its smoothly blended instrumentals and uplifting harmonies, the music of L’Orage harmonized perfectly with the ethereal mood of the evening. Many fans gathered around the ancient Roman monument were familiar with songs from the band’s first all-studio album Macchina del Tempo (Time Machine), a name that provides a fitting image for the concert’s transformative visuals. 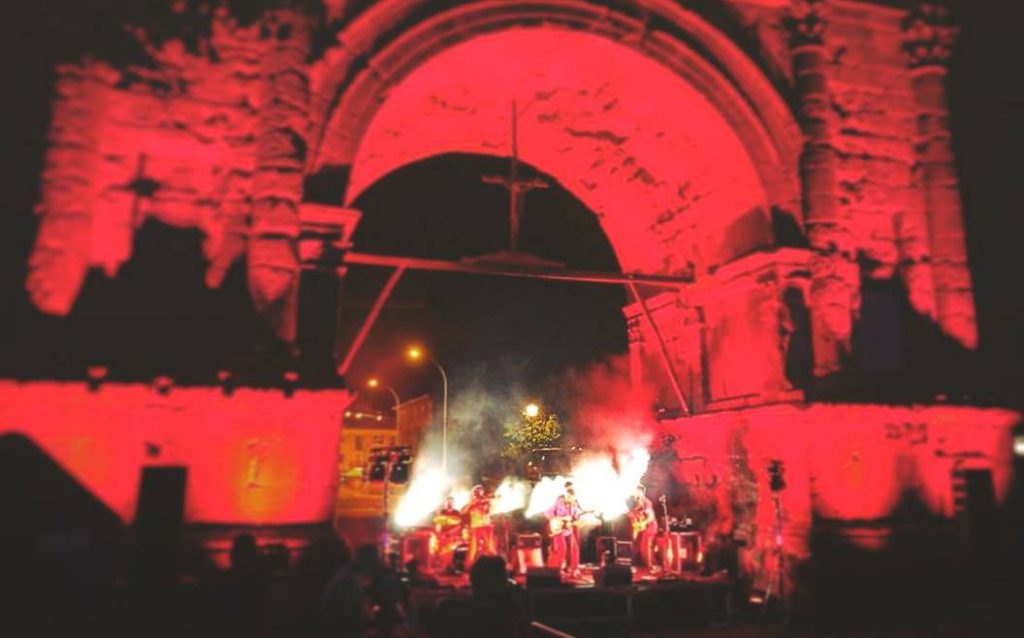