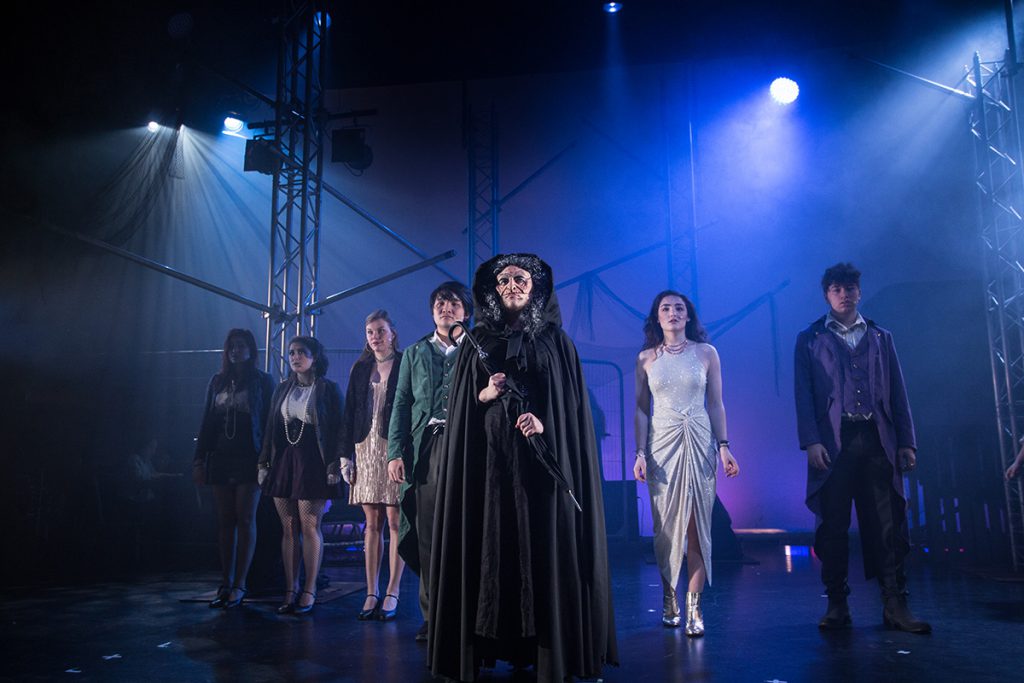 LONDON, UK — While the 2014 Disney film production of Into the Woods garnered huge amounts of attention, thanks in part to its all-star Hollywood cast including the likes of Meryl Streep and Johnny Depp, a recent UCL theatre production has succeeded in stripping down the Stephen Sondheim classic to its thematic core – exposing the eternal battle between darkness and light. Instrumental in this exploration of desire, ambition and relationships through classic Brothers Grimm characters such as Little Red Riding Hood, Cinderella and Rapunzel was a combination of CHAUVET Professional Maverick MK1 Spot and MK3 Wash fixtures, specified by LD Alex Forey.

With the general concept for the lighting based around the need to support the director’s post-apocalyptic vision, the cutting and powerful effects of the Maverick combination were called upon to create unique and harrowing atmospherics.

“As the set had a lot of exposed aluminum, sharp corners and barbed wire, I wanted to make sure the lighting never felt too ‘homely’,” commented Forey. “I was able to support this drastic visual collage with the cutting features of the Maverick fixtures – an absolute necessity to support the sinister elements of the play.”

The Maverick MK1 Spots were positioned from overhead stage trussing and were utilized for a variety of purposes, including punchy strobe-emulating effects and general set dressing.

“The iris, animation wheel and rotating gobo wheels came in really handy for a number of scenes,” continued Forey. “In fact, the Spot effects define a number of key phrases in the play, such as the scene where Cinderella’s birds have the impression of flying down to her assistance.”

The saturated colors of the MK3 Wash fixtures, on the other hand, were positioned low down on booms on either side of the stage. Thanks to the pan and tilt features, Forey was able to quickly and efficiently focus intense wash effects on any given part of the stage.

“The brightness and rich colors of the Maverick Wash luminaires were key assets, and they were definitely brighter than our 2K Fresnels,” continued Forey. “I wanted to sidelight from low-down, and being able to pan and zoom them to isolate areas of the stage without making it immediately obvious where the light was coming from was really helpful.”

Given the pastiche nature of the story, it was something of an inevitability that the lighting concept would need to support a number of different scene changes within the performance. As a result of Forey’s intelligent employment of both Maverick fixtures, it became clear that the atmosphere within each scene was being very much dictated by the lighting.

“The versatility of the Mavericks allowed us to fashion all the different locations in the show, continued Forey. “Whether Cinderella’s palace, Jack’s house or the forest – the Mavericks gave each setting a unique and distinct feel whilst retaining that somewhat magical yet sinister feel of the story.” 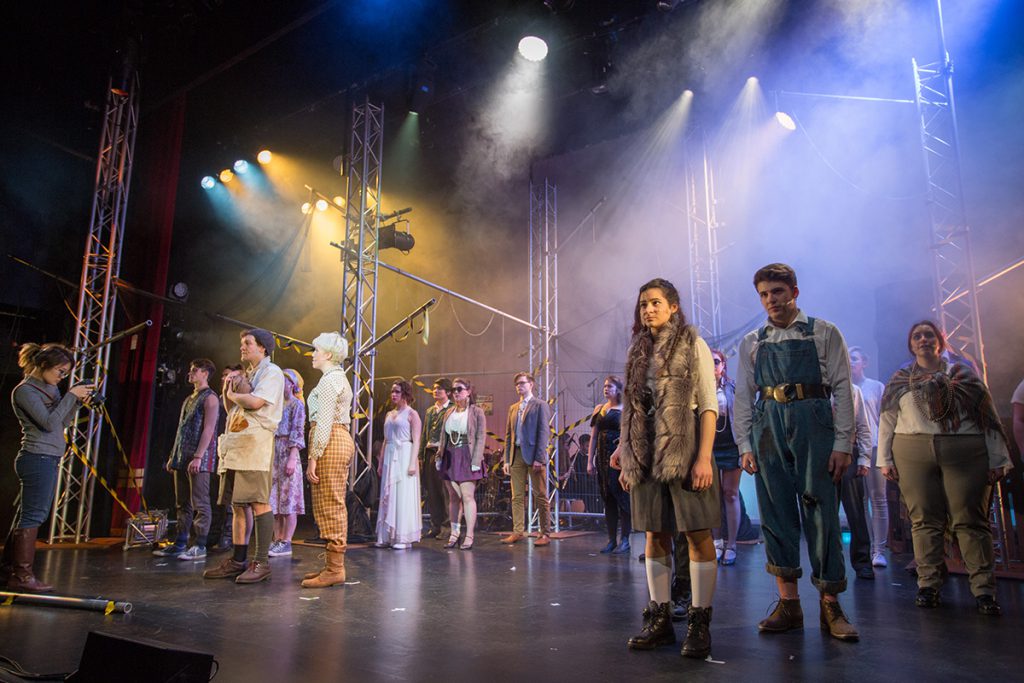