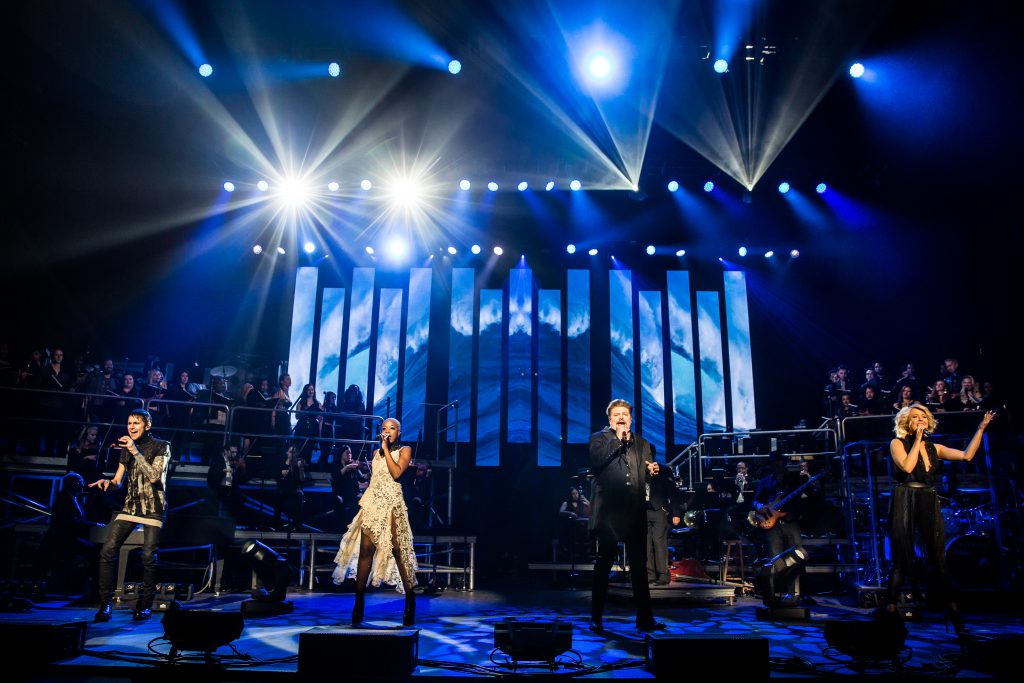 NEW YORK – Unlike all but a handful of other venues in Manhattan’s famed theatre district, the Broadway Theatre is actually located on Broadway. This is far from the only thing that stands out about this big (by Broadway standards) 1760-seat theatre. Throughout its 94-year history, it has housed trailblazing productions, including the 1943 premiere of Oscar Hammerstein’s Carmen Jones, one of the first musicals to feature an all African-American cast. Years earlier, before it was dedicated exclusively to theatre, it was the site of the first showing of Walt Disney’s cartoon film Steamboat Willie, which introduced the world to Mickey Mouse.

The theatre’s distinctive tradition continued recently, when it hosted a six-week run of Rocktopia, a groundbreaking concert that explores new artistic dimensions by weaving rock and classical music together and wrapping them around a free-flowing story that eschews traditional notions about plot and characters as it examines the phases of life. Providing richly textured visuals to support this ambitious narrative, and punctuate its musical mix, was a Michael Stiller-designed lightshow that featured a collection of CHAUVET Professional Rogue fixtures and an exciting video array made up of CHAUVET Professional PVP S5 LED tiles, all supplied by BML-Blackbird.

For Stiller, the show at the Broadway Theatre represented an opportunity to expand on designs he had done earlier for Rocktopia’s acclaimed PBS special, filmed at the Hungarian State Opera House in Budapest, and on his ongoing work for its US tours. “This limited run on Broadway gives us the chance to flesh out our tour design and finesse things in a way that is not possible when you’re hitting a different house every day,” said Stiller. “We expanded what was mostly a scenographic lighting plot for our tour to include dedicated keys, backlights and specials for the singers, band, 20-piece orchestra, and 30-member choir in the Broadway production.”

Stiller positioned five Rogue RH1 Hybrid fixture on the theatre’s furthest upstage electric to provide “the hottest and most defined of the beam effects.” He also had 18 Rogue R2 Wash units flown in a grid configuration to use as a base for aerial effects and washes on the 44’ wide by 40’ deep stage. Another 22 Rogue R2 Wash fixtures were arranged on the two most upstage trusses for backlighting. To add extra sparkle during rock numbers, Stiller relied on four Rogue R1 FX-B fixtures positioned two apiece on the stage right and stage left decks.

“Rocktopia is really a concert experience, and not a traditional theatrical production,” said Stiller. “The versatility we got from the Rogues was invaluable, since we used them for creating everything from theatrical stage washing to concert-style eye candy. My partner and Rocktopia programmer Greg Bloxham, ALD Erik Herskowitz, and my co-video designer and media content creator Austin Switser of Switser + Knight were instrumental in helping me create something that bridged the worlds of rock and classical music, as well as concert and Broadway shows. Working on Broadway is expensive, and we all worked off clicks and time code, which allowed us to accurately previz the show in our studio and helped get things up and running within the real-world constraints of time and budget.”

The fluid structure of Rocktopia also created unique challenges for the lighting and video design team. “This is not a story-driven show in any traditional sense,” said Stiller. “There are no characters or plot; rather each movement is meant to represent a stage in our collective development and the cycle of life. We traced the human and terrestrial experience from the creation of our world to human birth, through adolescence, rebellion, love, achievement, death, and birth again. The media content for each movement supports this thematic storyline, sometimes in an abstract way, and sometimes more literally.

“While the media follows the narrative, the lighting is purely emotional,” continued Stiller. “Like any good rock show, we used lighting to support the mood of the music in the moment, provide punctuation, reinforce rhythm, and create a visual accompaniment to the aural experience. When the music, visuals, and lighting all play together, in sync, the experience takes on an entirely new dimension for the audience. Seeing this happen is probably the most rewarding thing for me.” 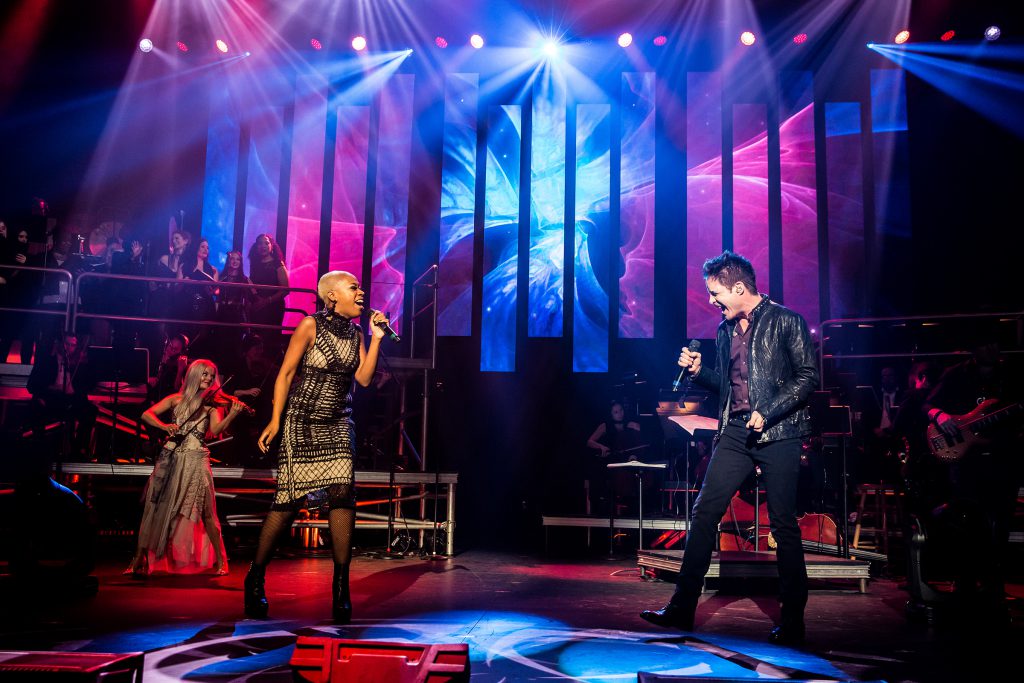