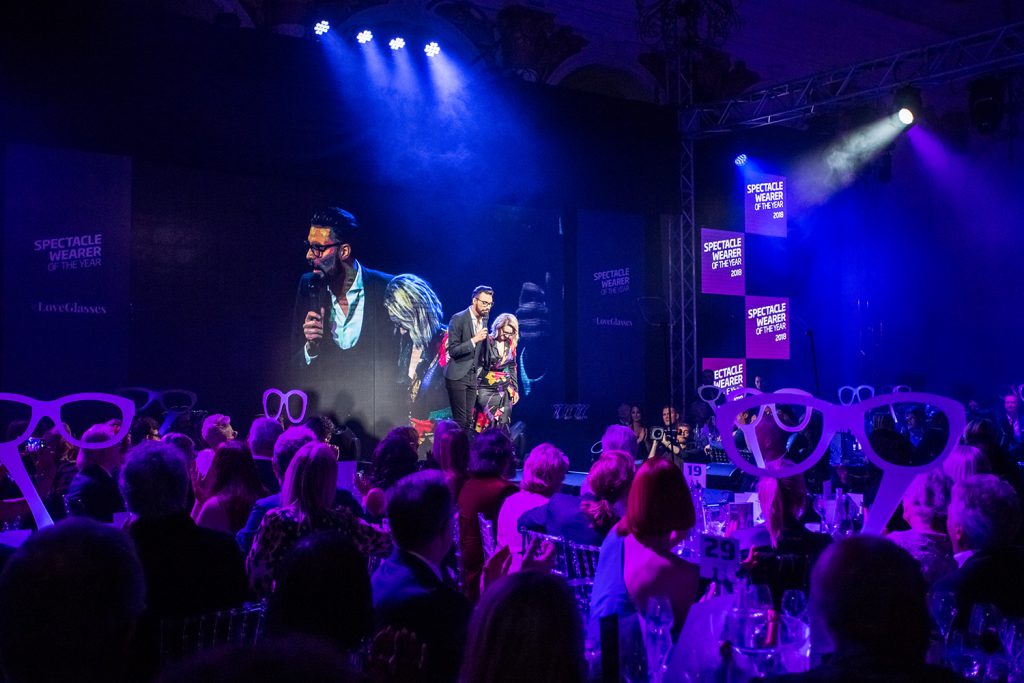 LONDON – Since it began 1995, the Spectacle Wearer of the Year Awards (SWOTY) has been characterized by a relentless drive to push the creative envelope. The brainchild of Specsavers founder and Kidscape patron Dame Mary Perkins, the annual gala honoring the UK’s bespectacled movers and shakers is loads of fun and generates tons of press for its eyewear chain sponsor, all while aiding a good cause. (Last year over £105,000 was raised for Kidscape, an organization dedicated to combatting bullying.)

Not surprisingly, given its penchant for surprising guests, SWOTY has constantly striven to give its awards ceremonies a new look every year. In the past, this has meant changing event companies for each annual gala. However, for the past three years, the event’s design has been left to the capable hands of SXS 20, which built its design for the most recent SWOTY around a collection of over 90 CHAUVET Professional fixtures.

“Delivering our third consecutive SWOTY is a real accolade,” said Rosy Castellari of SXS 20. “We believe a key aspect of this success is the way we pitch the event each year as if it were a new job for a new client. We offer at least three set designs and multiple ideas for the after party.”

SXS 20’s design concept for this year’s gala revolved around the idea of creating stunning looks while still respecting and accentuating the architectural elements of the event venue at 8 Northumberland Avenue, just off Trafalgar Square.

“We worked hard at making a stunning production while still remaining sympathetic to the aesthetics of this beautiful room,” said Castellari. “We achieved this by using lighting effects to accentuate the architecture and by designing set pieces and staging to align with existing venue features.”

To achieve this goal, the SXS 20 team had to address the issue presented by the relative lack of hanging points in the venue. The team did this by constructing a ground support structure and recessing its towers in the room’s arches. This made it possible to hang more lighting in the room. The compact size of the Chauvet fixtures was instrumental in helping SXS 20 execute this plan.

“We’re impressed with the output that we got from the Chauvet fixtures,” said Castellari. “They delivered a great deal of brightness and versatility for a compact fixture. All the Chauvet products offer a feature set that would be expected of products that are much higher priced in the market.”

SXS 20 used 11 Maverick MK1 Hybrid fixtures at the event, deploying eight units for mid-air effects and breakups, while dedicating two units to statue washing and one to backlighting winners backstage. “We were very impressed with the versatility of the Mavericks,” said Castellari.

Like the Maverick fixtures, the Rogue units in the event rig served a variety of purposes. SXS 20 deployed eight Rogue R2 Wash fixtures as audience washes, six as front lights, two as specials and four as part of the DJ floor package. The design team also used four Rogue R1 Wash fixtures as front lights at the judges’ table. For backstage lighting, they used 10 COLORdash Par-Hex 12 fixtures. The team also positioned WELL Fit fixtures around the room for uplighting.

“Our plan was to immerse the room in color, often purples, to fit the flower theme of the evening,” said Castellari. “This is a really fun-filled event, with a lot of celebrities and original surprises. We wanted our work to support this mood in a way that was stylish, unobtrusive – and different from any looks we did in previous years.” 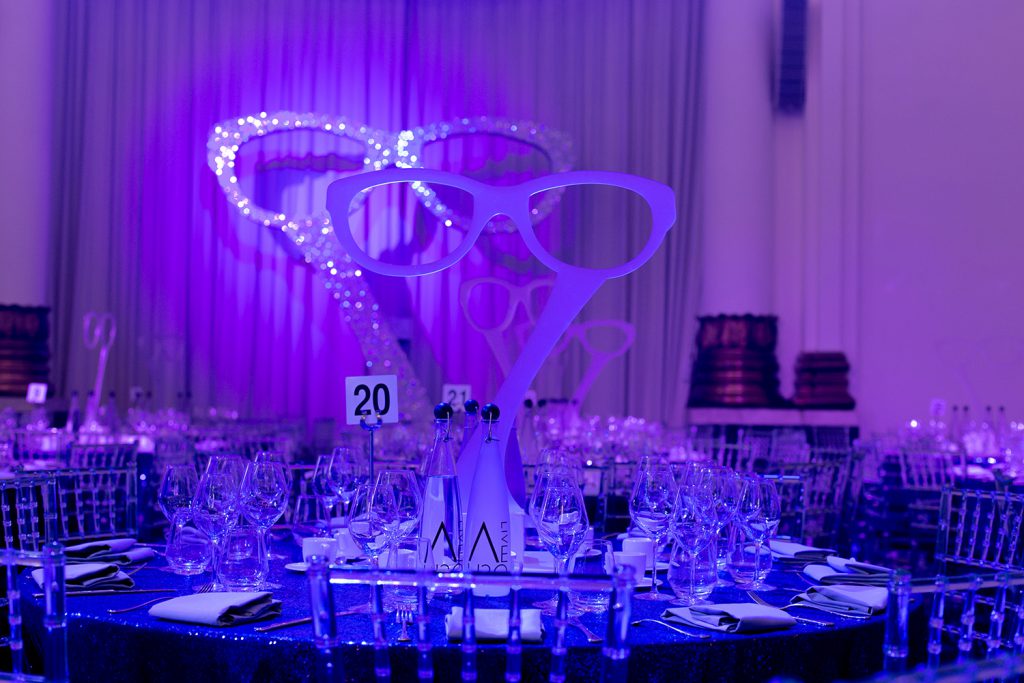