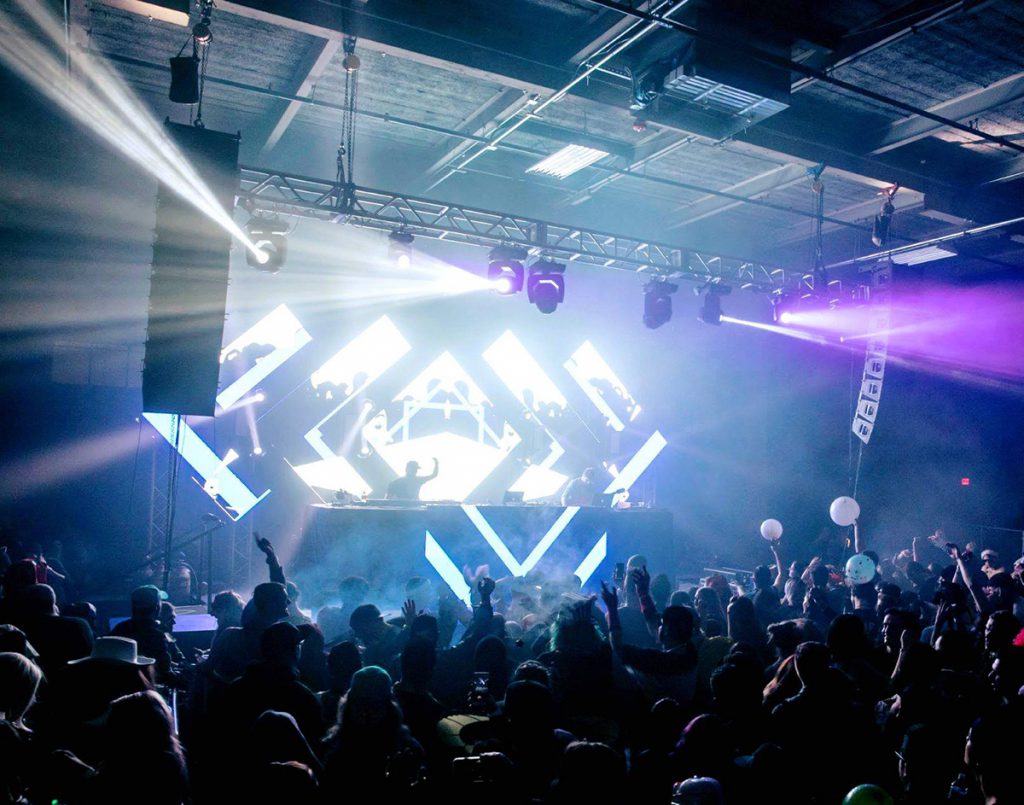 BROOKLYN – There are many good reasons why the Brooklyn Warehouse has become a hub of New York’s after-hours nightlife. Aside from being in one of the borough’s hippest neighborhoods, the cavernous 100,000 square foot former warehouse offers enough space to host shows by the hottest EDM and deep house stars.

For all its advantages, though, the big building, with its myriad nooks and crannies (not to mention limited power), can present a full-size challenge for lighting designers wanting to create immersive looks throughout the entire venue, especially when the budget and number of fixtures available is limited. Spencer Lavoie recently met this challenge in stunning fashion by creating wall-to-wall and floor-to-ceiling lighting excitement with 48 CHAUVET Professional Rogue fixtures.

Lavoie of 4Life Entertainment & Technology Solutions used his fixtures on two stages at the sprawling venue for BangON NYC’s Warehouse of Horrors, a two-day Halloween event that featured stars like Gramatik, Waker & Royce, Klingande and G Jones. Flying the Rogue fixtures from two rows of overhead truss above the main stage, as well as from the multitude of I-beams on the former warehouse’s vaulted ceiling, he and his LD Alex Van Roon blanketed the big room in light while still preserving its industrial look.

“Being that this was a warehouse party, we wanted to make sure that our lighting did nothing to take away from the minimalistic, post-industrial vibe of the venue,” said Lavoie. “The warehouse feel is part of the attraction of this neighborhood and this venue. The zooming capabilities of our Rogues allowed us to cover the performers and the room in light without making the place look like a nightclub instead of a warehouse.”

A total of 24 Rogue R2 Beam, 8 Rogue R2 Spot and 16 Rogue R1 Wash fixtures anchored the rig for the event. The beam and spot fixtures were used to highlight artists on stage and to accent key design elements in the building, while the wash units provided ambient light.

“The R1 Wash was great at evoking a mood throughout the building by providing us with richly colored ambient washes,” said Lavoie. “We took full advantage of their zoom capabilities by washing the crowd one minute, then focusing in on a section of the stage the next.

“There’s an expectation that comes with lighting a party in New York City,” continued Lavoie. “People demand a level of intensity and movement, so the ability to zoom in and out helps a great deal; so too does having a lot of special FX in your pocket. “

Lavoie and his LD Van Roon followed two distinct design concepts when lighting the event, keeping the show over the stage vibrant and effects-heavy, while creating a subtler and more immersive look over the crowd. “Going beyond our stage show, we wanted to keep the crowd engaged with audience lighting and aerial looks that accentuated the warehouse mood,” said Lavoie. “To execute this, we had multiple lines of lighting fixtures running above the packed crowd. These lines ran from the beginning to the end of the areas where the crowd gathered, creating almost a dance zone effect.”

Creating this look was made even more challenging by the warehouse venue’s power constraints. “Power is often an issue in a building like this,” said Lavoie. “This limited the number of fixtures we could use, even with LED technology. The Rogue’s output to power draw ratio was a real plus here.”

Strategically positioned Amhaze atmospheric effects and CHAUVET DJ Cumulus foggers amplified the impact of the lighting fixtures and contributed to the mood of the show. “We were able to get huge volumes of low-lying fog without CO2,” said Lavoie. “As soon as people entered and stepped into the fog, they felt transported, which is really the feeling that you want to create at a warehouse party.” 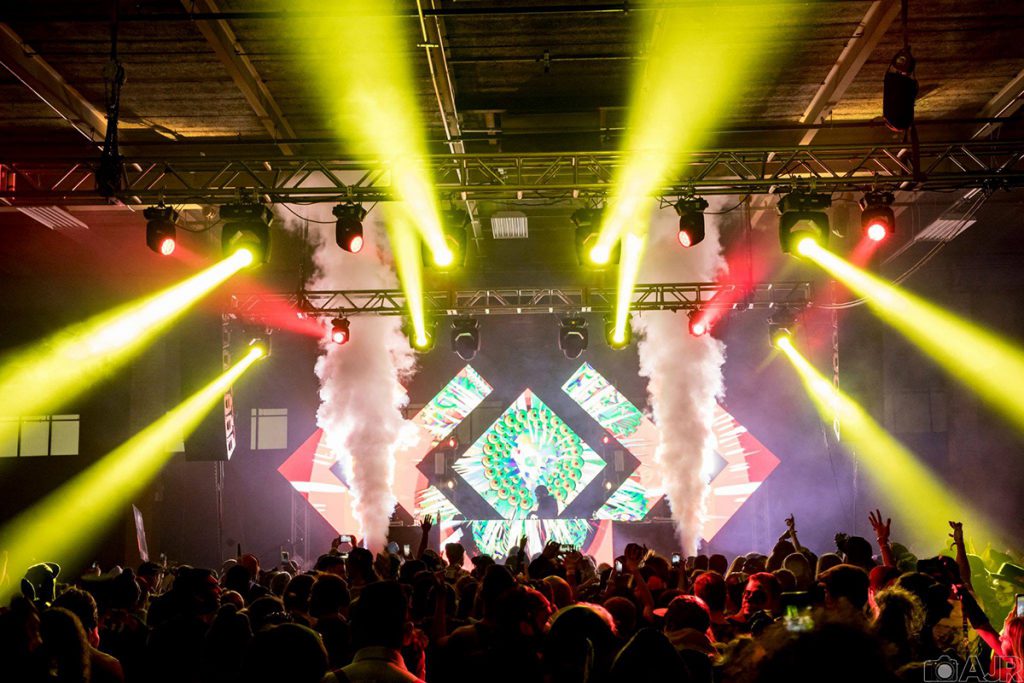