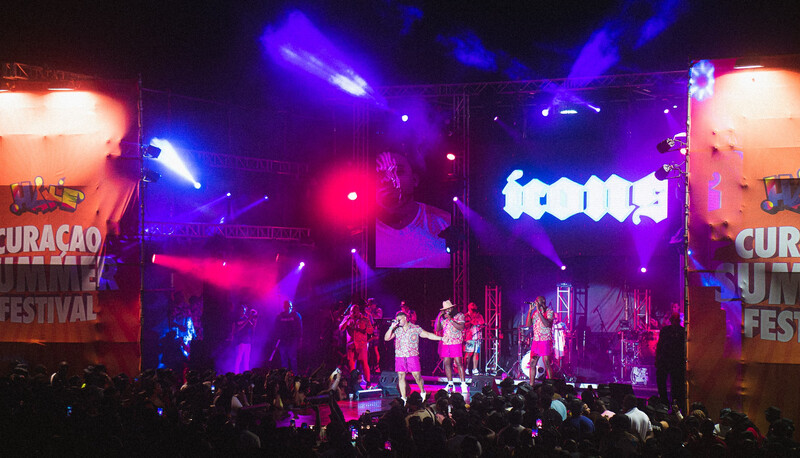 Willemstad, Curaçao – The music, dancing, and partying never stop during Hak’e, a Curaçao Summer Festival that’s a highlight of one of the Caribbean’s largest carnivals. By the time summer rolls around, the carnival season is long past, but even so, the partying never stops on the island. This year, the producers of Hak’e Jump-In decided to sprinkle some of their fun spirit for two consecutive nights in August. They got together and organized the Hak’e Curaçao Summer Festival, an event that featured food stands selling ‘bitterballen’, ‘pastechi’ and other popular Curaçao street food, specialty bars, and a steady flow of music from local artists.

“Hak’e Curaçao Summer Festival is a smaller but equally powerful version of the Hake Curaçao Jump-In Festival; instead of having three stages, the summer festival edition has two”, said Jimmy Lo-A-Njoe, of Massive Productions, who has had a hand in enlivening both events with some fast-moving lighting designs bursting with a rainbow of colors. “Instead of a circular setup, as we are used to with Hak’e Jump-In, the stages at the summer version of the festival were facing each other.”

Although the Summer Festival had one less stage than the Jump-In, it certainly didn’t lack excitement with its mix of local music, urban, and Afro-Caribbean sounds. The Massive Productions design team saw to it that the event also served up plenty of visual pop, thanks to their skillful use of two beefy lighting rigs that featured a combined total of 96 CHAUVET Professional fixtures from the company’s own inventory.

With the two Hak’e Summer Festival Stages facing one another, fans could enjoy a continuous stream of performances from wherever they found themselves during the festival evenings. To provide the festival-goers with a consistent visual experience, Massive Productions outfitted each of them with identical lighting rigs.

“We made each rig the same,” said Jimmy. “This gave all of our local artists and bands an identical platform to perform on. Fans could enjoy their performances set against a nice visual backdrop that followed the same design concept. Our rigs were all Chauvet.” 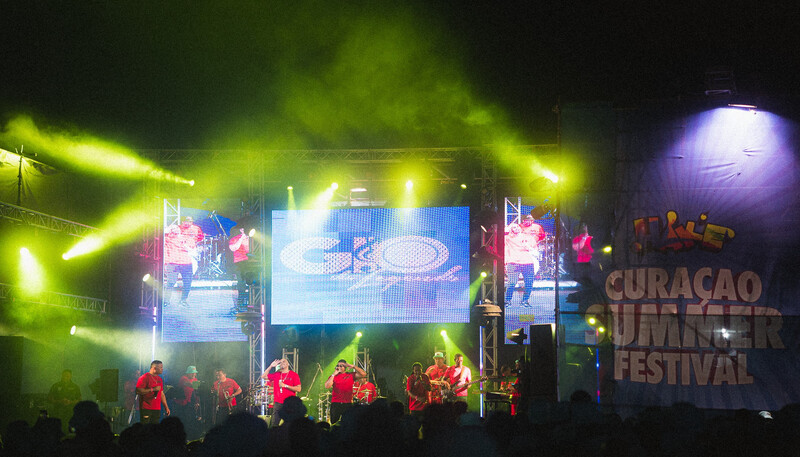 Anchoring each rig was a collection of eight Maverick MK1 Hybrid fixtures. All but two of the 440-watt movers were positioned on overhead truss that ran above the upstage deck. The remaining pair of units were located at stage left and stage right. The wide zoom range and overlapping prisms of these luminaires, made it easy to change coverage areas during the festival, while their gobo package added depth and texture to the stage.

Additionally, the high output Maverick units were used to light the crowd, an all-important function in connecting fans to the local performers. Joining them in creating brilliant audience lighting were each rig’s eight STRIKE P38 fixtures.

Dynamic cross-beam patterns and sharp aerial effects highlighted intense moments during the festival’s performances. Key to creating these looks, in addition to the Maverick units, were the eight Rogue R2 Beam and 12 Rogue R2 Spot fixtures in each rig. They were positioned on overhead horizontal truss as well as vertical truss to maximize the crossing pattern effect.

Color washes, created with eight Rogue R2 Wash fixtures (and often punctuated by white light from four COLORado 1 Quad Zoom VW units), were used to change the appearance of the stage throughout the festival. In so doing, they reflected not only the sounds, but also the distinct personalities, of the bands that make up Curaçao’s lively local music scene. It’s the vibrancy of this homegrown talent that always makes festivals special on this island, regardless of the season. 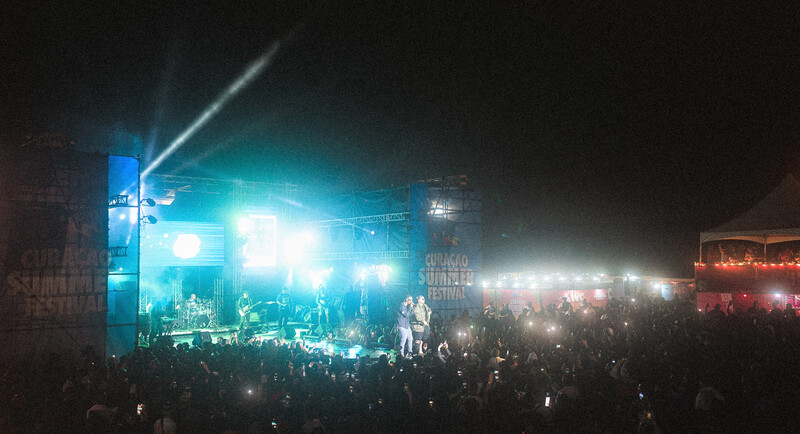