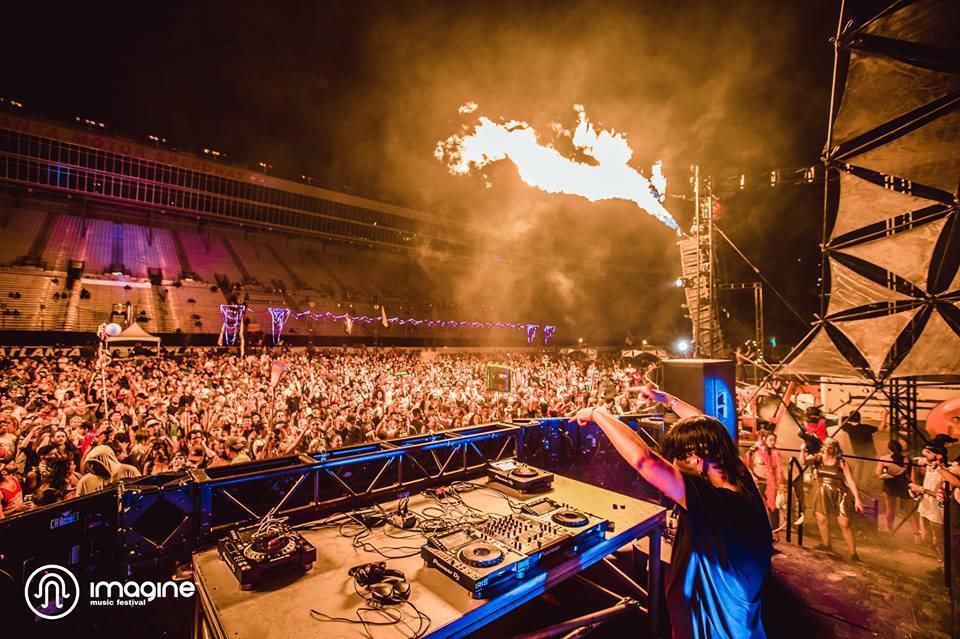 ATLANTA – In 1997 race car driver Geoff Bodine put the pedal to the metal and reached 197.479 miles per hour on the famed Atlanta Motor Speedway. No one has ever equaled that speed on the big course since, but the action was probably even more blistering on the weekend of September 22-24, as close to 100,000 fans descended on the site for the Imagine Festival. Nowhere was the action hotter than on the Inferno stage, where Deadmau5, Flux Pavilion, The Floozies and other stars jammed under the intense output of CHAUVET Professional Rogue fixtures supplied by 4Life Entertainment.

Designed by INCENDIA with consultation provided by 4Life Entertainment, the stage featured eight Rogue R2 Spot, 16 Rogue R2 Beam and 24 Rogue R1 Wash fixtures. Drawing on the output of these fixtures, the rig provided an eye-popping level of brightness that blended well with the incessant pyro blasts that gave the stage its “Inferno” name.

“This was the EDM, funk dance heart of the festival,” said Spencer Lavoie, owner of 4Life Entertainment. “Given the nature of the acts we had on stage and the massive pyro effects we had all around us, we didn’t want a lighting rig that faded into the background. A big reason for choosing the Rogues was their punchy output.”

Lavoie also wanted to ensure that the stage’s video wall stood up to its surroundings so he built it with 64 bright PVP S7 LED tiles. These tiles were arranged to construct a front façade on center stage. “Rhizome NYC came in to VJ and produced a wide range of killer inhouse graphics based on moving animations,” said Lavoie. “They were stunning, yet appropriate for each scenario on stage. The images ranged from ambient color based abstract objects to realistic scenes. The images were all crisp and clear to every member of the audience, regardless of where they were sitting. Rhizome NYC used a plethora of programs, ranging from Blendr to Cinema 4d to even Adobe-based products, to feed images to the video tiles.”

The Rogue R2 Beam fixtures were arranged around the center of the staging structure to coordinate with the video tiles. “Arranging the beams and video façade together created an expansive look for the DJs,” said Lavoie.

Pixel mapped Rogue R1 Wash units were flown, along with some of the Spot fixtures, on vertical truss structures located to the left and right of the stage. Video tiles lined the truss structures, integrating them into the look of the lights.

“We worked lighting and video together to create a unified all-encompassing look on stage that drew the audience in,” said Lavoie. “Our video panels and light fixtures were carefully balanced so that neither one drowned out the other. Instead we wanted both video and light flowing together to project a very bold image to the crowd.”

The impact of the lighting/video design was boosted even further by the aerial effects from the Rogue R2 Beams. Crossing over and shining through the pyro effect, these aerials gave the stage a very powerful and evocative look.

Being that the festival was in the middle of a race track, the power was limited, said Lavoie. “On top of this, we needed to maximize the effect of spread because of the massive crowd. Chauvet products made it possible for us to address these issues. At the end of the day, the unique stage build and the design focused around flames made this one of the most intense settings I have ever seen in production.” 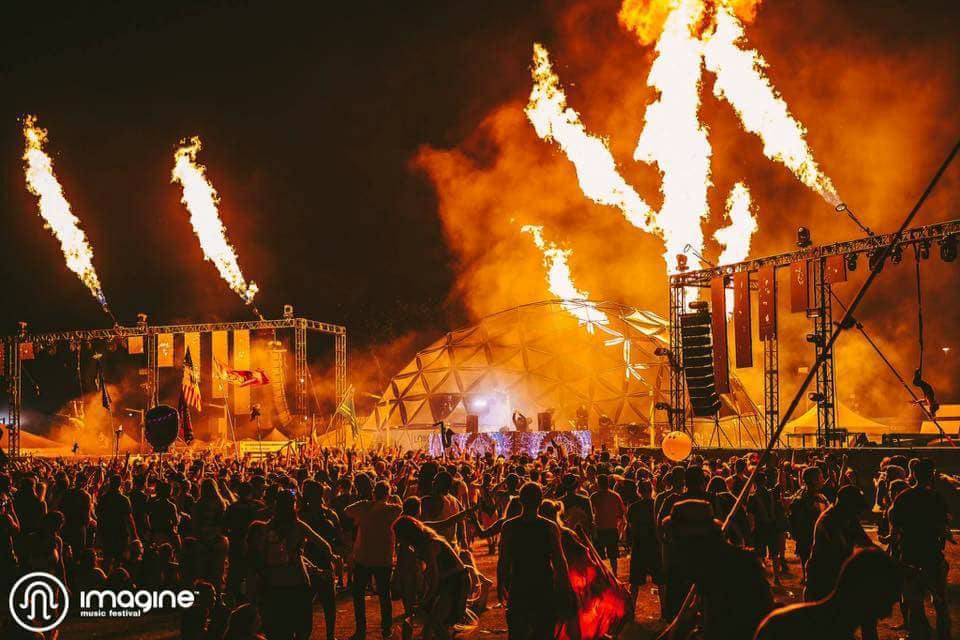