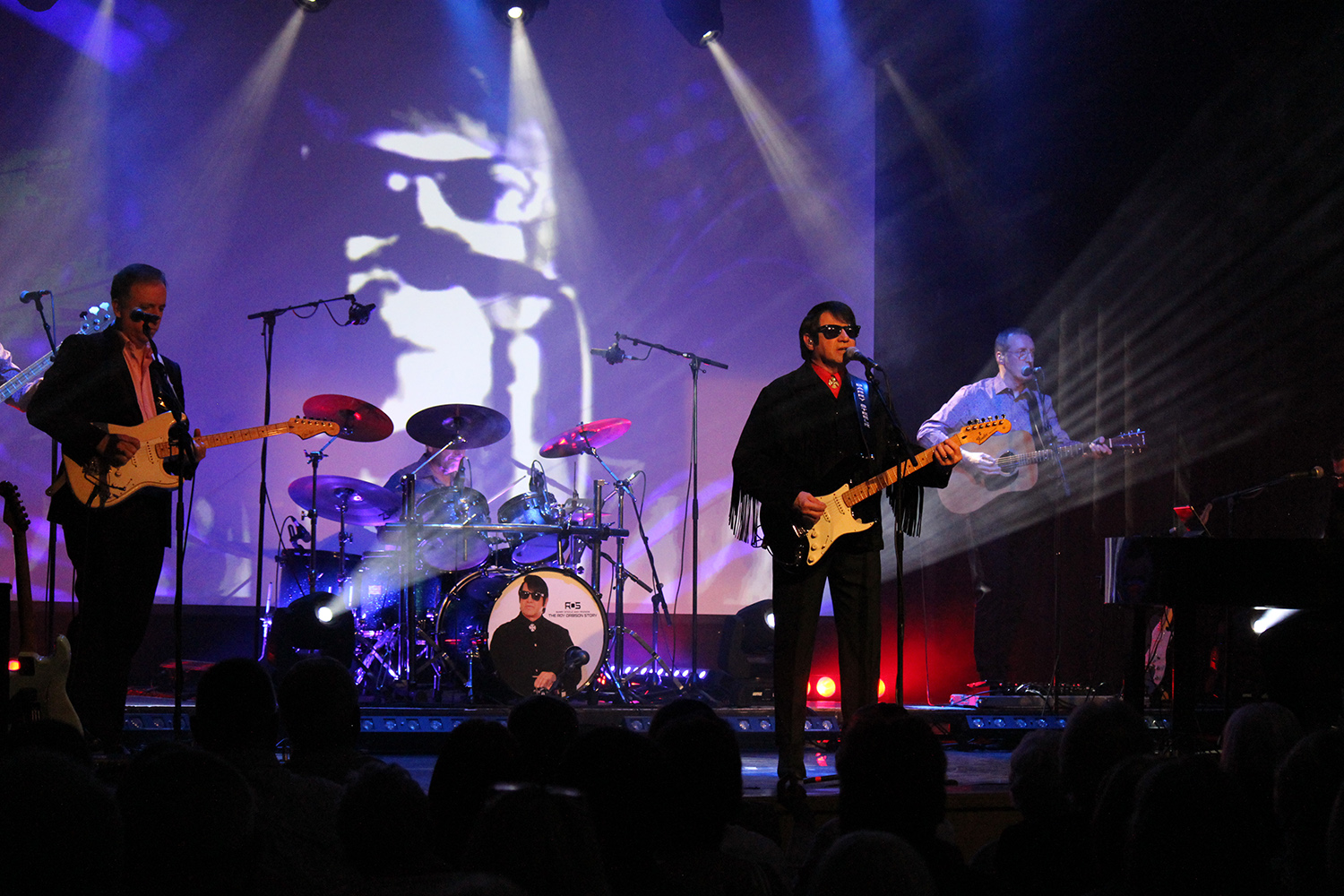 LONDON – With an incredible back catalog of hits such as “In Dreams,” “Crying,” “Running Scared” and “Pretty Woman,” Roy Orbison had already secured his place as one of the most influential figures in the history of pop music before his untimely passing at the age of 52 in 1988.

While a number of tribute acts might have been able to pull off Roy Orbison’s look with a little help from a black wig and a pair of thick black-rimmed sunglasses, only a select few have been able to reproduce Orbison’s gorgeously flowing, tremulously high, quasi-operatic vocals with the same conviction as UK-born Barry Steele, a singer-guitarist who has succeeded in delighting fans throughout the world with his outfit, Barry Steele & Friends – The Roy Orbison Story.

Given the eclectic nature of Orbison’s back catalog, which spans everything from driving rock and roll numbers to tender love songs, Haylett’s lighting concept had to encompass a wide range of looks. Thanks to the combination of Rogue and COLORado fixtures positioned on the stage floor and from above-stage trussing, Haylett was able to shape the development of the set with a number of supporting atmospheres. 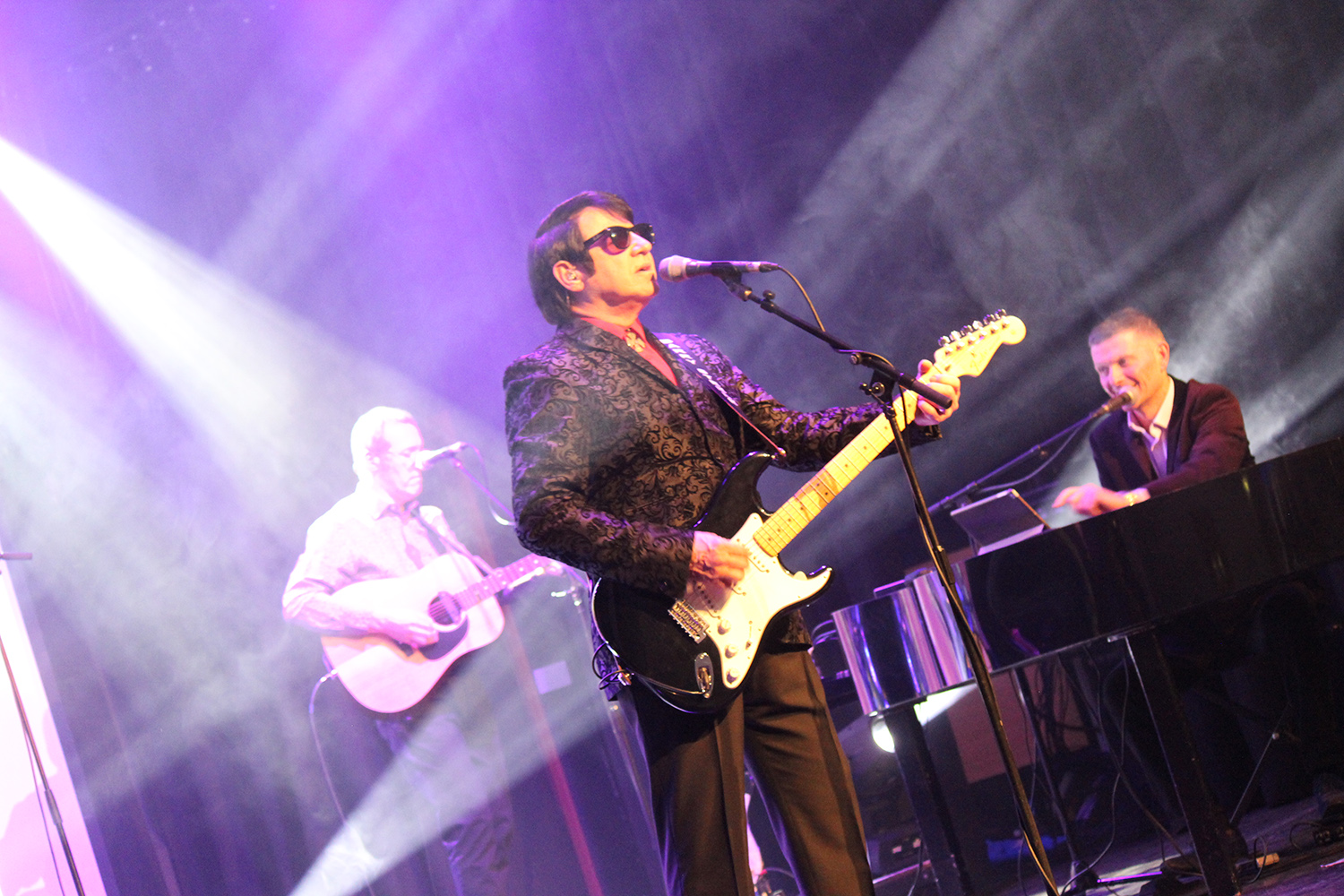 “My overall concept was to ensure that the band looked as brilliant and colorful as possible on stage,” commented Haylett. “The Chauvet combination ensured that I could create a visual juxtaposition between the intimate looks of the slower songs and the rock and roll energy of the upbeat songs.”

Utilizing two R2 Wash fixtures for general front light and the remaining six to illuminate the individual band members on stage, Haylett was able to produce clear and saturated individual highlighting for each band member, thanks to the fixture’s powerful 19 (15W) RGBW quad-LEDs.

“I used the R2 Washes to create beautifully saturated colors on the individual band members to evoke some classic looks,” commented Haylett. “I also used the (12° to 49°) zoom feature to create some tight beam effects, which gave me another possibility to award energy to the upbeat numbers.”

Working in unison with the Rogues to create an extended stage wash effect were the COLORado 2 Solo wash fixtures. Positioned in front of the stage, the COLORado’s three 40W RGBW LEDs provided a visual counterpoint to the Rogues hung from above. 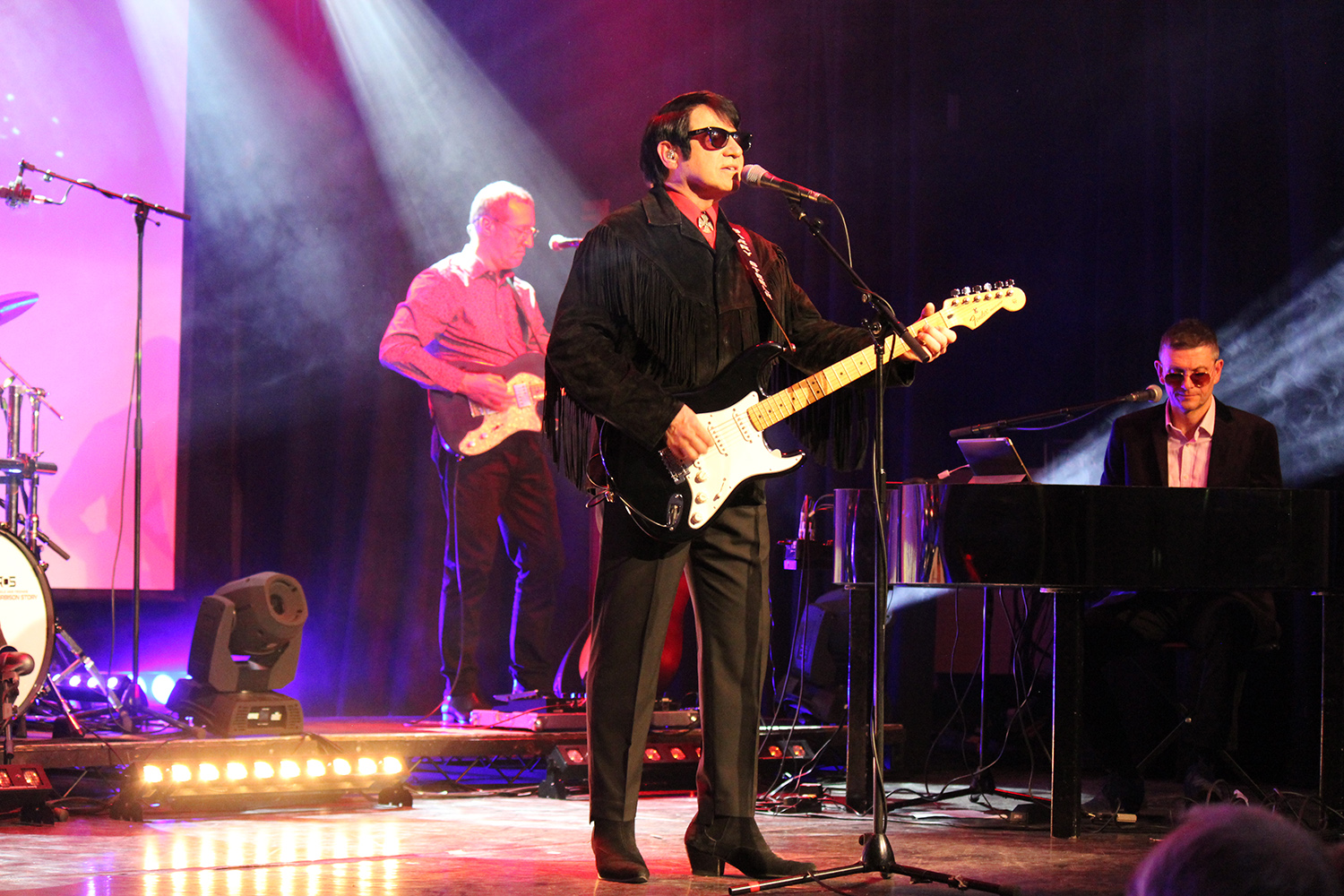 “In addition to their incredibly flat field of coverage, the COLORados’ zoom feature gave me the option to react quickly and efficiently to changes in mood,” commented Haylett. “The COLORados were key to providing visual diversity and, perhaps most importantly, energy during songs such as ‘Pretty Woman’.”

A further six R2 Spots were specified by Haylett to provide additional emphasis upon band members during solos. Thanks to the 240W LED engine and myriad of effects such as variable scrolling color wheels and split color effects, Haylett had the tools to create a number of enticing visual effects.

“I was impressed by the sheer brightness of the R2 Spots,” continued Haylett. “For extra emphasis and visual presence, the R2s were a fantastic addition to what I would consider to be an already well rounded lighting rig.”

Having played all around Europe, Australia, Asia and North America (including performing with Orbison’s former co-writer Bill Dees), it’s fair to say that Barry Steele & Friends is one of the best Orbison tribute acts worldwide. Fortunately for Steele and his entourage, the energy and legacy of Orbison is being upheld, thanks to Haylett’s inclusion of CHAUVET Professional fixtures within his supporting visual concept.