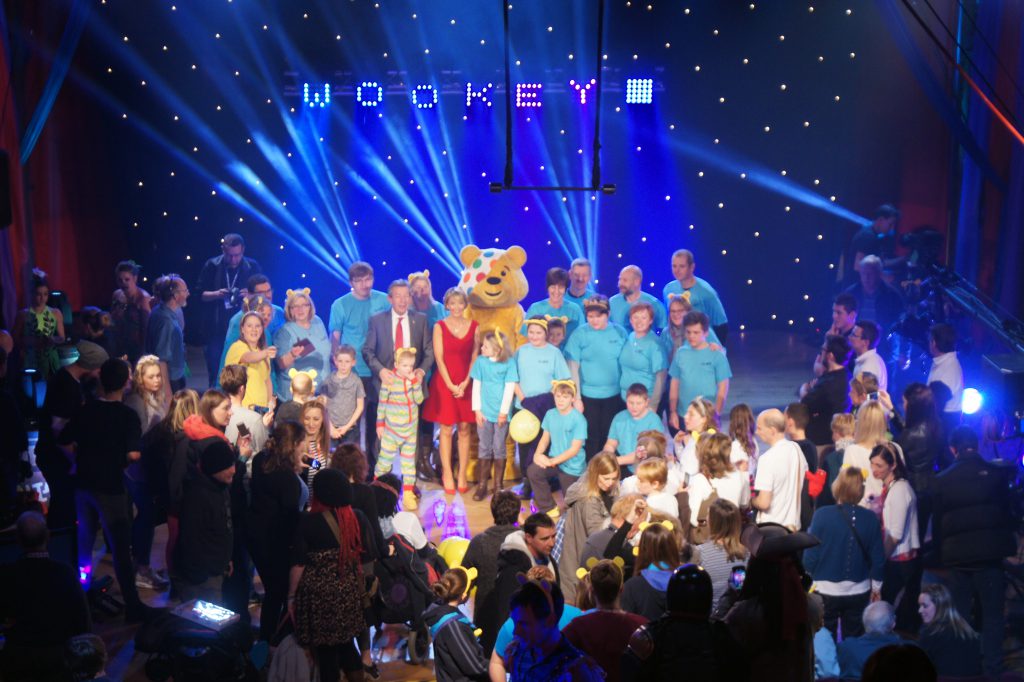 WELLS, SOMERSET UK – The BBC Children in Need annual marathon TV spectacular is vigorously supported each year by local outside broadcasts spanning the breadth of the British Isles. This year, wanting to stand out with extra pizzazz, BBC Bristol appointed TV Lighting Director Paul Middleton to bring the ‘wow factor’ to the outside broadcast from the West Country’s Wookey Hole Circus School, near Wells. Middleton’s first thought was Chauvet and turned to the manufacturer for assistance with the high profile fundraising event.

The CHAUVET Professional Q-Wash 419Z-LED moving yoke wash units provided a wide angled beam for general back lighting purposes: four covering the stage and six across the audience. Middleton explained, “The Q-Wash 419Z-LED is a really popular fixture for very good reason. It’s so practical yet so versatile. We were able to use the zoom feature to focus on specific areas as necessary.” The unit offers variable whites alongside a full range of bold saturated colours, across three individually controlled LED zones for stunning visual effects. 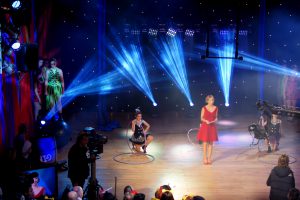 Whilst the Wookey Hole Circus School were showcasing their talents, the seven CHAUVET Professional NEXT NXT-1 moving head LED panels were positioned straight on to the audience for maximum effect. “We had them positioned so the audience would see them seemingly rotate the full way round but,” adds Middleton, “the units are so powerful we ran them at just 10% for the television cameras to pick up the bold colours they generate. The built-in virtual-gobos saved a load of time programming and the ability to quickly program text messages across them was fantastic.”

Meanwhile, the CHAUVET Professional Rogue R1 Beam units were positioned around the floor, “The Rogue beams looked the part perfectly and brought the exact look the producer wanted with a wide choice of beams and bright colours to suit the circus look.”Middleton was delighted with the result, “Everyone on set was blown away with the difference we created with the CHAUVET Professional fixtures. On every level you know you can rely on Chauvet and on this occasion the company, with the equipment organised by Chauvet Europe’s Sam Bowden, really rose to the challenge. The final set really packed a punch and brought wow factor on a par with the main London event down to Wookey Hole.”