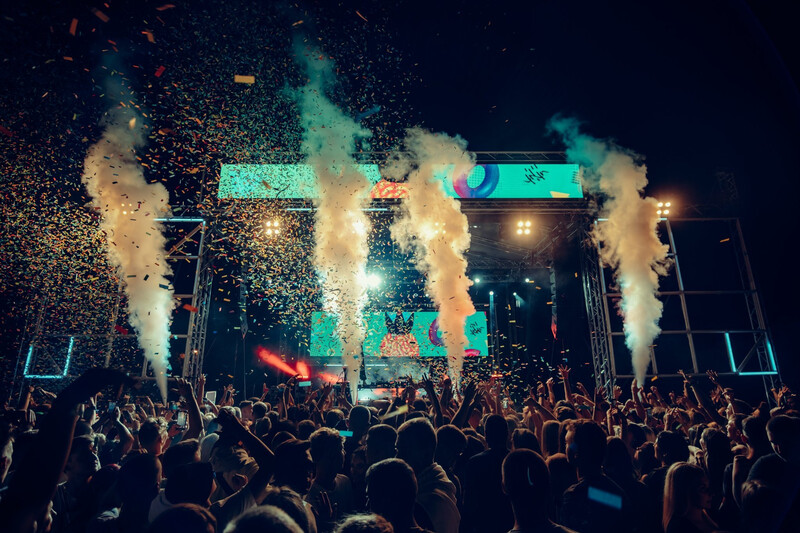 SENTA, SERBIA – When they entered the pastoral grounds of the ÁRKÁD Green Future Festival with its wide open meadows and forested trails on the banks of the Tisa River, visitors experienced an immediate sense of freedom. It was a welcomed, liberating mood that would later be heightened by the music performed on the event’s two stages, a captivating electronic mix that swept away everyday concerns and immersed fans in a heightened sensory experience.

Accentuating that experience on the main stage, as it supported the sounds of international hip hop and dance music stars like Voyage, Azahriah, and Stadiumx, were a series of transformative lightshows created on a versatile rig design and installed by Chameleon Rental that featured 48 CHAUVET Professional fixtures.

Electronic and techno music have deep roots in Serbia, having served as expressions of hope, freedom, and comfort in the nation’s recent past. Consequently, a strong local tradition has emerged in the genre, producing internationally acclaimed artists, and fans with a keen appreciation of the nuanced styles. This made it all the more important for Chameleon Rental to create a versatile rig that could reflect each artist at the festival without having looks repeat themselves.

“We wanted to ensure that the lightshows would be as opened and varied as the artists on stage,” said Ivan Krshev of Chameleon Rental. “Our rig had to make it easy to change looks from one act to another.” 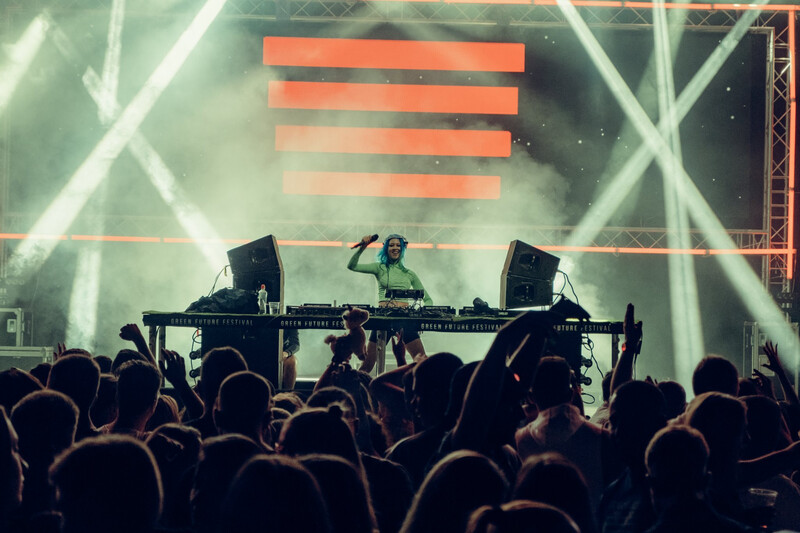 Helping the Chameleon Rental team accomplish this was the general outline of the stage itself. It was characterized by square video walls on both of its sides, as well as a horizontal wall that ran above its entire width, and a smaller wall along its back. The two side walls were part of a matrix of squares and rectangles. All of the walls, as well as the shapes in the matrix, were outlined in light, making them more prominent.

By changing what was displayed on each video wall, and which outline lights were turned on or off, the designers were able to create very different looks on stage. For example, for one act, all of the shapes in the matrix might be outlined, while for the next all or some of the outline lights were turned off. Similarly, all the video walls might display the same images for one act, and a mix of different images for the next.

The rig’s 12 Maverick MK1 Spot and 12 Rogue R3 Beam fixtures, which were mostly positioned on two rows of upstage truss, also played key roles in expanding design possibilities. Taking advantage of their fast pan and tile movements, the designers were able to create a series of dynamic effects. At points during some performances, the video walls were turned off, and split beam effects from these fixtures covered the stage, creating an ethereal effect.

Color changes were another element that figured prominently in the plan to create an array of different looks. Drawing on the color rendering prowess of 18 Maverick MK2 Wash fixtures, designers were able to call upon a wide choice of palette options. Many created intense looks with monochromatic schemes that incorporated various shades of red or blue.

The great variety of looks notwithstanding one design element that remained consistent throughout much of the festival was audience lighting. Chameleon Rental ensured that there would be plenty of this crowd-pleasing look by flying six STRIKE 4 fixtures over the front of the stage.

Bathed in this warm white light, fans experienced a heightened connection to the artists on stage, joining them in a flight of free expression. It was a perfect mood for a festival that identified its 2022 edition with the slogan “The Land of Freedom.” 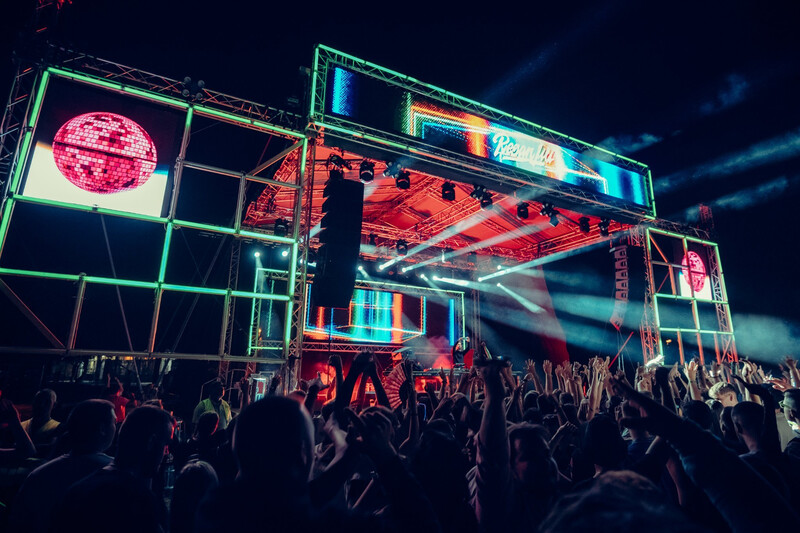