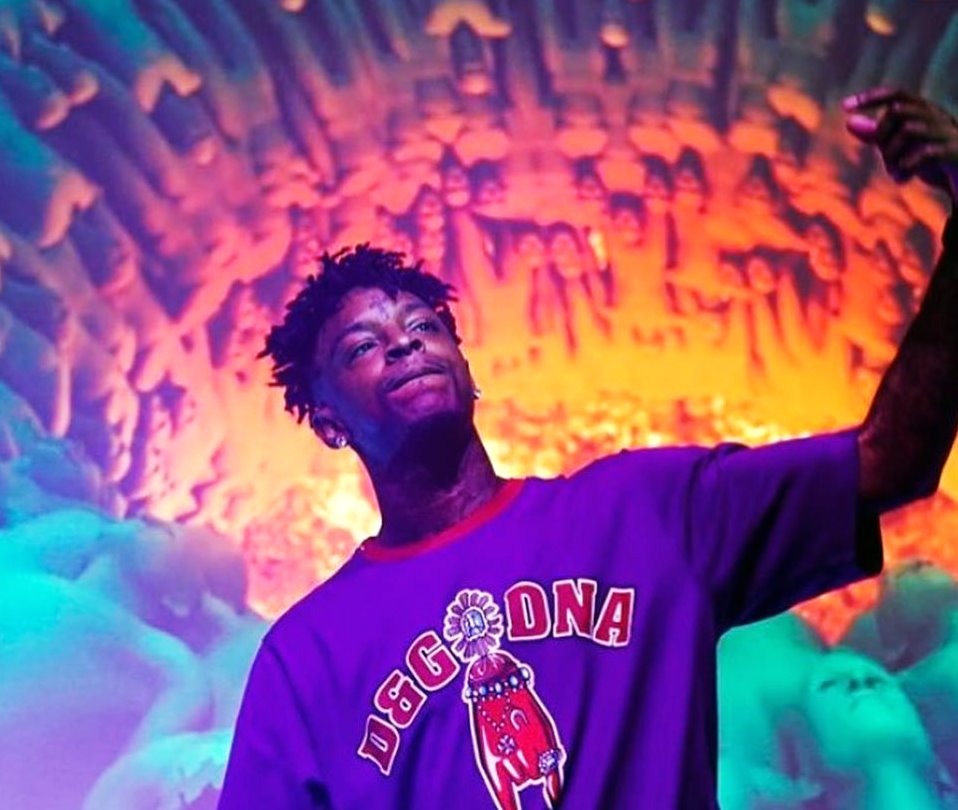 BROOKLYN – Held at the Brooklyn headquarters of Genius, the digital media service that connects over 100 million music fans across the internet each month, the Genius IQ-BBQ showcases a stellar list of established and rapidly rising stars. The setting is intimate, the action intense, and admission to the annual Labor Day party is free to lucky members of the company’s crowd-sourcing community that sign up for tickets in time.

Given the informal nature of Genius IQ-BBQ, stars like headliner 21 Savage came to this year’s event without their own LDs. Nevertheless, they still had exacting riders for their lightshows. Ben Danielowski of Boum Creative was able to meet their demands with flying colors, while still keeping his rig within budget, thanks to help from a collection of CHAUVET Professional fixtures supplied by Squeek Lights.

“This is a fun experience for us on many levels,” said Danielowski, who lights many Genius events. “It always amazes me that a party with this level of entertainment is free. For us, it’s a great creative exercise, since we get to work on our own to meet artist riders by subbing in gear that really fits what we’re doing.”

Presenting an added design challenge this year was the room where the Genius IQ-BBQ was held. “The set-up for this festival is not typical,” said Danelowski. “The stage itself is set up in a room with a 360º panorama of white walls, which makes it nearly impossible to take the space to a true black. It’s also a small room. We needed fixtures that are capable of creating super saturated colors despite this challenge — and add depth to the stage — while still giving us the flexibility to satisfy the different riders.” 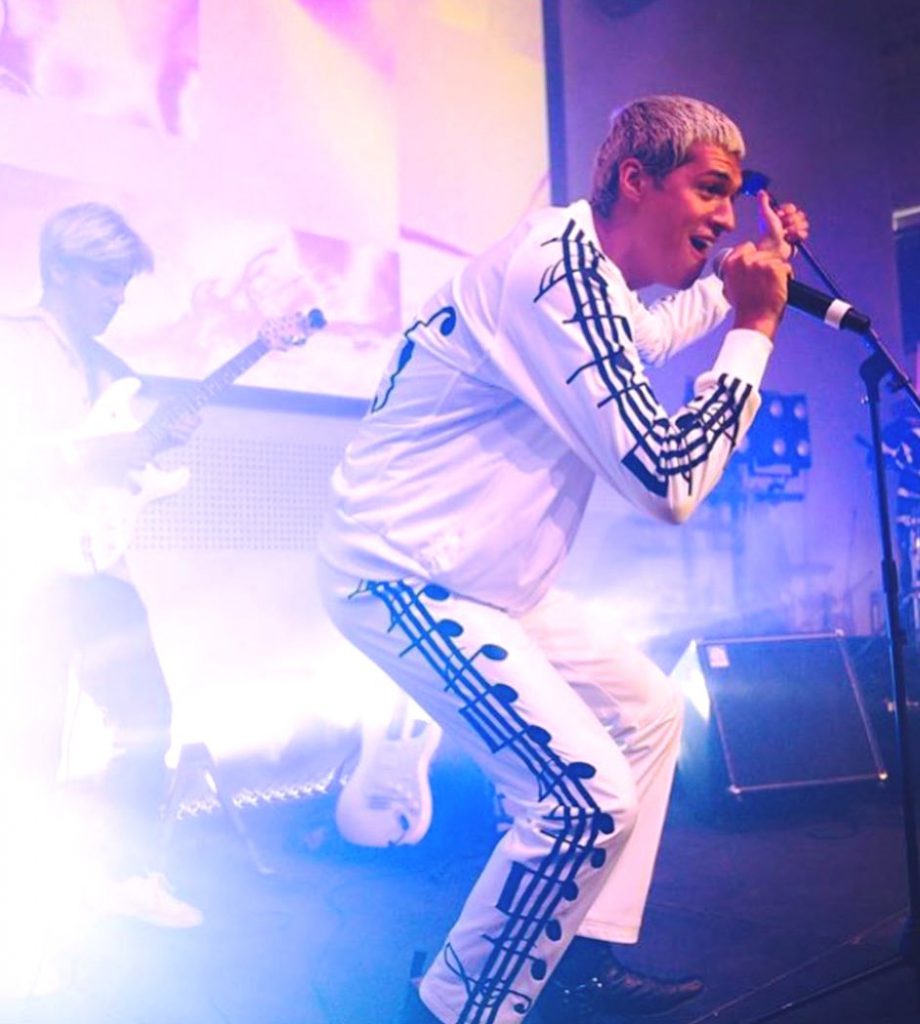 Danielowski and his assistant LD, Tanner Simpson, relied on four Rogue RH1 Hybrid, and seven Rogue R2 Wash fixtures to colorize the party area. To break up the circular space and give it a texture that made it seem larger, they created gobo patterns with the Rogue units. They also generated excitement with crossing patterns of beams during more intense moments in the performances.

Positioning two of the Rogue RH1 Hybrid units behind the artists, Danielowski and Simpson used them to shoot beams onto the ceiling. This created a more immersive atmosphere by enveloping the artists in light. Rogue R2 Wash fixtures positioned at the back of the stage added to the intensity level by backlighting performers.

A group of four Ovation E-260WW ellipsoidal units were positioned near one wall to create a smooth back wash for the stage area. Front lighting for this area was provided by eight Ovation E-910FC RGBA-Lime ellipsoidals. These fixtures were essential to providing color control for the team that filmed the party for Genius social media.

There was, of course, quite a bit of action for the film team to shoot. In addition to 21 Savage, the event featured Doja Cat, Lil TJay, Ann Marie, Omar Apollo, Yung Baby Tate, and Destiny Rogers, all of them supported by unique looks that more than met the expectations in their riders. 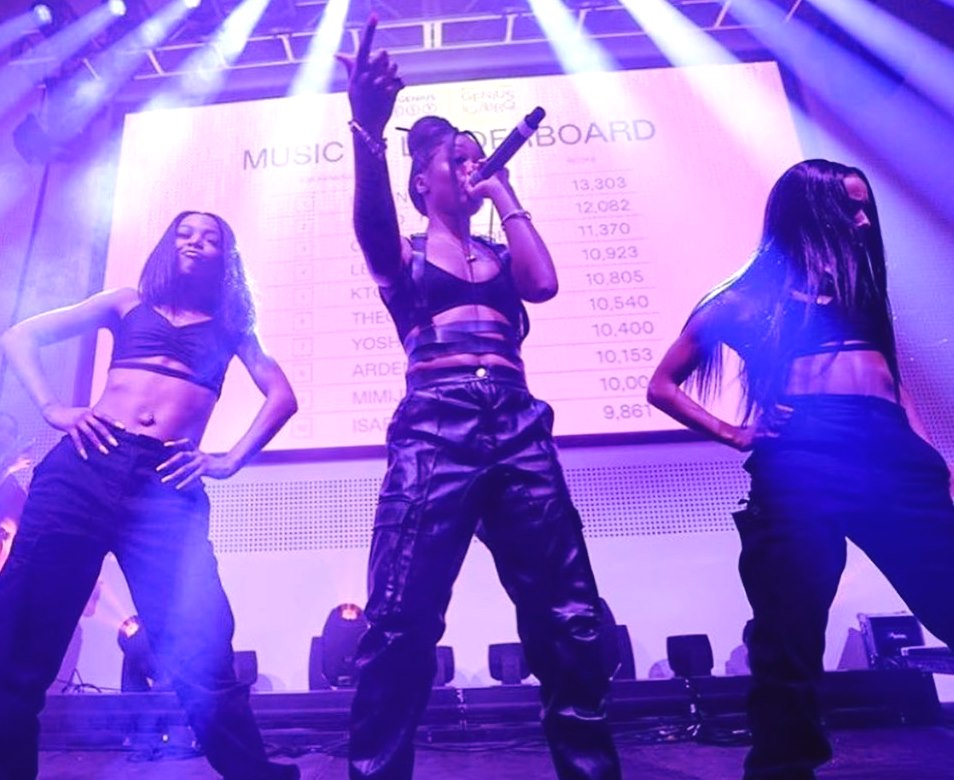