NEW YORK – No sooner did Blu De Tiger step onto the stage than fans at The Music Hall of Williamsburg began chanting her name. Just as quickly out came their cell phones to take photos and videos of the bass playing phenom from every angle. That sort of thing happens when you have over one million Tik Tok followers and one of your songs becomes the theme of a hit Netflix movie.

Fans at the famed Brooklyn music hall, like those at every other stop on Blu De Tiger’s tour, got to capture the charismatic performer in the best possible light thanks to some careful planning and a deft design by Lorcan Clarke.

“With everyone at the show taking photos all night, I knew that it was critical to have Blu lit well from the sides,” said Clarke of San Francisco-based Owl Vision. “We wanted to make sure we had good colorful side lighting positioned well, not just for Blu, but to highlight the different band members.”

Providing this light were four CHAUVET Professional Rogue R1 BeamWashes. Of course, the versatile RGBW moving heads did much more than accentuate the presence of the artist and her band on stage, working with the rest of Clarke’s rig, which was supplied by Squeek Lights, they provided a dynamic visual backdrop for this rapidly rising star’s compelling mix of bass-driven electronic music. 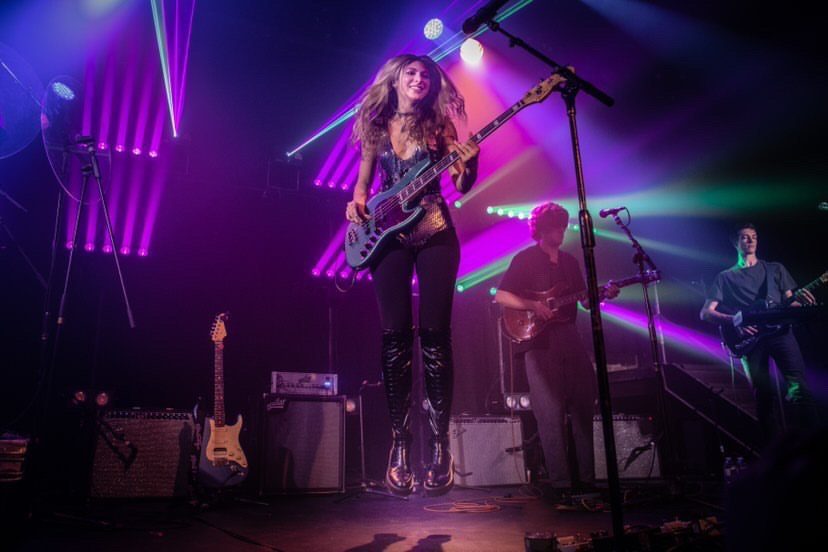 At the heart of this rig were 16 Rogue R1 FX-B linear fixtures, each with five individually controllable moving heads. Clarke arranged these fixtures in fan-like patterns across the stage, a configuration he decided upon because it allowed him to create the widest possible array of looks without taking up a lot of space.

“This tour is mostly in smaller sized venues so, working with David Belogolovsky, the owner of Owl Vision, and the people at Squeek Lights, we figured it would be best to standardize the rig with pipe and base so that it would fit in each venue,” he explained. “There were also a few tracks that I felt called for a ‘wall of light’ type look, where having two rows of FX-B’s would make for an incredible scene.”

Clarke ran the Rogue R1 FX-B fixtures in Single Tour 47Ch Mode, controlling each head individually. This allowed him to create a wide range of looks with dynamic positions on stage. Directing the heads in different directions, and rotating the fixtures at various speeds, he added an extra sense of depth to the stage in addition to making it seem larger. 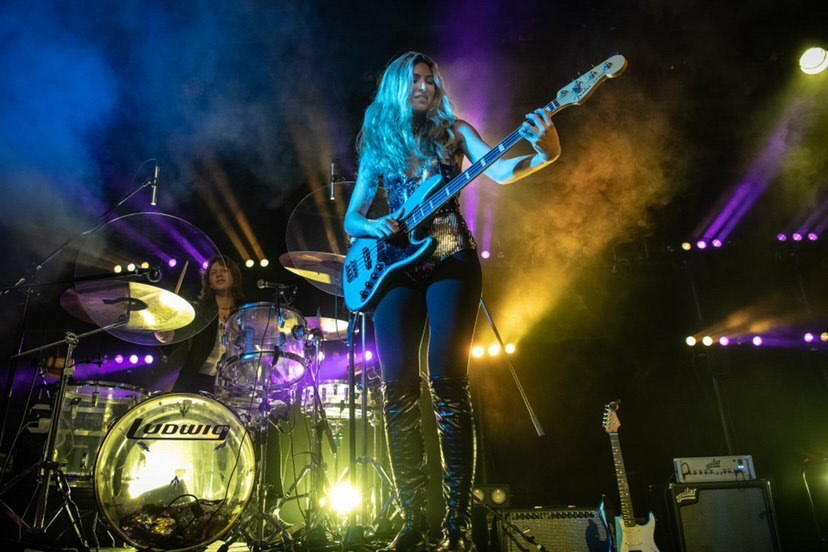 “During some verses, I had the FX-Bs backlight the band,” said Clarke. “Then when Blu had some catchy choruses, I threw them out to the audience, making full use of all their heads. I really enjoyed running symmetrical tilt spin effects through the heads and combining this with a gentle pan to create more depth.

“I’d say I used the heads tilting as one unit about half the time, then the other half I was running the effect through each individual head,” he continued. “Creating positions with the battens as one unit allows for some very powerful moments. The music also called for moments using multi-color chases which looked incredible with a bit of haze.” 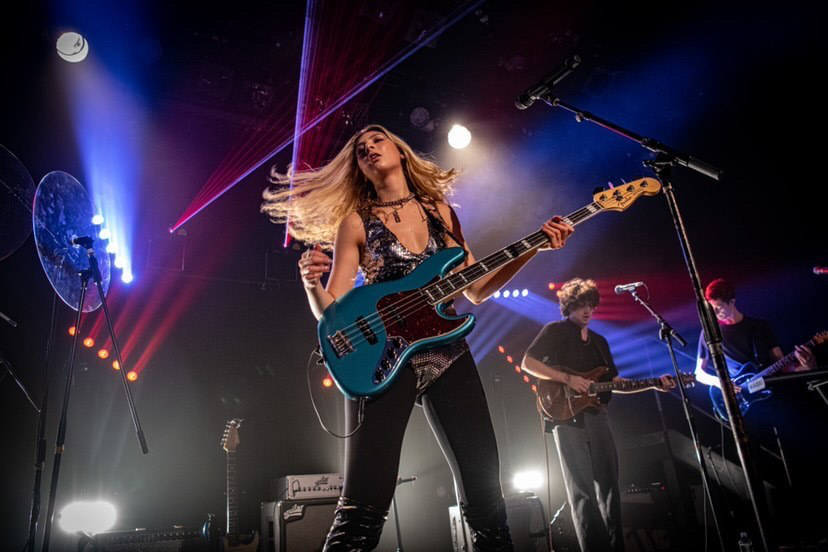 Silhouetting the band on stage, especially during big moments, was also a vital element of Clarke’s design. So too was his low-intensity lighting when Blu De Tiger was speaking to the crowd and doing extended intros to tracks.

For Clarke, one of the magical moments in the concert occurred during the chorus of “Hot Crush Lover,” the second to last song of the set. “I ran a symmetrical magenta/orange chase through R1 FX-Bs, topped it with a randomized dimmer chase effect, and then added a tilt effect through all the individual heads,” he said. “Then  to top it off, I hit the mirror ball with the R1 fixtures.”

It was a sight, said Clarke, that remains in his mind – and one that is also undoubtedly captured in photos taken by fans.