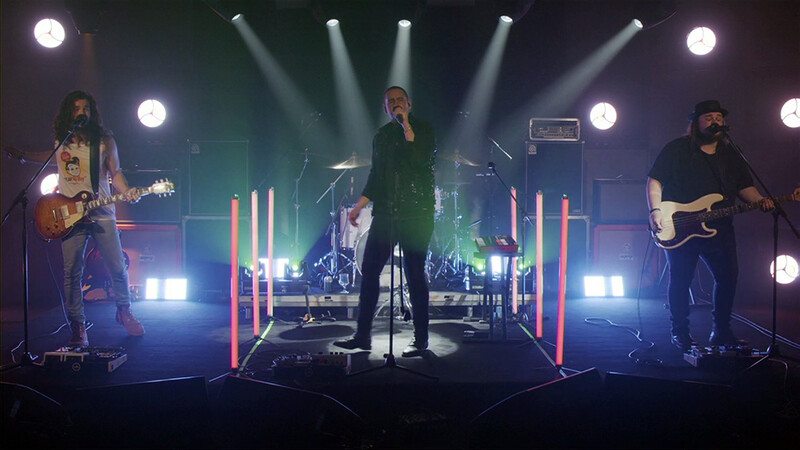 MELBOURNE, AUSTRALIA – With live switching between studios almost 900 kilometers apart, tight bands, razor sharp witty comics, and full production visuals, “Delivered Live” has, in many ways, the look and feel of a television entertainment special. But the Saturday night broadcast, can’t be seen on Nine, Foxtel or any of Australia’s other networks, it comes to viewers via a YouTube, Facebook and Zoom livestream from “studios” created in Harry The Hirer warehouses in Melbourne and Sydney.

Teaming up with the Hand Shake Agency and the governments of Victoria and New South Wales, Harry The Hirer began streaming its “Delivered Live” broadcasts in mid-March. The first one ran for five hours, subsequent weekly editions are half that long. Viewing is free, but people are encouraged to “buy” virtual tickets, which are equal to the price of admission to a comparable live gig. 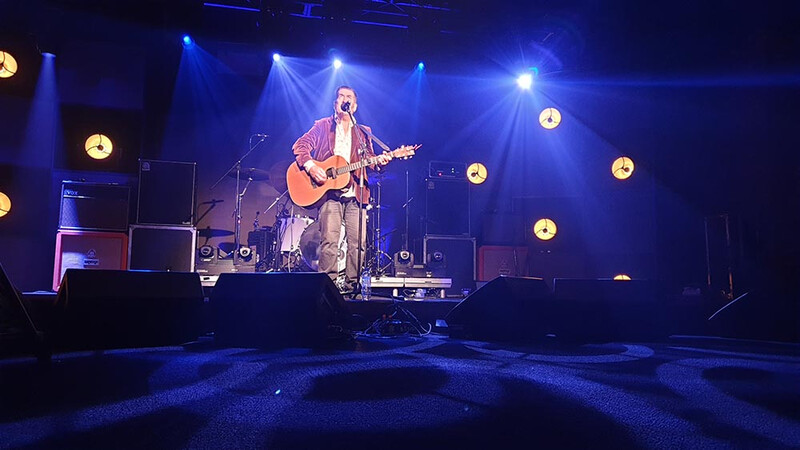 People who pony up for those V-tickets certainly can be assured of getting their money’s worth. Aside from the top flight music and comedy, viewers are also treated to an engaging Marcus Pugh designed lightshow that features CHAUVET Professional Maverick MK2 Profile and Ovation E-910FC fixtures that Harry The Hirer purchased from Showtools International.

“The people involved in each show, vote on the venue and road crew who will receive the ‘outsider’s share’ of the money the livestream makes,” explained Pugh. “We want to help as many people as we can. Toward this end we also have mental health experts giving advice each show in a way that is informative, but also easy to watch.”

Support the diverse on-stage mix that may go from a rock band, to a comic, to a psychologist requires a versatile lighting system. Pugh, who was a touring LD before he became the Business Development Manager at Harry The Hirer, described how he is getting the needed versatility from the fixtures in his rig: “The Mavericks excel at serving a multitude of purposes,” he said. “I use six of them on the rear truss, four along the floor at rear of stage, and a further two from my front truss. These front two are often used as shaping shutters, and for front lighting the talent that moves out of usual positions. 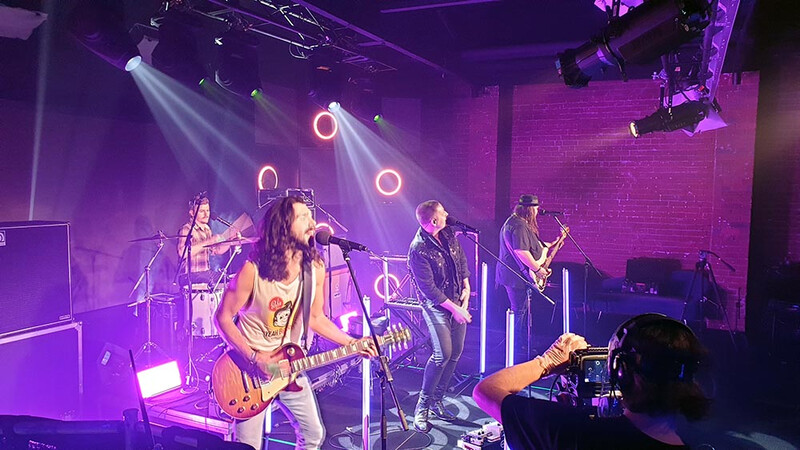 “I also used these to put movement and break up gobo looks on the stage, as well as on what we call the checker boards, which are situated on either side of stage,” continued Pugh. “This show has a lot of close up shots on the talent and not many wide shots, so I use the Maverick’s gobos and beams through the air to break up the backlight on the bands and comedians. This creates some movement and change in the light hitting the back of their shoulders, hair and head. I also try to create layers in the frame with the talent in the foreground. Then I add a beam with a slow-moving gobo in the mid-ground and put a pattern on the background with one of my front Mavericks.”

Pugh has 14 Ovation E-910FC units in his rig: four with 19° lenses, eight with 26° lenses and two with 36° lenses. The RGBA-Lime ellipsoidals provide most of the front light during the livestream. “I elected to go with the Ovation E-910FC rather than a Fresnel because it gives me the freedom to adjust color temperatures on the fly,” he said. “Plus, I can even throw in some bold front lighting colors for effect.”

Like the fixtures in his rig, Pugh fills a variety of roles during the production of the livestreams. In addition to serving as lighting designer and running the console, he is the technical producer and venue manager, ensuring that safety rules are followed. 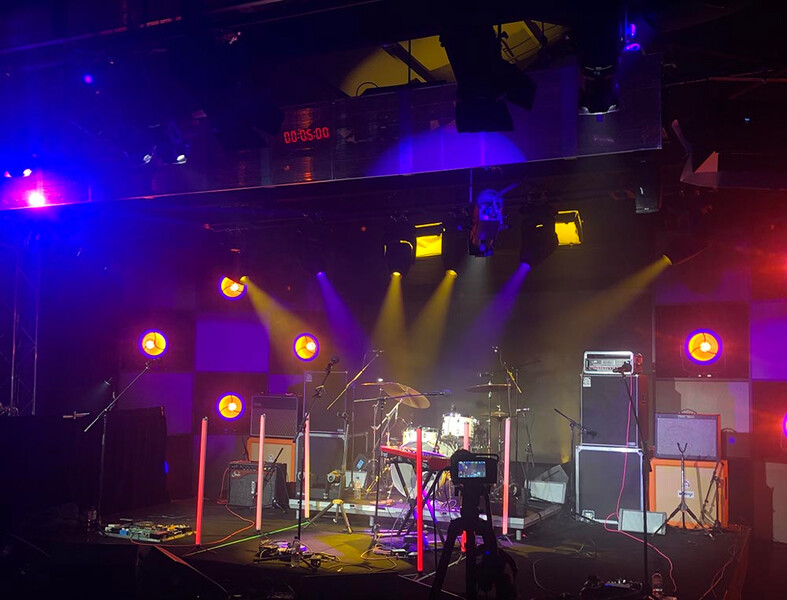