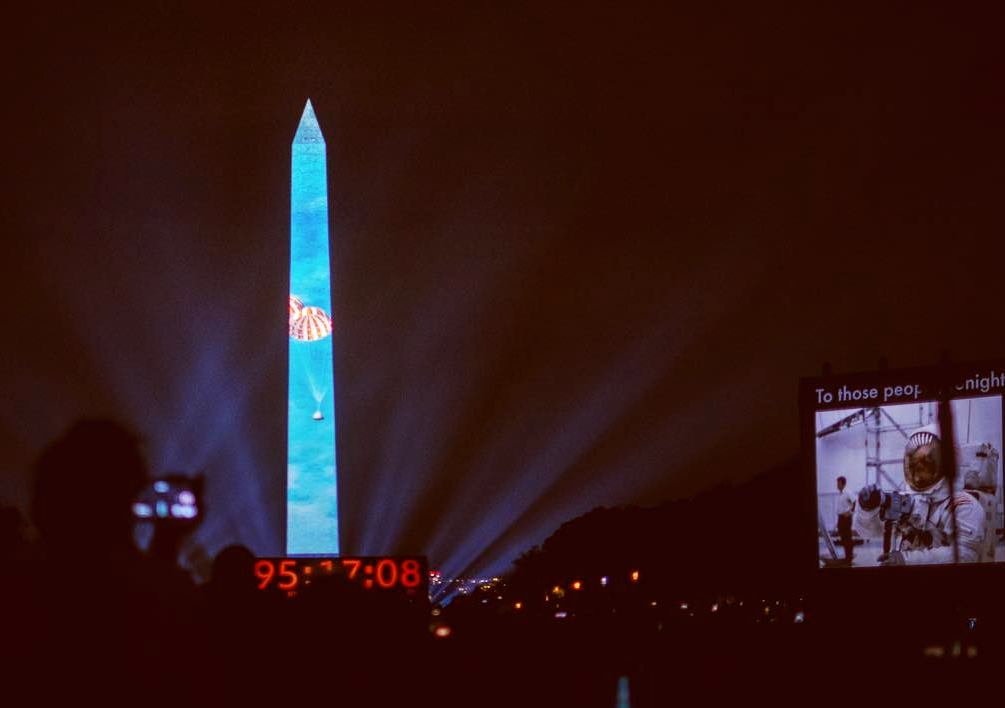 WASHINGTON, D.C. – A new full moon rose in the sky on the evening of July 16. Glowing brightly over the US capital, it served as a good omen for the start of “Apollo 50 Go for the Moon,” a spectacular four-day celebration at The National Mall that marked the 50thanniversary of the first moon landing. Featuring appearances by Apollo astronauts, simulated moon walks, impressive artifacts, and full motion projections of Apollo 11 on the face of the Washington Monument, the event recreated the sense of wonder that transfixed the world on July 20, 1969 when Neil Armstrong became the first human to set foot on the lunar surface.

Tying this spectacular panorama together was a vividly bright and colorful lighting network supplied by Atmosphere, Inc that included CHAUVET Professional Maverick and WELL Fit fixtures. Providing equipment to fit the specifications of lighting designer Benjamin Pearcy of 59 Productions, the Atmosphere team oversaw the installation, implementation and maintenance of a system that joined equipment positioned in 14 locations together via a fiber optic network.

Playing a key role in lighting the main area of The National Mall itself were 20 Maverick Storm 1 Wash fixtures sub-rented from Main Light Industries. Positioned on top of screen structures around the audience area of the mall, the IP65-rated Maverick RGBW units were used to accentuate presentations with aerial beams, their 6,000 lumens output providing plenty of power to cover the expansive area. 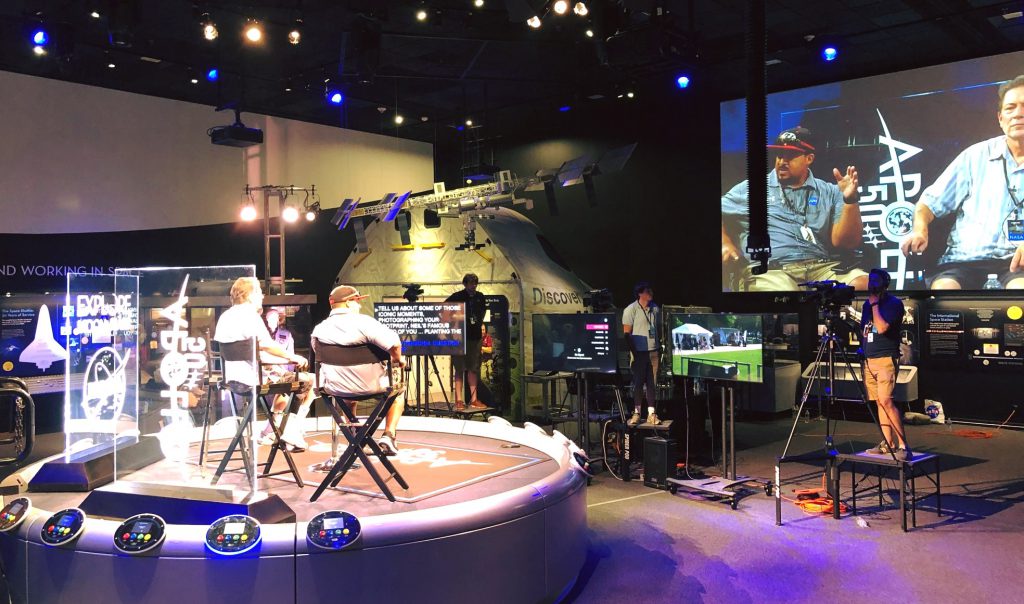 The high-output Maverick Storm 1 Wash fixtures also served as “house lights” throughout the mall before and after performances. Drawing on the color mixing capabilities of the fixture, the design team used it to wash the grounds in evocative hues, such as the white, red and blue of the NASA logo.

It was the flexibility and reliability of the Maverick Storm 1 Wash that made it well-suited to light the Apollo 50 Go for the Moon event, according to Atmosphere, Inc. account executive Jeff Holt.  “The Mavericks fit the bill in that they have a great zoom range allowing great flexibility for a variety of uses,” he said. “Most importantly, they are a durable fixture with a great IP rating. This allowed us to use them confidently in a multi-day outdoor installation in a special-access situation, in which a lift was needed to access them, without extra weather protection or overall concern that they would let us down.”

In addition to the Maverick Storm 1 Wash, a collection of 48 WELL Fit fixtures were used during Apollo 50 Go for the Moon. Some of the IP65 rated RGBA uplights were relied on to add a colorful touch to the VIP area. Others were deployed in the National Air and Space Museum TV studio where guest host Adam Savage interviewed astronauts. “We used them to highlight backgrounds and illuminate artifacts in the gallery where the indoor TV shoot took place,” said Holt.

Like a space launch, lighting a project as ambitious as Apollo 50 Go for the Moon could not have happened without tightknit team work. Holt credits his lighting network engineer Jim Jenets with “making the project possible to pull off at all.” He also praises the work of Jason Cowperthwaite, Alex Monsell, Rex Hsu, Abby Hirsch, Eric Nance, Chris Burkholder and Bryan Miller.

Working hand in hand with a tight team is always special believes Holt. However, in this case it was made even more meaningful by the nature of the project itself.

“This was a once in a lifetime opportunity,” he said. “So much about it stands out. At one point, I apologized to an astronaut for the intensity of the lighting while we were shooting outdoors at the National Mall. I explained that we needed all the foot-candles to balance against the backdrop of the Capital blazing away in the midday sun. He answers by saying how difficult it was when he was in space and tried to photograph the moon with no atmosphere to soften the light. I was floored!

“This event commemorated what was possibly the single most important jump in human ingenuity and scientific advancement,” continued Holt. “Overall, I’m honored and humbled to have been lucky enough to have played a small role in it.”