Having not yet reached her 35th birthday, Miranda Lambert wasn’t born nearly in time to experience the Summer of Love in 1968, but the multi-Grammy winning country superstar captures the heartfelt openness of those heady days in her aptly named Livin’ Like Hippies tour. Opening with a cover of the John Prine classic, “That’s The Way The World Goes Round,” her 20-song set takes audiences on a lively, freewheeling road trip that offers an unruffled look at life, love and happiness.

Lambert’s lighting designer, Paul “Arlo” Guthrie, strengthens the connection between the artist and her audience in this deeply personal show with help from the warm white glow of our STRIKE 4 fixtures, supplied by Upstaging of Chicago.

Guthrie is using 40 of our multi-formatted fixtures on the 23-city arena tour, which kicked off on January 23. Flying an equal number of STRIKE 4s on downstage and mid-stage truss, he relies on the warm white luminaires (each of which has four 100W COB LEDs) for audience lighting.

“I really like the way the STRIKE 4 works as an audience light with its intense warm white output,” said Guthrie, who first used the fixture two years ago when lighting the Macklemore & Ryan Lewis Intimate tour. “They have the output to light up an entire arena, but you can turn them down for gentler looks.”

For the Livin’ Like A Hippie tour, Guthrie and his lighting director Taylor Price are running the STRIKE 4 fixtures in their rig at 100% when the show calls for it, and then lowering the output at other times. “Taylor is a lighting director extraordinaire,” said Guthrie. “He’s doing a great job running the entire rig.”

At other times in the show, the STRIKE 4 fixtures are turned up full blast to accent some of Lambert’s no-holds barred raucous songs like “Kerosene.” Evenly spaced on the mid-stage truss and on the slightly wider downstage truss, which runs the entire width of the stage, the STRIKE 4 units also contribute to creating a sense of depth, drawing eyes to the video panels that are arranged across the back deck.

Guthrie also changes things up by varying which pods in the STRIKE 4 units are illuminated, creating asymmetrical configurations. From time to time, he also varies the brightness level of the different pods. This underscores the open road vibe of the show by evoking images of a starry night.

Mostly though, the versatile STRIKE 4 fixtures are used to light the audience and connect people to a powerful multi-platinum artist as she takes them on a world-wise journey worthy of anything Ken Kesey and his Merry Pranksters could have imagined back in their hippie days. 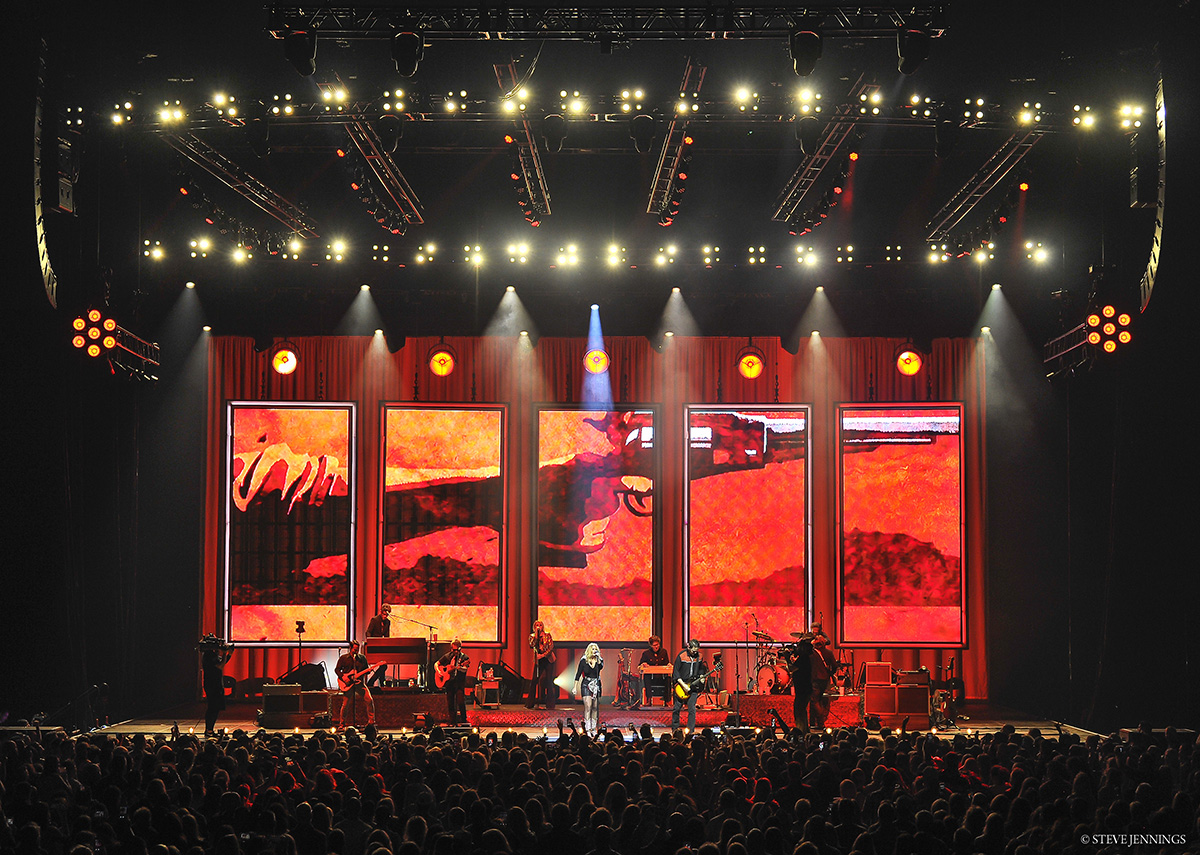