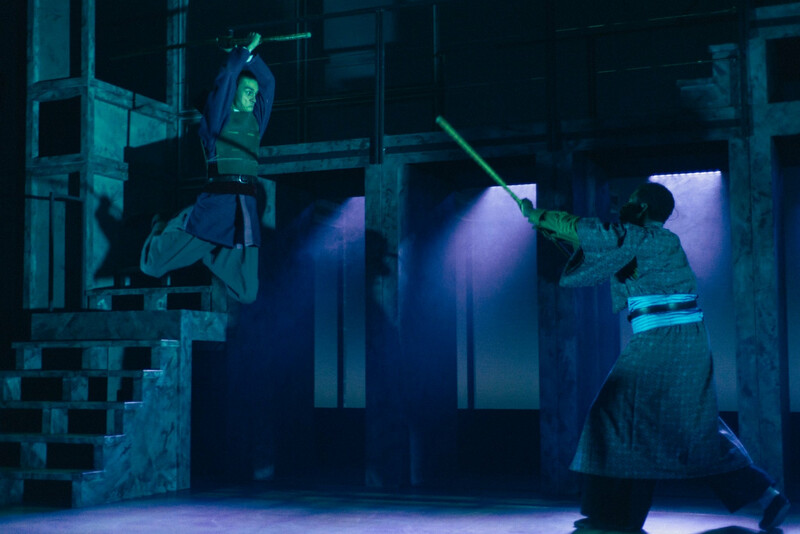 LONDON – A web of superstition has long surrounded Macbeth, the result of an apocryphal tale that Shakespeare actually conjured up the spells of real witches when writing his unsettling drama about the corroding power of uncheck ambition. Like avoiding walking under a ladder, or using the number 13, actors have traditionally considered it bad luck to mention Macbeth by name in a theater, referring to it instead as “The Scottish Play.”

For Adam King, however, the play was not a jinx, but a welcome opportunity to jump back into lighting design after seven months of being idled by the pandemic. “My work calendar for the entire year was wiped out because of the lockdown,” said King. “I missed doing the thing I love.”

Eager to get involved in theatre, King approached Mountview Drama School and asked if he could be of any use lighting shows for livestreams, pointing out that he had experience in lighting for theatre and as well as the camera. Much to his delight, Mountview responded by offering him the opportunity to light a series of shows starting with Macbeth.

“This show was a new experience,” recalls King. “There were only eight people in the theatre due to social distancing, so our main audience was online. We did three days of normal tech rehearsals and then three days of camera tech rehearsals to make sure it would look right for the livestream audience. 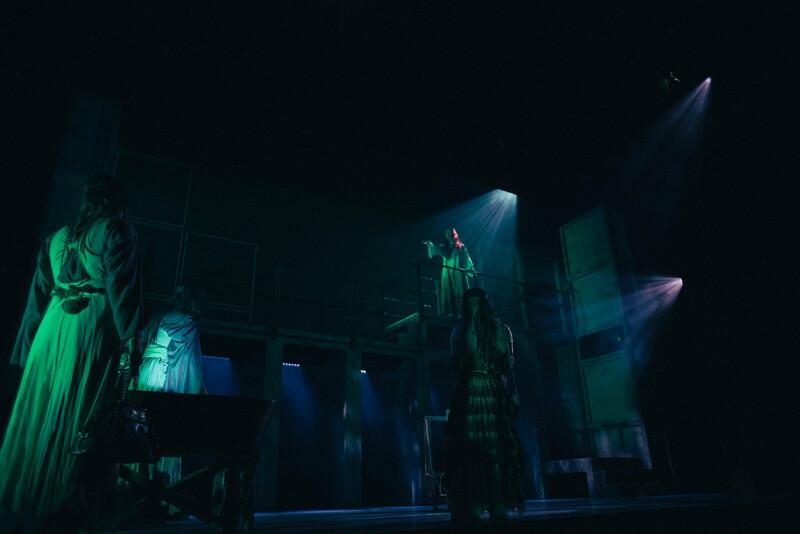 “Inevitably we had to shift some lighting to look better for camera,” he continued. “We worked to make things even darker actually so people could appear from the blackness. The versatility of the theatre’s rig was invaluable in helping us achieve an engaging production.”

Key to providing this adaptability were the CHAUVET Professional fixtures in the Mountivew Theatre’s new lighting rig. These include 15 Ovation E-910FC and 16 Ovation F-915 FC Fresnels, as well as eight Ovation B-280FC and two Ovation B-1965 batten style wash lights.

In a dark, brooding play such as Macbeth, evocative lighting is key to creating the kind of redolent mood that draws audiences into the drama. The Ovation fixtures not only aided King as he strove to achieve this vision, they also went above and beyond by helping him meet the out-of-the-ordinary demands involved in lighting a livestream drama during a pandemic.

“With Covid-19 safety protocols in place, there was a lot less furniture than usual to avoid multiple people handling the same pieces,” said King. “This meant lighting was key for location and even creating objects such as tables etcetera. Although this was beyond the usual role of lighting, our fixtures had the output, zoom and other features to pull this off very well.”

The color-rendering prowess of the Ovation F-915FC units, also made a critical contribution to setting an immersive mood on stage. “Blues and greens were used frequently in this show,” said King. “Much of the action is set at night, so the soft pastel blues were key along with some vivid greens for the witches’ sections. It was really nice to work with a rig that offered me such vivid color choices.”

When selecting colors, King had to be mindful of the differences between the human eye and camera. Deep blues that edged towards the UV end of the spectrum did not pick up well on the cameras used to livestream this production. Consequently, King had to be careful to avoid this palette, which otherwise would have fit the mood of a live show. 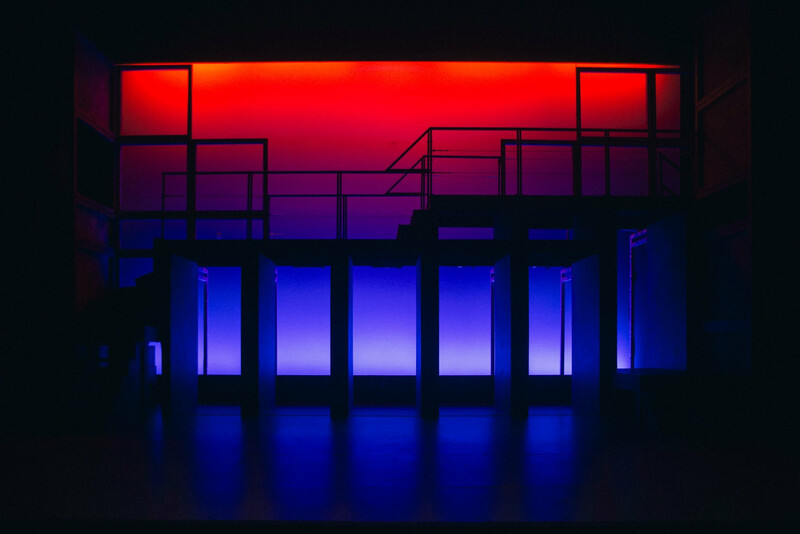 Shadows were another key component of King’s design. He relied on haze to make shadowy fixtures seem as if they were emerging from the darkness. Frequent silhouetting and backlight also translated well on camera.

“There were many, sometimes very subtle, things that we did differently because this was a livestream, instead of a live production,” said King. “The important thing was that the lighting contributed to the power of this masterpiece coming off to the audience.”

As for King himself, Macbeth is to be followed by him lighting four more livestream shows at Mountview. “This was a wonderful turn of events for me,” he said.

So much for the spell of “The Scottish Play!” 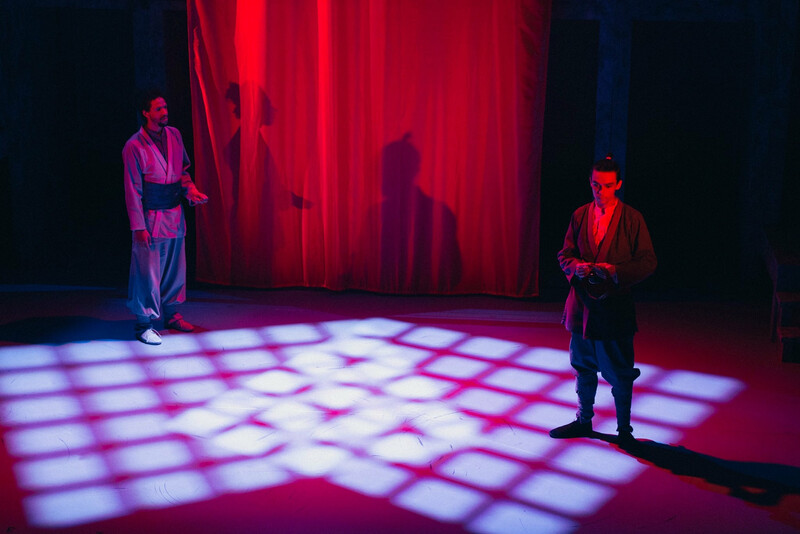