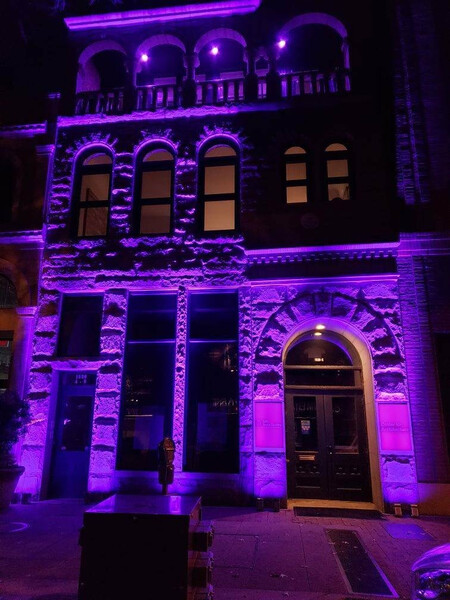 COLUMBIA, SC – The works of Georgia O’Keefe hang on its walls. So does Evelyn De Morgan’s 1895 tribute to feminine power, “Eos.” On August 26, the voice of women shined not just on the inside, but also on the exterior of the Columbia Museum of Art, as the sleek postmodern building was lit in radiant purple, gold and white for Women’s Equality Day and the 100th anniversary of the 19th amendment’s passage.

David Sneath of ACS Sound and Light, organized the inspiring display with the city of Columbia. A collection of 30 CHAUVET Professional WELL Fit fixtures were used to light the museum and the historic building across the street from it at 1530 Main Street. 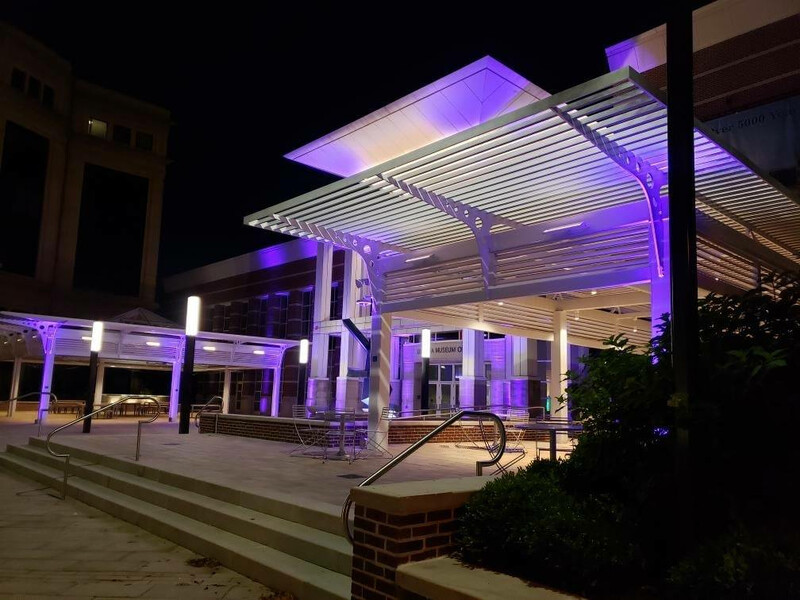 Delicately balanced with varying degrees of saturation, and white light blended artfully with color palettes, the commemorative lighting at the museum commanded attention as it played off harmoniously against the building’s exterior lattice work of columns and cross beams.

Denise Simpson, a member of the ACS team, was responsible for positioning the IP65 rated RGBW fixtures around the museum. She arranged 10 of the WELL Fit units at the base of the building’s columns, and used four to uplight a brick veneer section of its front. A further five fixtures were used to light the white area of the building’s serene Boyd Plaza, while a single unit accented the intersecting curves of the public space’s Apollo’s Cascade sculpture and fountain.

The lighting of the imposing 127-year old former bank building across the street from the museum took a heavier tone with deeply saturated purples from 10 WELL Fit fixtures positioned at the base of the Romanesque structure, which features an imposing granite facade.

“We doubled up the WELL Fits at the 1530 building to create a more saturated look,“ said Simpson. “At the museum we were lighting mostly for four-foot widths and forty feet high for more throws. In each case we fit the degree of saturation to match the structures we were lighting.“ 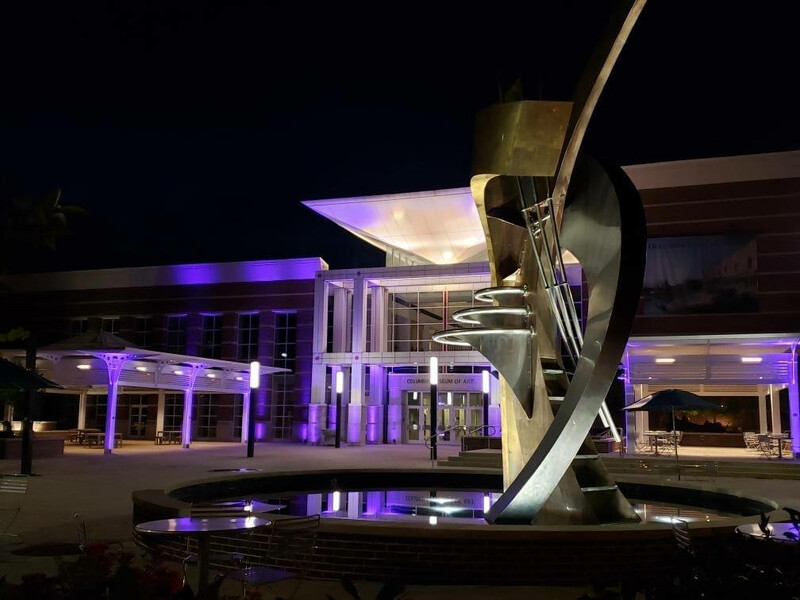 For the purples that dominated the display, Simpson carefully referenced the women’s suffrage movement’s traditional colors. “The RGBW color engine of the fixture’s worked very nicely in matching the palette were after,“ she said. “We wanted the display to have an air of authenticity. This was the best way to honor the memory of the women we were celebrating.“