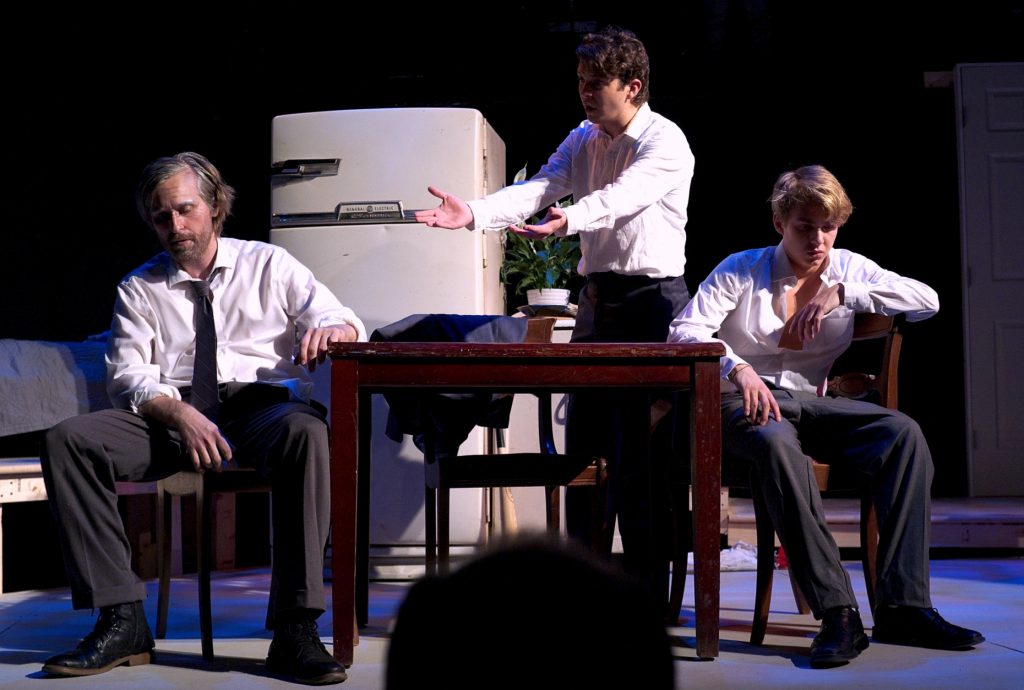 Moving fixtures have long been used in musicals to one degree or another, but lately they’ve been appearing in a wider variety of productions, including dramas. We aren’t just talking cameo roles either. A growing number of theatre LDs are turning to LED movers, particularly washes, to fill an expanding variety of roles in their lighting designs.

With their zoom features and color rendering capabilities, modern moving fixtures are giving designers an added degree of flexibility. Being very versatile, moving fixtures are allowing LDs to accomplish more with smaller rigs. We spoke to Ben Danielowski to gain his insights into the moving fixture trend in stage lighting. The cofounder of Boum Creative in New York provides living proof of what moving fixtures can accomplish in theatrical applications, having used Rogue R2 Washes brilliantly last year in an off-Broadway production of “Death of a Salesman.”

Why did you elect to use moving fixtures in “Death of a Salesman?”
“When coming into ‘Death of a Salesman,’ I knew I wasn’t going to get much time in the space. We were able to load in Sunday night, and we started our first previews on Wednesday. With this short turnaround it was imperative to have the most versatile rig possible. For this reason I threw 15 Rogue R2 Washes above the stage. With its brightness, color range, and zoom, I felt comfortable knowing that no matter what last minute changes happened I would be covered. Time and money were our major concerns here.”

What kind of traditional theatrical lights did these fixtures replace?
“The R2 fixtures are so powerful I was able to use them as back light and top lights. In a conventional rig I would have needed 15 top lights and 30 backlights to equate what I was able to accomplish with just 15 R2 Wash units.” 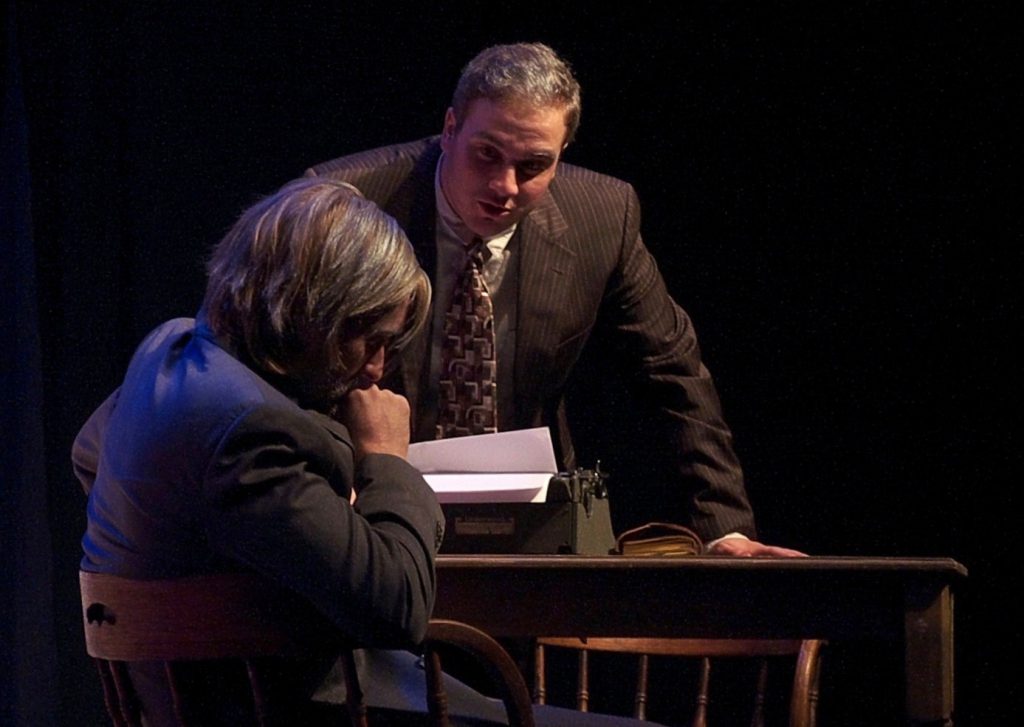 Does the addition of movers to a theatrical rig give you more creative options as a designer?
“Using moving fixtures in musical theater performances is fairly mainstream. I have not, however, seen many plays where movers were being used. At least not for dramatic sweeps and movement of light that we tend to see in musical theater. Using movers for ‘Death of a Salesman’ allowed me to add some of the drama and depth that you may find in musicals. The text has a richness that I wanted to express through the movement of color and light, and these fixtures allowed me to do that.”

Does having moving LED fixtures impact the way you use colors and gobos?
“Having LED fixtures above the stage definitely impacted my ability to cut down on load in time, while not impacting my design. Instead of having to hang 3 fixtures each with a different color, I’m able to hang one fixture, address it, and have an endless gamut of colors at my disposal. This was crucial for this production with its limited tech time.”

Given that moving fixtures are typically larger than standard theatrical fixtures, how do you have to be concerned about their profile detracting from the aesthetics on stage?
“The Rogue Wash lights are by no means large lights. I was not concerned at all with them interfering with the aesthetic of the space. I was, however, worried about placing a lighting fixture from the 21st century in a play that is deeply rooted in a changing mid-century America. This, however, was not an issue, as the small profile of the R2 Wash tucked neatly into the grid.” 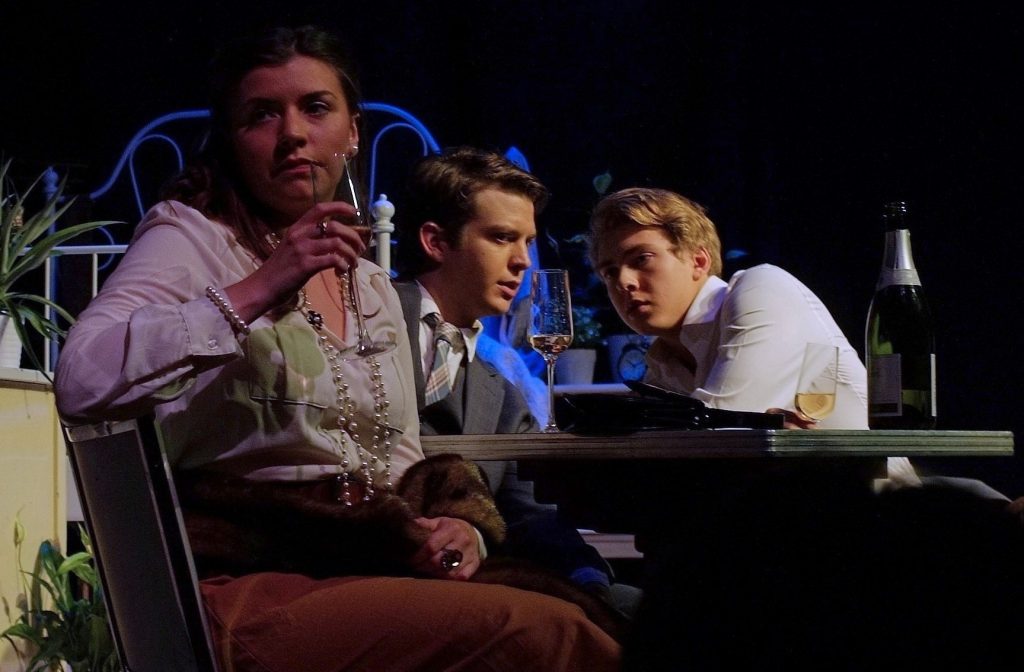 How about noise? Is it a factor with moving fixtures on stage?
“The little bit of noise that the Rogue makes was not an issue, even in a theater with no borders to dampen the sound.”

Although it wasn’t a play, when you used moving fixtures on a pop retail event for Reebok, you praised their ability to change the mood of a scene. We suppose that applies to dramas too; can you comment on that?
“The aesthetic for this event was white and black with crisp lines, much like the Reebok Future shoe that was being introduced. We used the Rogue R1 Spot to shoot crisp beams through the air, while the Rogue R2 Washes and Next NXT-1s were set to a macro to give a little movement. When Future arrived, we needed the versatility to take it from the crisp whitewashed event to a concert atmosphere. And magically with a touch of a button (not so much magic as we programmed the hell out of it ahead of time) we were able to change the entire vibe of the venue. Moving lights are an effective tool to accomplish this mood change, whether it’s on a theatrical stage or another site.”