NASHVILLE — Head on Collision was not one of New Found Glory’s bigger hits, but the 2002 song lives on today, at least indirectly. A year after the hard-driving metal track was released, a line from its chorus inspired the name of what would become one of this era’s most popular and influential bands, All Time Low.

This would not be the last time that the quartet from Baltimore would draw a spark of inspiration from an outside musical source and infuse it with a new level of energy and meaning. Like a giant river fed by countless streams, All Time Low has fused a multitude of influences into a genre-smashing sound that is all their own.

The diverse, far-reaching scope of their music is on full display on the current Sad Summer Festival/ Side Summer tour that the band is headlining. Visually reflecting their diverse sound in all of its freewheeling energy and power is a multi-faceted production design by Jeff Mathews and Christian Hall of Borealis Live Design that features CHAUVET Professional fixtures from their company’s own inventory. 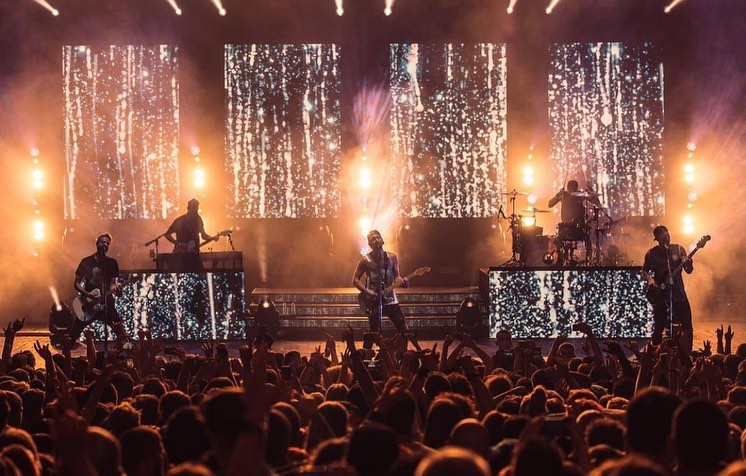 “We have a diverse range of looks in this show, but we’ve been careful in keeping a consistent theme,” said Mathews. “The show is a result of a balance achieved between the video content we’ve created and the lighting programming from ATL’s long-time LD Jeff Maker. The set features some crank-up LED video carts and some LED video facia in front of the risers.

“There are only so many things you can do with LED video set carts, so we had to get creative,” continued Mathews. “We looked at how and when the screens were used, and how they could be accented by lighting in a way that didn’t inhibit how they’d be viewed by audiences, at the same time we also wanted to make sure there weren’t parts of the set that felt neglected.”

Helping to tie the video carts together with the rest of the set and ensure that no parts of the stage were neglected is a collection of one-meter long EPIX Bar Tour LED units. Positioned on the front lip of the steps leading up to risers, the bars are used to display pixel-mapped video content. 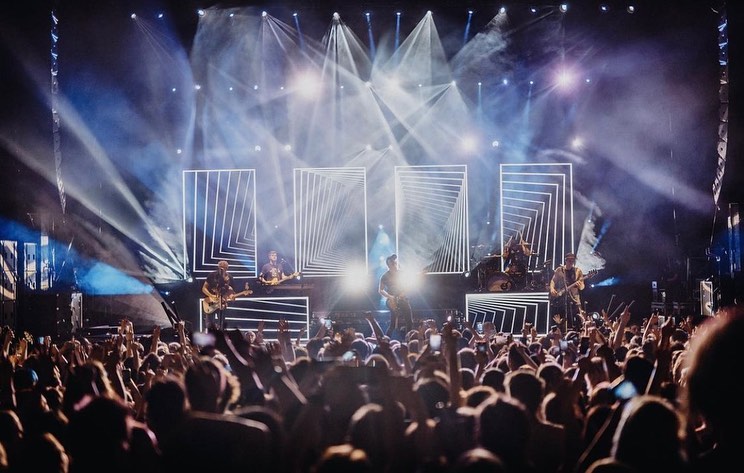 “The bars are very effective in tying the facia together with the rest of the set,” said Mathews. “Aside from displaying interesting visuals in their own right, they create a nice sense of continuity, and bridge the gap between the two riser facias.”

In addition to the EPIX Bar Tours, a collection of 19 Rogue R2X Wash fixtures is contributing to the comprehensive design. All but four of these units are positioned on five upstage pipe and base units along with blinders, while the remaining four are located with two on stage left and two right for side wash.

“The R2X Washes are giving us nice, saturated colors and they’re bright enough to cut in front of the LED and still be visible and punchy,” said Mathews. “We’re using them as beams as well as washes. They are tanks and definitely made for the road.” 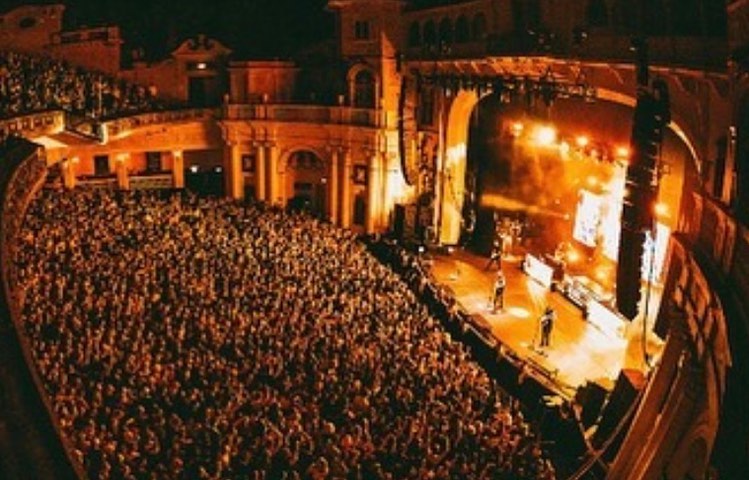 Taking the washes, as well as the rest of the rig, on the road for the tour is Jeff Maker. “Their narrow and wide zooms helped to transform the stage’s mood beautifully,” he said of the wash fixtures. “They give us extra sizzle because we can put out FX over the cells. Also, their output increases our flexibility. If we have to cut the number of fixtures in a rig at a particular venue, the remained Rogues can make up the difference with their punch.”

Maker’s work on the road has everything to do with the tour’s success visually day-to-day, according to Mathews. “Jeff Maker did an excellent job tying the show lighting together with the video content and created some really engaging looks,” he said. “The band’s road managers Tony Marino and Luke Meek have also been great to work with as well as the rest of their management team.

“Also, we have to mention our good friend Eric Doss, who was instrumental in helping develop many of the video looks and who helped tag team late-night video content creation with us for a few weeks,” continues Mathews. “Brittany Janae who handled all of the lyric overlays and intro/interlude videos and Santiago Torres the LED tech who kills it night after night.”

Having the opportunity to work with a group of talented and dedicated people has been “one of the joys of this tour,” notes Mathews. Others have been watching the final package unfold and seeing how creative input from multiple people comes together to really shape the show. Creating looks for the wide range of music this band reaches has been a “fun challenge” he says since each follows its own unique musical path – a path that crosses many musical influences and is all the richer for the journey. 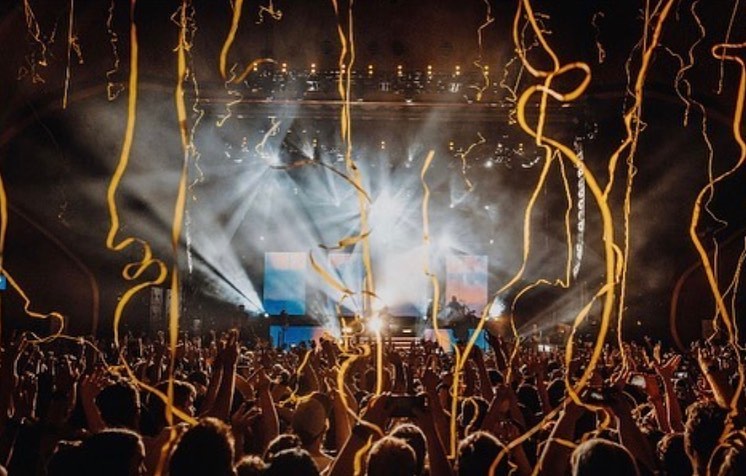